'The Nutcracker' Review: Boston Ballet is Back In Person with Mikko Nissinen’s Production 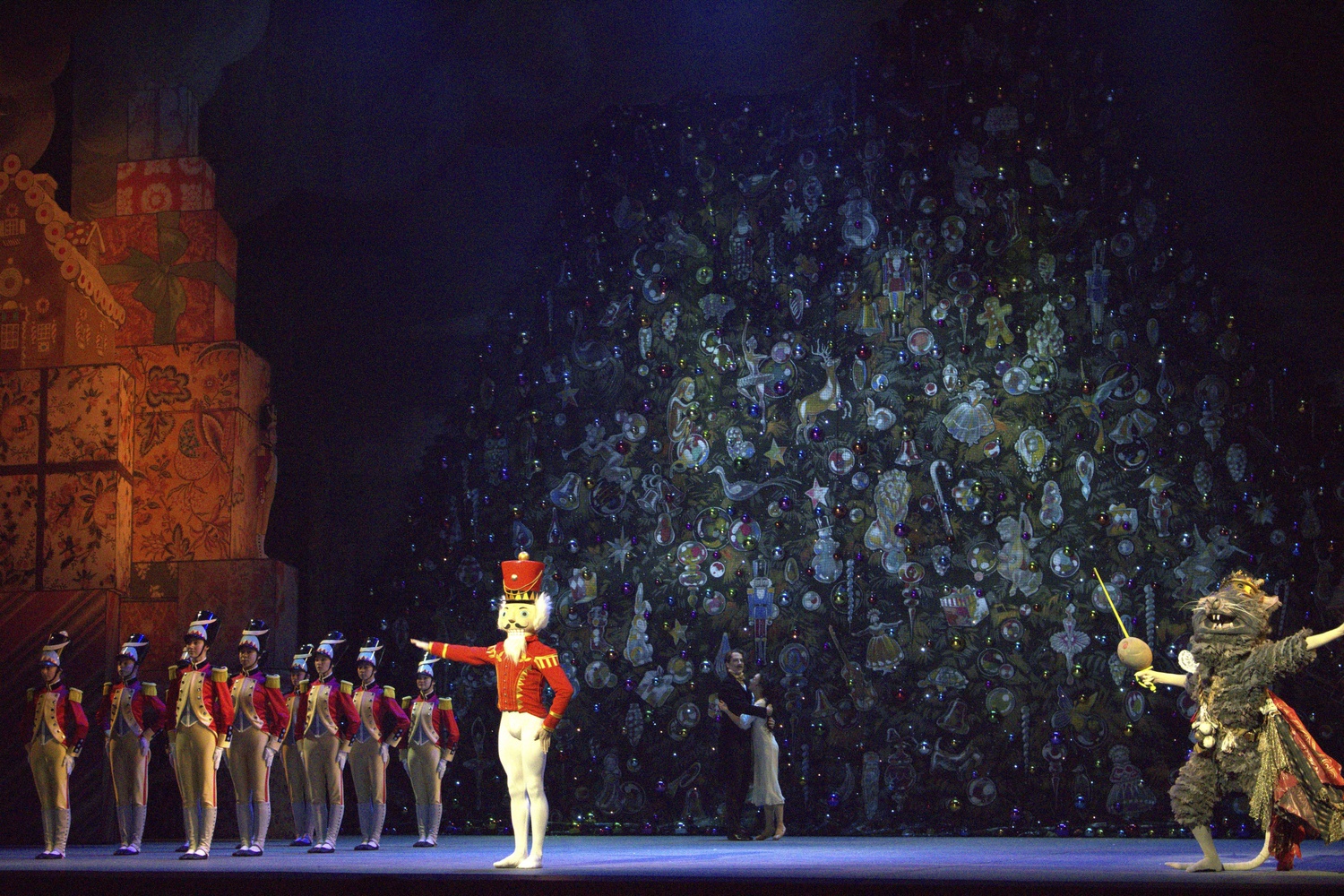 The Citizens Bank Opera House witnessed a magical performance of Mikko Nissinen’s “The Nutcracker” on Nov. 26. Not only was the show a comeback of a seasonal favorite just in time for the holidays, but it also marked the Boston Ballet’s first return to live performances since March 2020. The season premiere didn’t disappoint, pushing the musicality and theatricality of ballet to the max to render the performance as family-friendly as possible.

The first act was all about the sound of the holidays, featuring Paul Craig’s sweeping “Arrival of Drosselmeier” and Chisako Oga as the beloved Clara’s entrance to the light tune of “The Christmas Tree,” adorned by a fluttering blue bow kept in constant flight. The production’s Clara was perfectly cast — Oga remained graceful and fluid the entire time the demanding spotlight trailed her. A majority of the moments in Clara’s solos were made truly special by music director Mischa Santora’s conducting. The theme of each melody shifted to accommodate her emotions — from her dismay as the wooden nutcracker is broken by Fritz, to her jubilation when Drosselmeier fixes the nutcracker — every flicker of emotion registered thanks to the quality of feeling and unison emotional shifts santora successfully executed.

The stage effects also heightened the emotional stakes of the pivotal moments in the plot. When Drosslemeier left the stage, for example, the music went minor to convey Clara’s sadness. To accompany that minor shift, the lighting dimmed very slowly and redirected her attention to the Christmas tree, under which the toy Nutcracker was placed, two beams of spotlight shining on his armor as Clara’s dream brought him to life. The stage also shifted following that thematic transition, with the Christmas tree vanishing off the stage as a bigger one appeared in its place. The green and blue lights flickered as well, signifying the Nutcracker’s momentous awakening in the form of Paul Arrais.

The transition between each scene was executed seamlessly, and each prop seemed to be constantly in motion and keeping up with the lively pace of the music. Boston Ballet’s usage of props was not only technically impressive, but a powerful vehicle for imbuing humor into the classic show. The Harlequin Doll springing to life, the brooding Bear breakdancing, and the disjointed movements of the Ballerina Doll as she gets hauled offstage all created delightful moments of comic relief. Even the quirky steps of the fretting Governess (Ekaterine Chubinidze) in between scenes helps facilitate the lighthearted mood.

The second act was characterized by the aesthetic of the tale. From the moment the curtain went up, something magical shifted in the air, painting the whole landscape a shade of dream-like pink. Here, the amazing architectural design of the backdrop told its own story. This dreamlike stage transported the audience into The Kingdom of Sweets, where the Sugar Plum Attendants’ beautiful pink tutus blended with the blue-tinged background of the clouds and the pearly white gates of the Sugar Plum Fairy’s (Viktorina Kapitonova) castle. The costumes only got more grand with each scene. Sparkling details in the Dew Drop’s (Ji Young Chae) bejeweled corset reflected off the white columns and the celestial backdrop, truly dazzling the audience.

On the performance side, crowd favorites of the second act had to be soloists Chrystyn Fentroy and Patric Palkens, who were featured in the Arabian Coffee and Russian Troika respectively. Fentroy evoked a collective gasp from the audience as she hopped into a split lift, the beautiful jewels of her turban dazzling up high under the chandeliers to the rattling maracas. Likewise, Palkens garnered whistling cheers as he executed the technically challenging 540 and double tour jumps.

The integrated sound effects were also crucial to the mood setting for each scene. The Snow King and Queen (Lia Cirio and Patrick Yocum) took the stage to the strumming of the harp, the modulations of the xylophone arpeggio seamlessly harmonizing like their teamwork in the pas de deux. The twinkle of the triangle kept tempo for the Lead Flowers in the Viennese “Waltz of the Flowers,” rising from pliés with the swells of crescendo. However, with Santora conducting the Tchaikovsky score so perfectly, the principal dancers had some difficulty with matching that energy at times. A few pivotal moments in the music of the second act, especially in the Sugar Plum Fairy’s solo and the Waltz of the Flowers, were left empty in the choreography. In moments like these, the choreography wasn't fully emotionally unveiled, preventing the audience from connecting with the scene every now and again.

Despite these minor difficulties, the show’s return to the stage was as triumphant as audiences could hope for. The first act is all about the love for family. The second expresses Boston Ballet’s love for dance. All the stuff in between is sprinkled with a little bit of musical magic as Santora invites Tchaikovsky into the theater. What more can one ask for in a holiday performance?