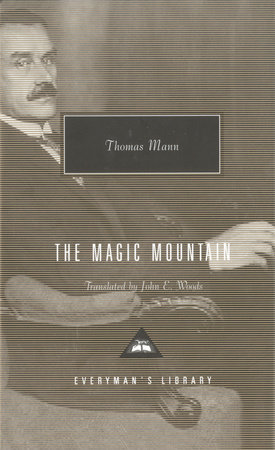 Life before Covid-19 feels like a century ago and yesterday at the same time. Everything is happening around us, but so little of it happens to us. It may be tempting to look backward to figure out how to feel during tumultuous periods, but art can more accurately reflect the true emotions of the past than a history textbook. Right now, Thomas Mann’s “The Magic Mountain” is that art. It gives a voice to those who are on uncertain terms with time itself.

By most accounts, the German Nobel Laurete’s novel is a difficult read. At over 700 pages, it is thick, dense, and occasionally a slog. Most translations leave much to be desired: The New York Times’ lede that the characters are “considerably closer to speaking English” in one edition is a backhanded compliment of the highest order. The final nail in the coffin is the novel’s prewar setting, one that feels alien enough for many cultural references to go unheeded. All of these are perfectly fine reasons not to read this book.

For its daunting length, Mann’s story is not that complicated. Hans Castorp, a young, clean-shaven man of privilege, visits his sick cousin Joachim at a sanatorium in the Swiss Alps. He intends to stay for three weeks but remains there for seven years. The Europe he knows disappears as he does, resulting in Hans’ return to an altogether different world. Aside from a brief detour to Hans’ childhood, the narration proceeds linearly, from his arrival to the “thunderbolt” that forces his departure.

How Mann proceeds, though, should intrigue quarantined readers. Take, for instance, the book’s seven chapters. They don’t correspond to years, as the first three chapters constitute only a few days. Their distribution is laughably uneven; chapter four is well underway by page 100. Mann’s reasoning is simple: Hans intended to make a quick trip, but he soon discovers he is unwell and becomes a patient himself. He laughs at his cousin’s warnings — “‘You wouldn’t believe how fast and loose they play with people’s time around here.’” — but becomes susceptible to the same disorientation the other patients experience. Time, which used to move quickly and uniformly, has become an unreliable barometer of development (“‘How long or short [time] moves in actuality, no one knows’”). Hans’ struggles with time could not be more relatable in today’s climate.

Why the story — which its narrator describes as a “time-novel” — is obsessed with the subject becomes painfully clear with more context. “The Magic Mountain” depicted a bygone era even to readers of its first edition in 1924. “[The story] does not actually owe its pastness to time,” Mann writes in the foreword; instead, it is war that has fundamentally severed the Berghof sanatorium from the audience’s lives.

There was a demand for escapism among Mann’s contemporaries, for works of art that ignored the ugly reality of life in a defeated power. However, Mann cannot divorce his prewar narrative from the death and destruction that immediately follow. It haunts “The Magic Mountain” and everyone involved, constructing a dramatic irony that the world these characters know will be forever changed. Joachim yearns to be a soldier for his homeland, but the reader knows he is doomed should he leave the mountain. One character, a Romantic idealist, yearns for a new world order as he downplays developments in the Balkans. The mountain is magical because it insulates Hans from what happens below until the entire continent falls into a hellish apocalypse. One could even say it quarantines him.

The mountain does more than just protect Hans from geopolitical machinations. It obscures his own mortality. Death constantly surrounds residents of the Berghof, but much like Mann’s contemporaries, they prefer to hide from painful thoughts, refusing to mention sickness in social interactions. Even in a glorified hospital, suffering can be reduced to a statistic. Hans has to actively expose himself to it in the “Danse Macabre” section to fully gauge the misery around him. That realization is only temporary, though, as Hans falls deeper into the mountain’s trance. It takes a near-death experience in the beautifully written “Snow” section for him to recognize his limitations and acknowledge the frailty of his own life. It is a self-contained adventure and dream sequence — one that reads well on its own if the novel’s size proves too formidable — that packs in enough metaphor and symbolism to fill multiple books. Indeed, Mann noted later in life that “The Magic Mountain” contains so much that it should be read twice.

Once, however, should be enough for readers to come away with a quarantine read that directly and surprisingly addresses the uncertainty of recent times. Mann leaves more to be unpacked — the ever-present sexual tension, debauchery in the face of danger, horrific insights into prewar medicine — but no theme hits harder today than time. Especially in isolation, its movement can be inconstant and volatile. Much like Susanna Clarke’s “Piranesi,” it feels validating to read about an isolated character, divorced from reality, who is subject to events outside their control.

“The Magic Mountain” works right now because it recognizes that time is what we make of it. It’s easy to come out of the book a pessimist. Hans wastes his time, never quick enough to find love. That is a dark ending, but Mann never advocates giving up. Exactly what he advocates for is hard to decipher. His writing is elusive, and the book rarely provides easy answers. Tellingly, though, Mann leaves his readers with a question, the answer to which should inspire confidence even in the darkest of times: “Will love someday rise up out of this, too?”

Today and tomorrow — amidst death and disease — we must hope it will.