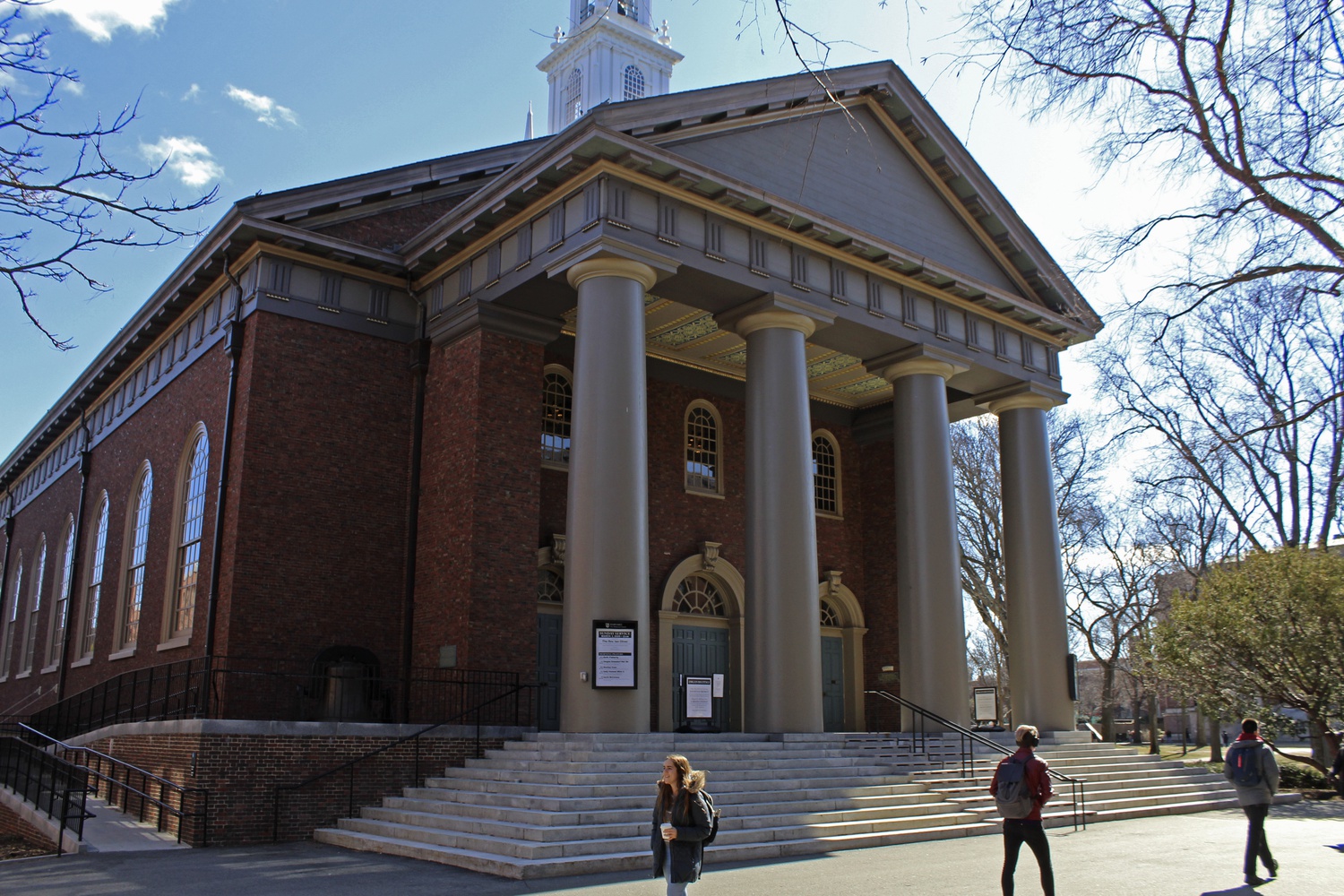 As the College approaches the first anniversary of sending students home due to the pandemic, students said they have adopted new ways to practice their faith in the Covid-19 era. By Aiyana G. White
By Alex M. Koller and Taylor C. Peterman, Crimson Staff Writers

D. Anthony Alvarez ’21, a member of the Harvard Latter-day Saints Student Association, has attended religious services at the same congregation off campus since he arrived at Harvard as a freshman.

This semester, Alvarez said he still attends services at that same congregation. Amid Covid-19, though, he must sign up to attend ahead of time, don a mask, and eschew singing, which can spread infectious particles.

As the College approaches the first anniversary of sending students home due to the pandemic, students said they have adopted new ways to practice their faith in the Covid-19 era, including attending reduced-capacity services, convening for religious conversations over Zoom, and seeking support from Harvard chaplains.

Without a physical space to practice her faith, Tarina K. Ahuja ’24 said she finds solace in Zoom meetings with the Sikhs and Companions of Harvard.

Ahuja said she appreciates how the virtual space has provided her spiritual and personal relationships.

“Practicing faith in a pandemic is obviously really, really difficult because you can’t practice in person like you used to,” Ahuja said. “There are frankly so few Sikhs at Harvard, so finding that community was definitely difficult over the first semester.”

“Having that footing has really meant the world,” she added.

Matthew M. Jelen ’21, a member of Harvard Hillel, said the organization has adjusted most of its social programming to an online format. For ritual and prayer, members have turned to their local congregations.

“What’s really missing is the more religiously oriented programming,” Jelen said. “Students have been forced to turn to their home communities — especially students who are living off campus — to basically get the religious programming that they would normally find at Hillel.”

Bracha Rosenberg ’21, another Hillel participant, said online services — which have become popular during the pandemic — can be restrictive to people who closely observe Shabbat, including herself.

The pandemic has also created difficulties for Muslim students who partake in Ramadan — a month-long holiday that practitioners observe through fasting and prayer — which begins April 12.

Before the pandemic, Harvard Muslim Chaplain Khalil Abdur-Rashid said he hosted nightly Ramadan dinners for students to break fast together and have access to halal dining.

“[Harvard University Dining Services] had not really offered halal dining in the past, other than just halal chicken occasionally,” he said. “Because of the Covid situation, the really good thing that has come about is that HUDS is reforming how they’re doing dining, particularly for Muslim students.”

Aisha C. Abdelhamid ’23, co-president of the Harvard Islamic Society, said the group successfully advocated for HUDS to expand its dining options to include halal food this semester.

Abdur-Rashid said he hopes Muslim students living on campus will be able to come together to observe the holiday.

“Maybe something can be done at the College where students can break fast together, even in groups of two,” he said. “In some way that is acceptable so that some sense of community can be retained.”

Ojo said he and other students have tried to replicate the “intimate interaction” provided by in-person group events.

“We still try to simulate the same thing over Zoom, so definitely grateful for that space because it has been a hard time,” he said.

John E. “Jack” Markert ’23, a member of the Harvard Baha’i Association, said he has found it difficult to build connections through online programming. Still, he said the organization has seen sizable turnout at its virtual events.

In addition to replicating its in-person programming virtually, Harvard Dharma, a Hindu student association, has created unique events tailored to the remote setting, per the group’s co-president Pranati P. Parikh ’21.

“Rather than doing really, really big Zoom calls once in a while, we’re trying to do smaller things more regularly and let people know that we’re here in spirit,” Parikh said. “We’re here to support them.”

On one Zoom call, for example, club members shared with one another how they practice Hindu rituals in their households.

“The very meaning of the retreat is retreating from all the distractions in the outside world,” he said. “I think it’s working very well.”

Humanist Chaplain Greg M. Epstein said he has made it a habit to check in on his students directly.

Chana “Adelle” Goldenberg ’21, co-president of the Harvard Community of Humanists, Atheists, and Agnostics, said she turned to the organization to cope at the start of the pandemic.

“I returned again to the basic questions that led me to a spiritual organization, which is, ‘What’s the meaning of life and how do we make the most of it?’” Goldenberg said.