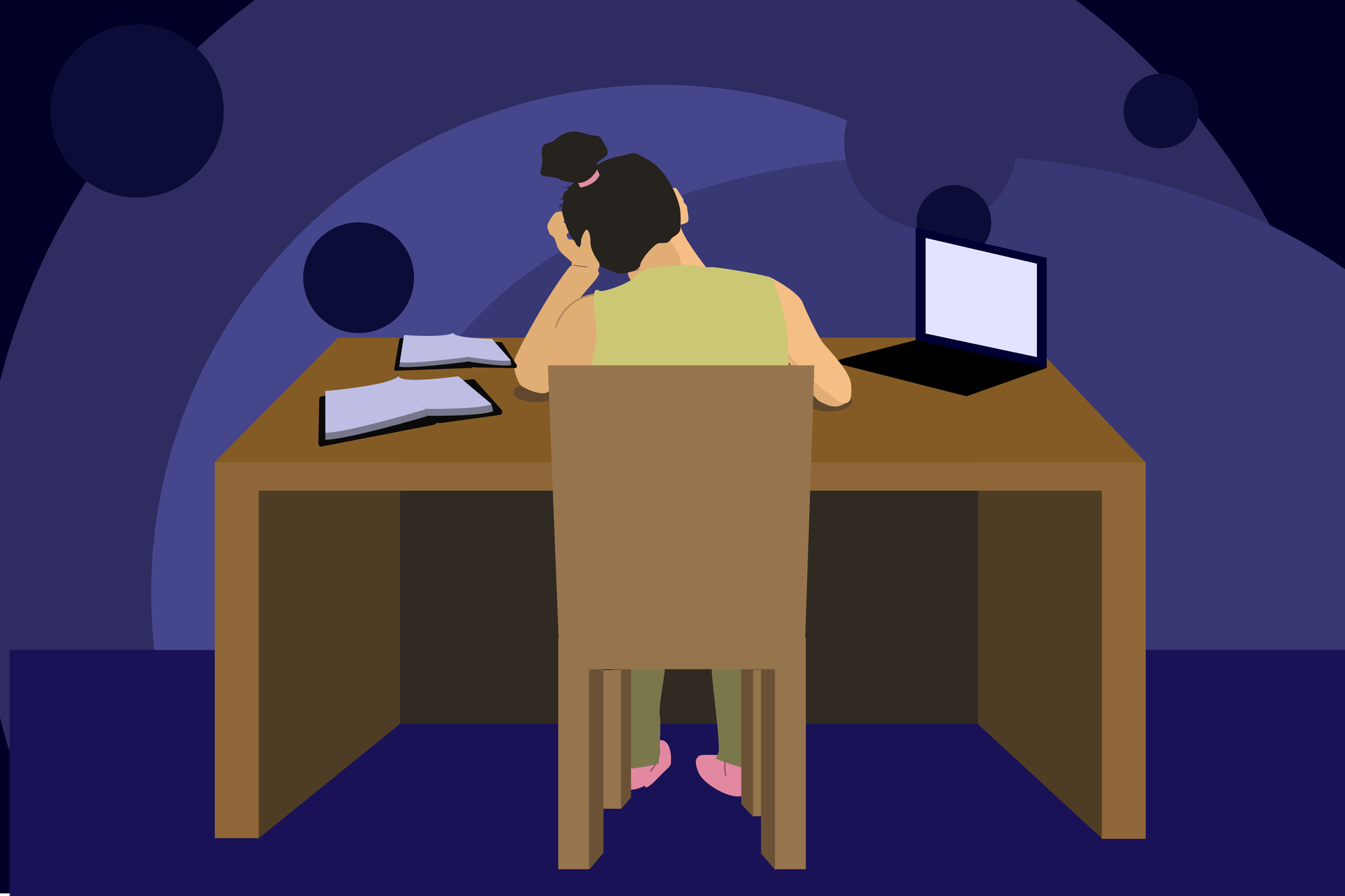 By Alex M. Koller and Christine Mui, Crimson Staff Writers
Many young adults, including some students at Harvard, have reported declining mental health during the coronavirus pandemic. By Justin Y. Ye

For Amanda S. Gonzalez-Piloto ’21, taking a leave from the College one semester shy of graduation was a “last resort” after failing three classes and dropping one of her concentrations.

When the College shifted to remote learning in response to the Covid-19 pandemic, Gonzalez-Piloto — who has academic accommodations for ADHD — said she had difficulty focusing in her Zoom classes and experienced panic attacks while finishing her final assessments.

Citing minimal support from campus mental health resources in the past, Gonzalez-Piloto said she did not have an established mental health support system in place when the pandemic forced students off campus last March, which exacerbated the challenges to come.

Gonzalez-Piloto is one of many young adults, including some students at the College, who reported declining mental health during the pandemic.

According to June survey data from a U.S. Centers for Disease Control and Prevention report, 62.9 percent of adults aged 18 to 24 have reported symptoms of anxiety or depression — more than any other adult age group — and 25.5 percent said they had seriously considered suicide.

In the year since the College transitioned to remote learning, some undergraduates said they have grappled with mental health crises while struggling to succeed in virtual classes and navigating unsupportive learning environments. Some students said Harvard has not done enough to support them.

After Harvard sent undergraduates home last March, Gonzalez-Piloto said she lost her only source of income, a work-study job. In addition, once the College canceled theater shows and extracurriculars were rendered virtual, she said she felt the “crushing belief” that she was “rushing towards nothing.”

“Not everybody in the theater community responded to [the pandemic] by shutting down like I did and like a lot of people who have prior [health] conditions,” Gonzalez-Piloto said, pointing to classmates who continued to write screenplays or participate in Zoom theater.

Gonzalez-Piloto added that her difficulty in meeting final deadlines and absorbing material from online courses during the fall semester resulted in her failing three classes.

Ryen A. Diaz ’21 said she was “doing pretty well” at the start of the pandemic, but writing her Social Studies thesis took a significant toll on her mental health in the fall. The Social Studies department, which requires a senior thesis, elected not to extend thesis deadlines this year.

Diaz — who has previously been diagnosed with and hospitalized for severe mental health issues — said she woke up “overwhelmingly anxious” every day while writing her thesis.

“I ended up actually in the hospital in the fall because I was just non-functional. I was having a really, really, really difficult time for several weeks — couldn’t eat, had lost a lot of weight,” Diaz said.

Ilana A. Cohen ’22-’23 — who has dealt with anxiety, panic, and depression for years — said mental health played a large role in her decision to take a year off from school.

“I couldn’t fathom the concept of being in remote class. For me personally, that is truly torture,” she said. “My own anxieties are exacerbated by being stuck behind a screen when it comes to doing things that are going to be formally evaluated.”

She said moving in with friends upstate last fall and having access to Zoom therapy helped to improve her mental health during quarantine.

“It’s been a difficult experience, but it’s also been an incredible growth opportunity for me personally,” Cohen said.

Kathryn S. “Kat” Boit ’22-’23 said her decision to take a gap year was primarily influenced by her mental health and the absence of in-person learning opportunities offered by the College.

“There is truly nothing that Harvard could’ve done that would’ve brought me back to school for a virtual semester,” she said.

Some students reported a return to unwelcoming home environments during the pandemic also spelled a downturn in their mental health.

Though she went home to an “extremely supportive” family last March, Boit said hometown trauma made living and taking classes there distressing. Away from her campus support network, she said she also experienced fear of abandonment, a key symptom of her borderline personality disorder.

“It made it really difficult for me to focus on my schoolwork when I was experiencing flashbacks and very unstable mood swings,” Boit said.

After College students vacated their dorms last year, Jaden D. “JD” Deal ’23 said some BGLTQ and first-generation and low-income students did not have safe households awaiting them — with some experiencing homelessness.

Though Deal said his family is supportive of his identity, he said his home state of Iowa is less accepting.

“I know that this is a state that I’m not safe in, where it’s not as safe to be open about my own queer identity,” he said. “It’s not safe to be queer in some of the places that we’re returning home to, which is really scary.”

Providing confidential resources for students in unsupportive homes is a chief concern for Contact, a peer counseling group geared toward BGLTQ undergraduates, according to co-directors Artea Brahaj ’23 and Shafi Rubbani ’22.

“The biggest thing that we’ve been considering is how to be as accessible as possible during an online semester,” said Brahaj, a former Crimson News editor. “We’ve had situations in which people had to go back in the closet during this time because they’re living with family.”

Brahaj said Harvard’s Counseling and Mental Health Services permitted Contact and other peer counseling groups to reintroduce individual counseling this semester — in a reversal of its policy for those groups last fall — provided that one on-campus counselor is present during the virtual session.

Still, Rubbani said the online format of counseling this year dissuades some students from seeking support.

“In practice, I don’t think we see as many people come in to Contact,” he said. “It’s hard to seek help — it’s hard to talk about difficult emotional subjects, and anything that makes that harder is just going to discourage people from coming.”

Associate Dean of Students for Inclusion and Belonging Alta Mauro, who also staffs the Office of BGLTQ Student Life, said the Dean of Students Office approved on-campus housing requests for all undergraduates who indicated they felt unsafe at home, including for reasons related to gender expression and sexual orientation.

“When students said that there were significant barriers to their learning or there were threats to their sense of psychological safety, we took students at their word,” Mauro said. “Many of the students for whom that was true are now on campus, and they would likely report that they’re safer.”

In a late February interview, Dean of the College Rakesh Khurana said students can “fully express” themselves at the College and feel “celebrated and accepted” for their identities.

Khurana acknowledged, though, that “many students” reside in hostile settings outside Harvard's gates.

Boit said she felt she could not find a private space in her home to attend her virtual therapy and psychiatry appointments.

“I personally became very uncomfortable with virtual therapy and psych appointments and group therapy because I felt like I didn’t have a space to express myself anymore without being overheard,” Boit said. “And this is in a family that knows about my diagnoses and my issues.”

On the other hand, Gonzalez-Piloto said she faced transparency issues while undergoing CAMHS treatment.

In January, she said she stopped seeing her CAMHS psychiatrist in part because she discovered he was involved in a wrongful death lawsuit alleging negligence in care for Harvard undergraduate Luke Z. Tang ’18, who died by suicide in September 2015. The psychiatrist said he could not disclose his involvement with the lawsuit, per Gonzalez-Piloto.

Spokespeople from the University and Harvard University Health Services did not respond to questions about whether CAMHS clinicians are prohibited from disclosing their involvement in the lawsuit to patients.

Gonzalez-Piloto said she had previously suspended her CAMHS therapy visits after finding them unhelpful and having her appointment time shortened due to capacity issues. She said when she went through CAMHS’s out-of-network referral process, she was dropped by a therapist over text during the pandemic and did not receive a call back from other therapists she was referred to.

“I feel like Harvard does a great amount of work to push all this onto student community care,” Gonzalez-Piloto said, adding that she thinks CAMHS is “severely understaffed.”

University spokesperson Jason A. Newton did not respond to questions about CAMHS’s staffing.

“You should not be waiting for mental health interventions until people are in suicidal episodes,” Diaz said.

Deal said the “bureaucratic” process of scheduling CAMHS appointments deterred him from utilizing the resource.

“Tell me that I can go online right now and schedule a meeting five to 10 days down the line that’s an actual therapy session, and I will go,” he said. “I don’t want to draw out the process of having to schedule a meeting for therapy over the course of a month. It’s just ridiculous.”

In response to criticisms concerning scheduling delays, Newton wrote in an email that the estimated wait time for CAMHS therapy appointments is roughly 10 to 12 days.

Reflecting on her search for mental health support at Harvard, Gonzalez-Piloto said she has tried almost every resource available to no avail.

“Everything that could have possibly gone wrong with my experience with CAMHS has gone wrong,” she said. “If I don’t think of it as being so chaotically funny, then it would be so crushing that I would never seek help.”

If you or someone you know needs help at Harvard, contact Counseling and Mental Health Services at (617) 495-5711 or the Harvard University Police Department at (617) 495-1212. Several peer counseling groups are offering virtual confidential peer conversations during the pandemic; learn more here.