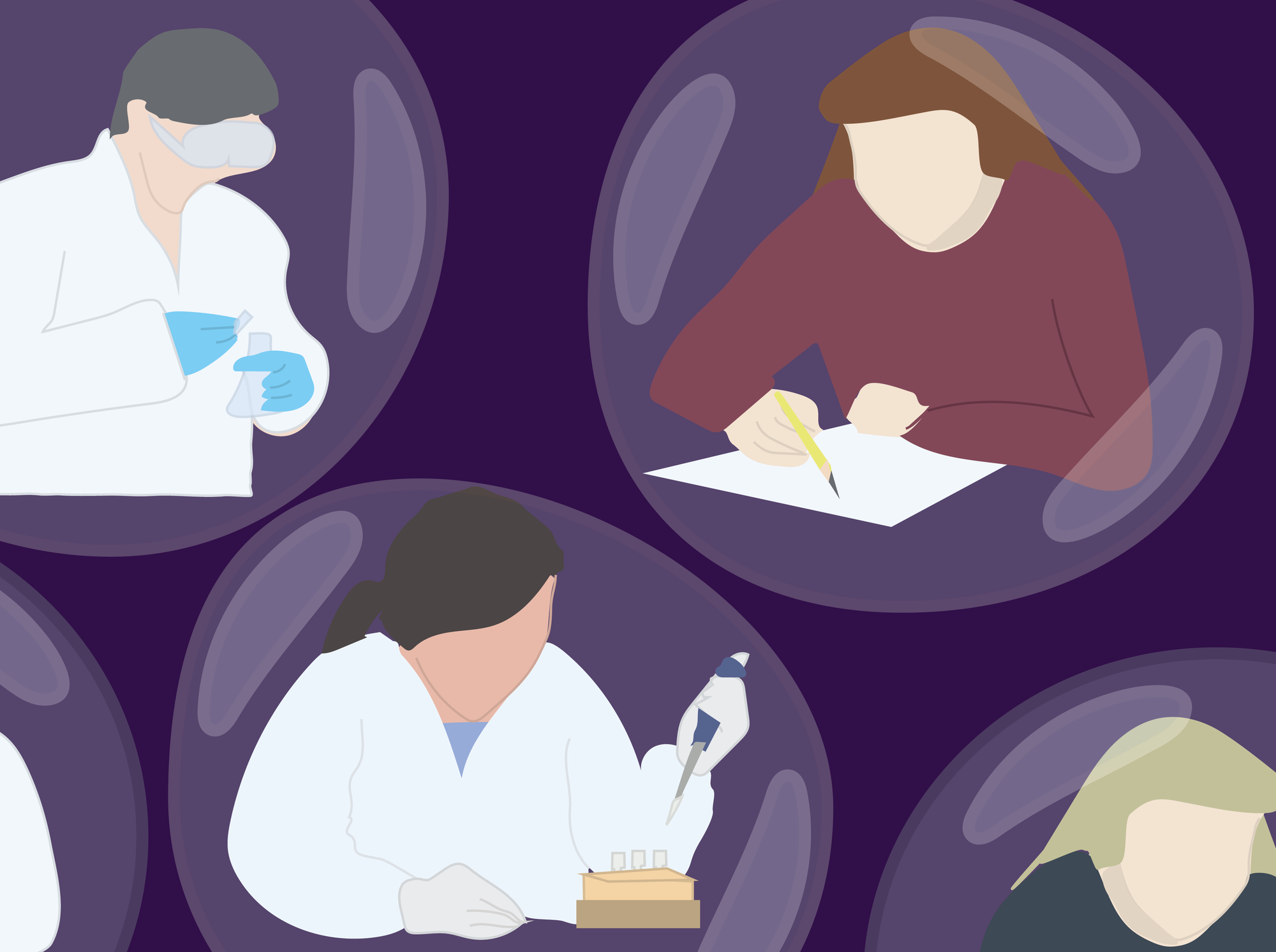 Tara Bassi, a first-year student at the Harvard Graduate School of Design, has only experienced Harvard from her desk in Delhi, India. Barred from Harvard’s gates due to the global pandemic, Bassi has had to navigate experiences she would have had in person on Zoom — often with mixed results.

“My internet is not stable. Sometimes my power goes out, and I’m sitting in the dark,” she said. “There’s not much consistency across the board in terms of what resources we have, where we are, what we can do.”

Since the onset of Covid-19, graduate students like Bassi have not merely been tasked with adapting their learning and scholarship to a digital platform. The dearth of in-person interactions that has persisted as Harvard enters its 13th month of online school has forced them to reconsider what academic, social, and emotional work entails.

Marisa J. Borreggine, a third-year Ph.D. candidate in Earth and Planetary Sciences, said the proliferation of activities that take place online has muddled boundaries that once gave her life structure.

“I have to shoot them an email, and wait, or send them a message on WhatsApp or Facebook Messenger or Slack, which is blurring the lines even more between what is work, and what isn’t work,” she said.

Prior data lays foundational evidence for the toll the pandemic has taken on graduate students’ lives. Open from May to September of 2020, a survey organized by the Harvard Graduate Council identified obstacles to graduate students’ wellbeing.

Of the survey’s 1,952 respondents across Harvard’s 12 graduate schools, roughly 1,050 cited “emotional and mental wellbeing” as a barrier to online learning. Approximately 390 cited time zone differences as a hinderance and roughly 200 said they were impeded by a lack of stable Wi-Fi.

Unlike undergraduates, who enjoy structure from a host of college resources and activities, Bassi said graduate students’ lives are less coordinated, which has made them feel further disconnected from their peers during Covid-19.

“In college, I feel like everybody is having a similar experience. Over here, it’s everything you can possibly imagine,” she said.

“Pre-Covid-times, I would ask someone in my lab, ‘Hey, let’s go to the cafeteria together at the Harvard Law School and grab lunch.’ And then he or she would tell me about their research, and we’d share ideas — that’s completely gone,” he said.

For students whose fields require hands-on learning, the shift to online learning has been particularly pronounced. In replacement of hands-on models, Bassi and other Design School students are utilizing the 3D-modeling software Rhino to construct virtual models. 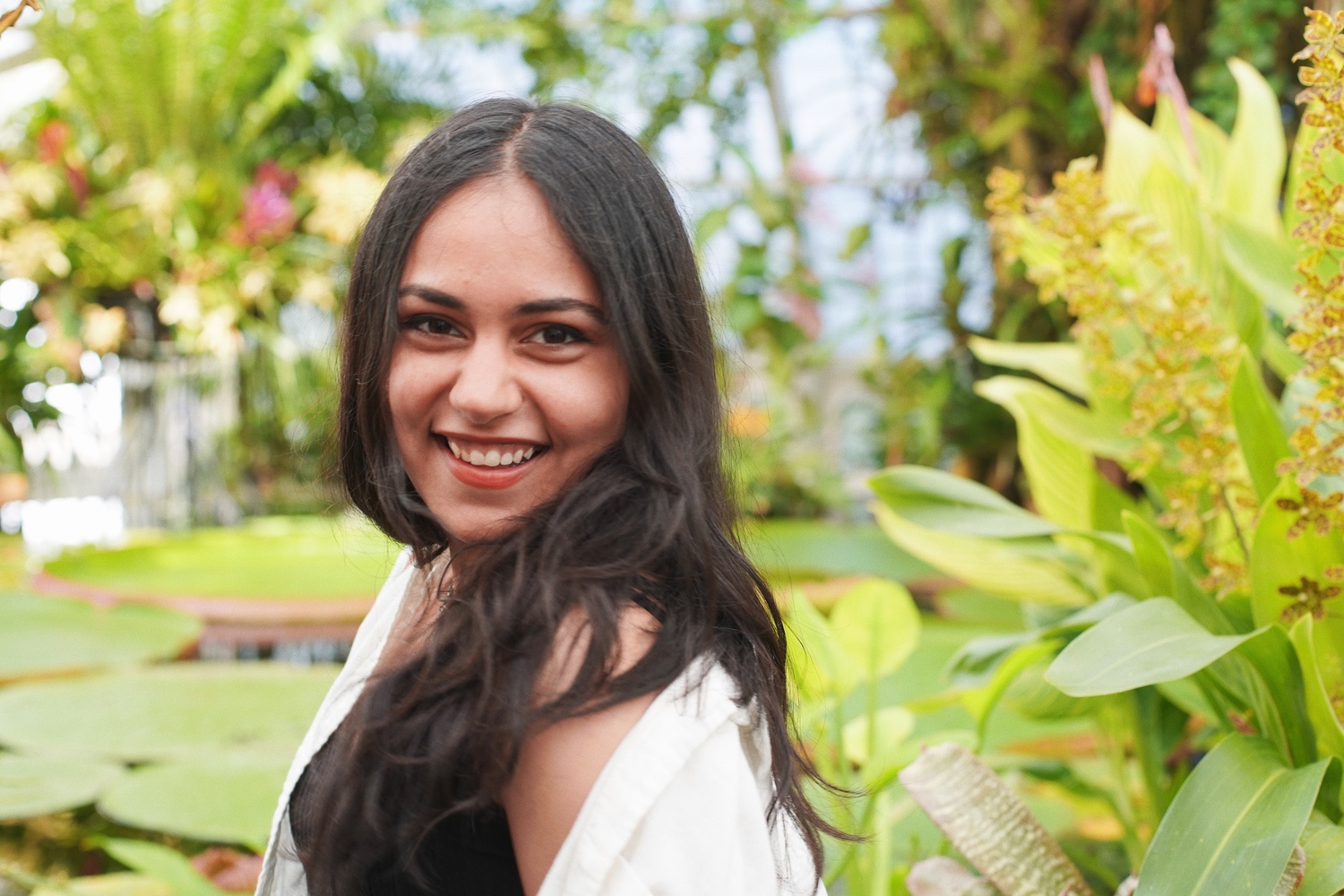 Tara Bassi, a first-year student at the Harvard Graduate School of Design, currently resides in India. By Courtesy of Tara Bassi

“I have to imagine a 3D scenario in a 2D space,” she said. “I can’t see it, I can’t touch it, I can’t physically cut it or open it up. I have to think about all those things in this flat screen. It’s quite difficult to understand those spaces and design something three-dimensional two-dimensionally.”

While students could conveniently rely on support from colleagues when they were all learning together on campus, Borreggine, who studies the role of sea level change in ancient and historical human migration events, said reaching out for help online is burdensome.

“I plopped my laptop down on the desk next to someone and they helped me debug something. Now, I’m screen-sharing,” she said. “And it’s hard to read — it just makes everything so much more complicated.”

Just finding the motivation to soldier through online classes is also difficult, said Rutvij Merchant, a student in the Master’s in Public Health program at the Harvard School of Public Health. Merchant, who is from Dubai in the United Arab Emirates, said it is easy to “not be 100 percent there” during virtual classes.

“It really places the onus on you to be very self-motivated,” he said. “When you’re in person, there’s a lot of external factors that are helping you stay in the moment, and engage with material.”

Merchant said experiencing three months of Harvard in person before the pandemic struck — a period he described as “fantastic” — has accentuated the shortcomings of online education.

“I saw what in-person learning looked like, and what being part of that thriving learning community at a particular school could resemble,” he said. “It’s very easy to flip into thinking of what could be and what is, and then thinking about the difference between the two.”

“You become very anxious, because you’re like, ‘I’m here for a short period of time, and is this just what we’re going to have?’” he added. 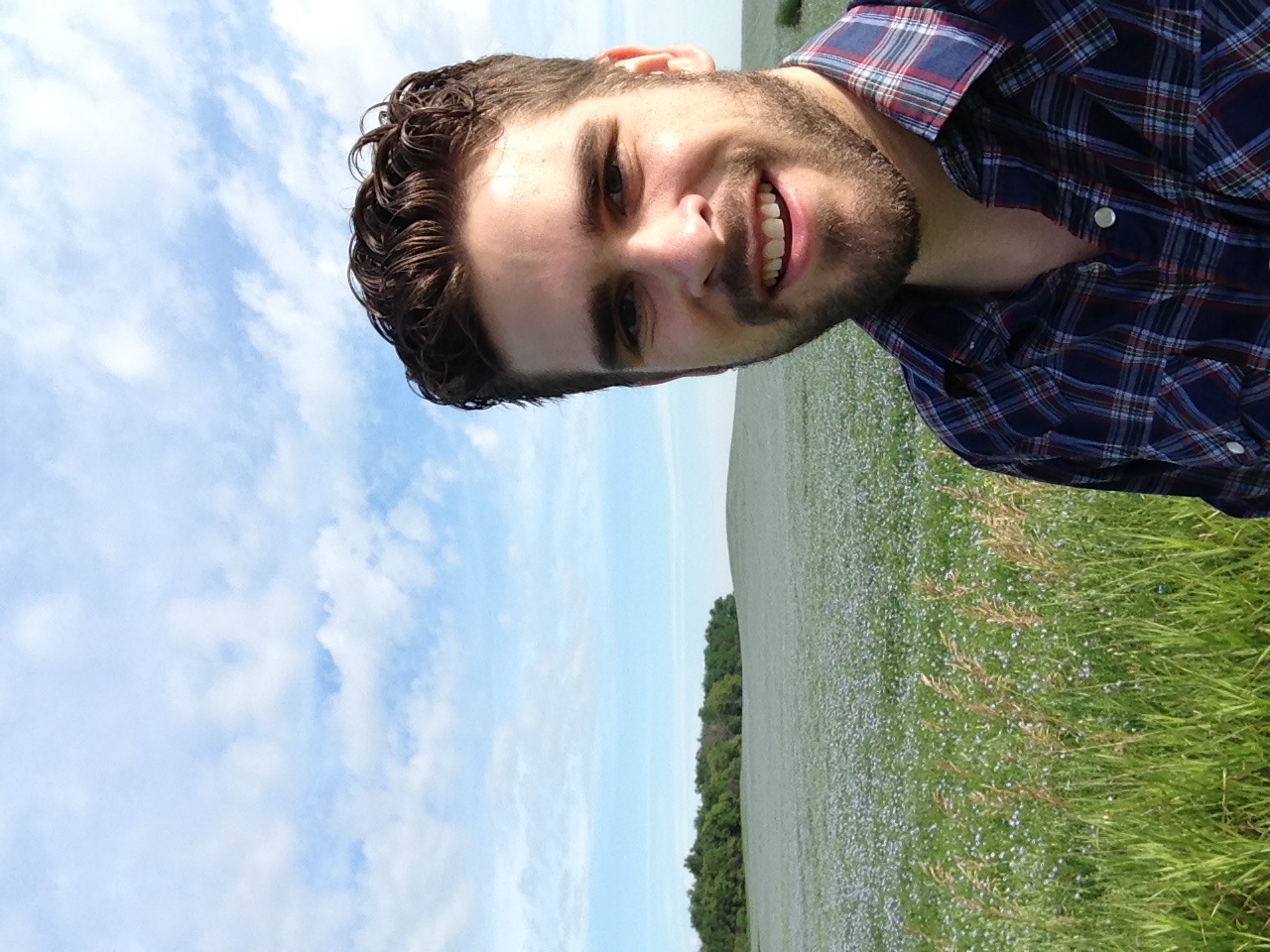 Mark York is a third-year Ph.D. student in Computer Science. By Courtesy of Mark York

While Cambridge’s once-happening “house party scene” brought graduate students from different programs together, students are now more “siloed” and interact mostly with people within their departments.

“Even if it were something like a Game of Thrones watch party, that’s where you met people from MIT, met people from different schools — those peripheral connections that bring new ideas and introduce you to people you wouldn’t have otherwise met,” he said. “I found they’re pretty much gone.”

In addition to large gatherings, the pandemic has erased some mundane social interactions from graduate students’ lives. Jason E. Anesini, a third-year Ph.D. candidate in the Chemistry department, said the coronavirus crisis has reduced his position as a non-resident tutor in Dunster House — in which he serves as an academic adviser to undergraduates — to a “perfunctory” role.

“I haven’t been able to eat in the dining halls or network with people — I don’t really think people know I exist,” he said. “There’s a physical disconnect that’s hard to bridge over Zoom.”

Starting graduate school virtually was a particularly isolating experience for Karis E. Will, another Ph.D candidate in the Chemistry and Chemical Biology department.

“The sheer isolation of starting anew without being afforded the ability to go out into your environment and meet people, have a community — that was hard,” she said.

“For me, an important thing is finding a chosen queer community,” Will added. “Not being able to do that has been pretty harsh.”

Though graduate students reported feeling academically constrained and socially isolated over the past year, some pointed to the convenience of Zoom and activities away from their computer as positives amid the pandemic.

Despite its challenges, Graduate School of Education student Said Bilani credits the focus on digital learning for encouraging him to approach his coursework and extracurricular endeavors in innovative ways.

“Moving forward, I can’t imagine going back to a traditional environment,” he said.

Bilani, who leads nonprofit initiatives domestically and in the Middle East, said the normalization of video calls through Zoom has made it easier to deepen relationships.

“It’s shown me the rich power of partnerships — for example, I’m able to develop public-private partnerships in Lebanon, by as little as a Zoom call,” he said.

For Peter Choi, a first-year student in the Master’s of Bioethics program at Harvard Medical School, Zoom has enabled him to maximize his efficiency.

“I can book things back-to-back-to-back about five minutes apart, and attend everything in the comfort of my own home,” he said. “My schedule has been more packed, if anything. And that will definitely change once I actually have to start being mobile and move from location to location.” 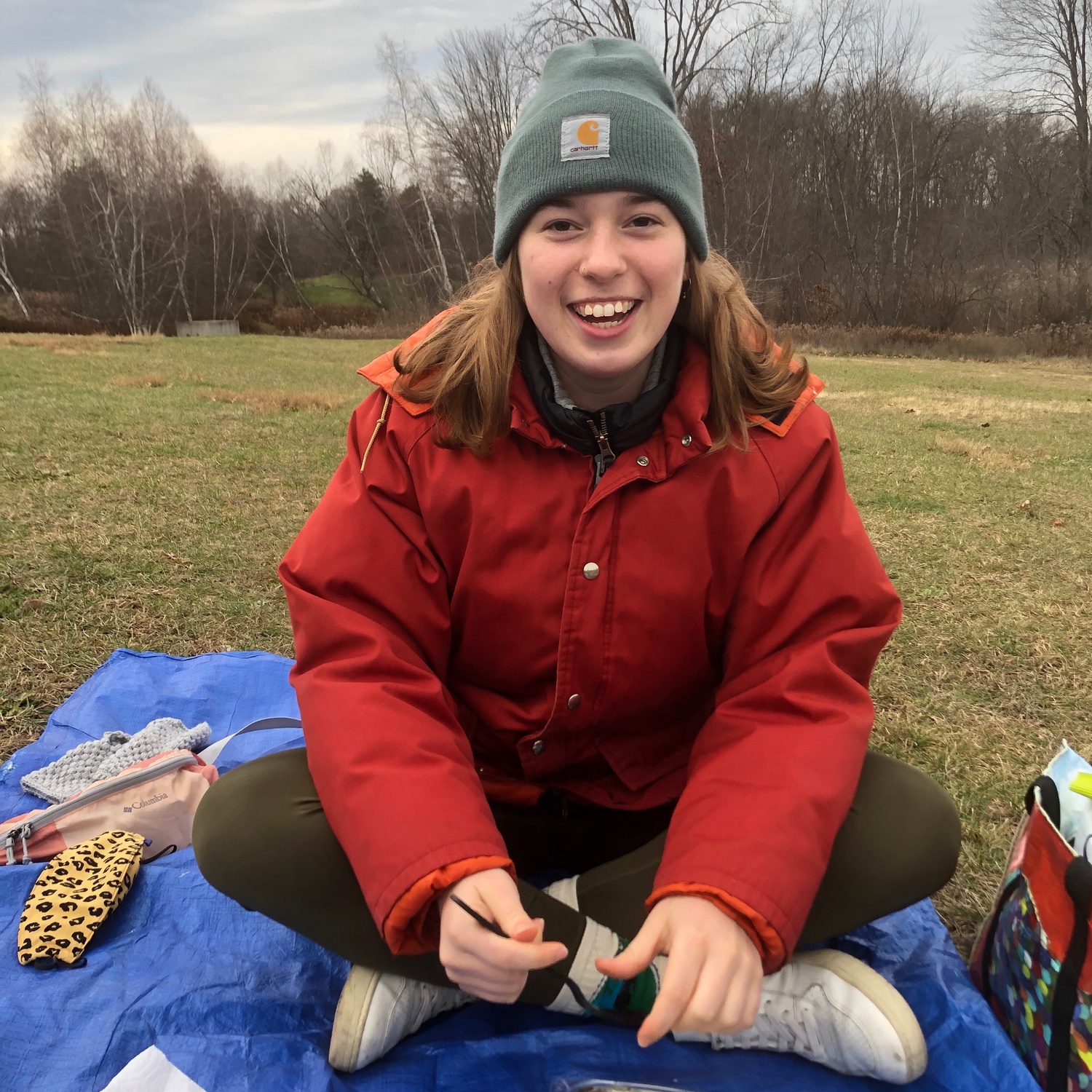 Choi, who also serves as a volunteer at Brigham and Women’s Hospital, also said the in-person experience of seeing “fresh faces” has improved his wellbeing over the past year, which has been isolating for many people.

“I have this benefit of volunteering, which is a very physical activity,” he said. “I do meet people there, too, who are fellow volunteers and paid staff members who are helping out during the Covid pandemic.”

Anesini, too, said his ability to work in person at a lab helped him establish a sustainable work-life balance.

“It’s really nice to be able to have a separate space where I work. And then when I leave that, I can think about my personal life,” he said. “I think for a lot of graduate students, it’s difficult because they don’t have the ability to do that.”

Over the past year, Borreggine said she has found solace in organizing for Harvard’s graduate student union. Borreggine, who currently serves as the Harvard Graduate Students Union-United Automobile Workers’s vice president, called her activity in the union a “healing and restorative process.”