‘The Father’ Review: A Heartbreaking Depiction of Dementia 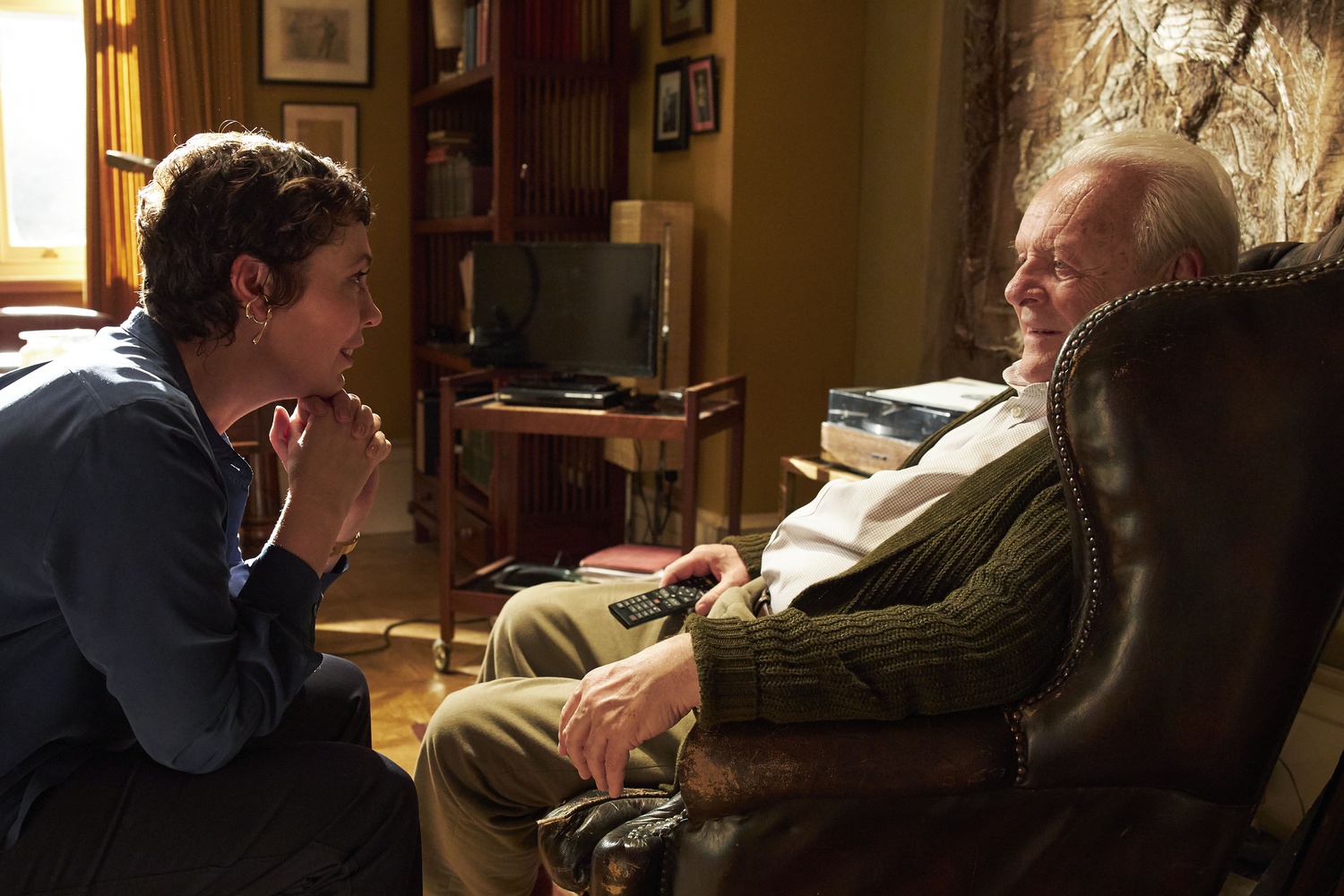 The formal and vaguely impersonal title of “The Father” — adapted from Florian Zeller’s French play of the same name “Le Père” — evokes a certain sense of cold detachment. Yet the poignant story that unfolds in Zeller’s directorial debut could not be further removed from this initial impression. With strikingly immersive storytelling, “The Father” forces its audience to assume the perspective of its protagonist, ensuring that they will feel anything but detached from his deeply emotive story.

The titular character Anthony, played by the inimitable Anthony Hopkins, is an aging father suffering from dementia. His doting daughter Anne (Olivia Colman) is determined to get him the care he needs even as he staunchly maintains that he can manage on his own. Dementia has been explored in film before — think of ”Still Alice” or “The Notebook” — but “The Father” distinguishes itself from these titles by foregoing an objective perspective and telling its story completely from the point of view of Anthony, who serves as an unreliable narrator. The audience is just as confused, shocked, or frustrated as Anthony is at any given moment, unable to separate the real from the imagined. This disorienting but powerful method of storytelling, coupled with Hopkins’s heart-wrenching performance, delivers a riveting and devastating portrait of loss — loss of memory, of reality, and of identity.

It’s difficult to establish anything that happens in the hour and a half runtime of “The Father” as definitively factual. In the beginning of the film, for example, Anne tells her father she needs to find a new full time caretaker for him because she’s moving to Paris with her boyfriend. When Anthony brings this up later in the film, she says, “No, Dad, why do you keep going on about Paris?” Contradictions like these are plentiful, and the viewer never knows which version of the truth to trust. The most jarring contradiction is when Anne suddenly appears as a new actress (Olivia Williams) not long into the film. This surprise is more than a little confusing, and that is exactly what makes it so effective; when Anthony doesn’t recognize his own daughter, the utter dismay he feels is shared by the audience. In moments like this, Hopkins leans into his character’s sorrow and bewilderment with staggering emotional weight.

Actors do switch in and out for certain characters, but for the most part, Olivia Colman remains in the film as Anne. Colman is tasked with portraying the myriad of conflicting emotions felt by someone whose loved one suffers from dementia. She is resistant to the idea of putting him in a nursing home, even though caring for him herself is an enormous undertaking. Especially in her character’s private moments, Colman lets the immense grief she feels rise to the surface, quiet tears and trembling hands reflecting her interiority. Most of all though, Colman’s portrayal of Anne is a touching testament to unconditional love — even when Anthony lashes out at her, her unbowing loyalty to him is palpable. Subtle gestures, like the way she smiles when he compliments her hair, or the way she reaches out to hold his hand after a doctor’s appointment, are enough to reveal how much she cares for her father.

“The Father” is also an affecting meditation on the importance of place and space. Simple and yet quietly haunting shots of Anthony’s apartment — which may or may not actually be his daughter’s apartment — are frequently shown throughout the film. Beautiful but empty rooms and hallways are framed with startling symmetry; we’re forced to closely observe everything, from the color of the walls to the placement of the furniture. The question of where this story actually takes place is never truly answered — Anthony is shown in one bedroom, then another, but he seems to have the same view outside his window in both rooms. His daughter says that he has moved in with her, but Anthony always believes he is in his own home. Even if one pays attention to his constantly shifting surroundings, the film’s setting remains ambiguous, another reminder of the way that dementia can alter perceptions of reality.

Rather than relying on physical space, the quotidian details of life seem to ground Anthony, and by proxy the audience, in a tangible reality. He frequently gazes out the window at a quaint street corner, where at one point a young boy plays alone with a plastic bag; he smiles at this. He often listens to opera CDs with headphones on, a reprieve from the overwhelming confusion of conversing with others. The French aria “Je Crois Entendre Encore,” is played multiple times throughout the film. The song includes the repetition of the lyrics “charmant souvenir,” which translates to “lovely memory,” a subtle reminder of the very thing Anthony is losing his grasp on. These understated yet powerful moments are some of the most poignant in the film.

“The Father” rarely strays outside the walls of an elegantly decorated London apartment. Yet without much action or many characters, the film commands its audience’s full attention, and it’s unsurprising that it’s been nominated for six Academy Awards, including Best Picture. The touching and realistic father-daughter relationship between Anthony and Anne is showcased with careful nuance; it’s difficult not to overflow with empathy watching them together. At one point, in what seems like a brief period of lucidity, Anthony suddenly says to his daughter, “Thank you for everything.” The moment brims with tenderness, and then it’s over, all too quickly becoming a memory — a lovely memory.

— Staff Writer Jaden S. Thompson can be reached at jaden.thompson@thecrimson.com.