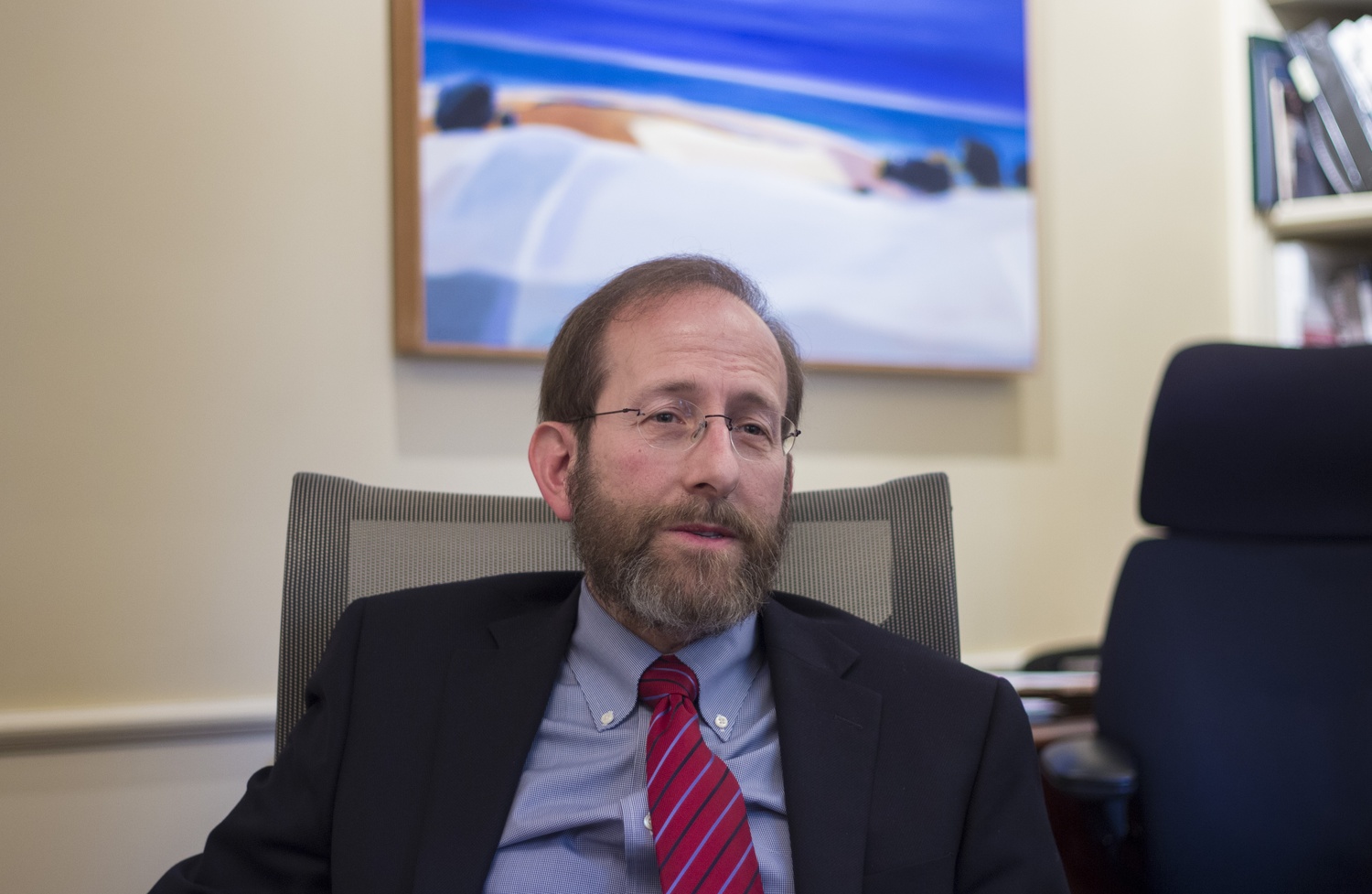 With the negotiations over a second contract between Harvard and its graduate student union looming, University Provost Alan M. Garber '76 said he is optimistic going into bargaining. By Helen Y. Wu
By Jasper G. Goodman and Kelsey J. Griffin, Crimson Staff Writers

With the negotiations over a second contract between Harvard and its graduate student union looming, University Provost Alan M. Garber ’76 said in an interview Friday that he is “very optimistic” going into bargaining.

Harvard Graduate Students Union-United Automobile Workers has indicated that discriminiation and harassment protections, mental health, and access to specialist care will be among its priorities in negotiations. Disputes over healthcare and discrimination policies dominated negotiations over the union’s first contract, which resulted in the longest graduate student strike in recent history.

“There is a new team representing the union, and I am very optimistic that we will work together very effectively,” said Garber, who has taken a leading role in relations with HGSU-UAW because of its implications on academic life.

The union’s current contract — which took over a year to negotiate — will expire June 30.

Garber indicated some willingness to bargain over mental health initiatives with the union. A University-wide report issued in July estimated that 23.6 percent of surveyed graduate students exhibit symptoms of depression and 23.1 percent exhibit moderate to severe anxiety.

The report recommended the University launch a campaign to raise awareness and foster culture change around mental health issues. Garber said the University is planning to implement the report’s suggested approach.

“We are very much involved in efforts, generally, to improve health care for all of our students,” he said. “And we have, as you know, a major initiative to improve student mental health.”

“We are in the midst of working out how to fully implement that recommendation, and the others in the report,” Garber said of the awareness campaign.

In a statement on Monday, HGSU-UAW President Brandon J. Mancilla indicated the union plans to push for policy changes beyond the awareness campaign.

“Public campaigns to raise awareness of the high incidence of mental health needs of student workers are important, but not enough,” Mancilla wrote. “Perhaps, faculty and administrators are not aware of our conditions, but we, student workers, know our own situation and needs extremely well.”

“We need policy change, not public campaigns,” he added.

Mancilla also wrote that graduate students have faced worsened mental health issues due to the coronavirus pandemic. He noted that economic uncertainty, a “bleak” job market, and family responsibilities increased the stress experienced by the students throughout the last year.

“It is unsurprising then that this toll on our collective and individual well-being has led student workers to demand more attention to health care resources, especially mental health, and the structures and culture that have created a taxing environment,” he wrote.

The union is also poised to negotiate over access to specialist care, which Mancilla stated has suffered during the pandemic.

“Student workers have seen their access to remote and out-of-state care worsened, for both routine and specialist care,” he said. “In some cases, student workers have faced wait times of over 2 weeks for initial mental health screening appointments.”

Asked if Harvard would be open to a “mental health bill of rights” — an idea the union has previously floated — Garber declined to get into specifics.