Mass. Education Leaders Discuss How to Foster Anti-Racism in Schools During HGSE Panel 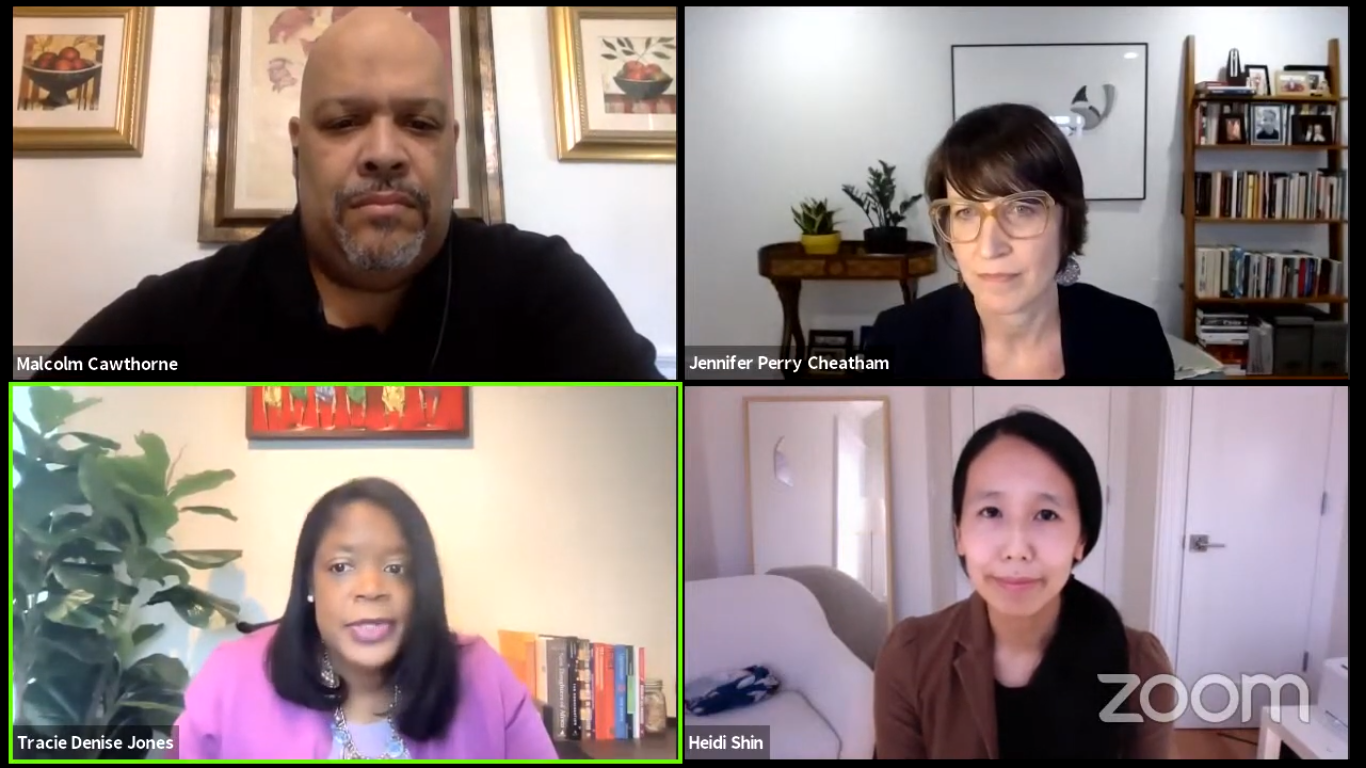 A panel of education leaders discussed strategies to combat racism in school classrooms during a Harvard Graduate School of Education webinar Wednesday.

The webinar, part of the Education Now webinar series HGSE launched last year, was hosted by HGSE Director of Diversity, Equity, Inclusion and Belonging Tracie D. Jones. The panel included J. Malcolm Cawthorne, a Brookline High School teacher; Jennifer P. Cheatham, a senior lecturer at HGSE and former teacher and administrator; and Heidi Shin, a journalist and radio producer. The speakers discussed the flaws of school systems’ current approach to racism between students and how to address those shortcomings.

Cawthorne argued that the main impediment to anti-racism in the education system is schools’ focus on their reputation — in his opinion, many schools would rather uphold their “brand” rather than try to fix racial issues in their classrooms.

This problem, Cawthorne said, is compounded by the frequent turnover of high school administrators and staff.

“If you don’t really have institutional understanding, with a lot of depth and longevity, then it makes it really hard,” he said.

Cheatham explained that one way to become overtly anti-racist in schools is to encourage teachers to have conversations with their students as different situations arise between classmates.

“As a former administrator, it is important for us to make sure that teachers know that it’s okay for them to take those risks in the classroom — that for us they are not risks, that that’s part of the job,” she said.

Cawthorne added that teachers should use their position as the adult in the room to educate students about racial topics.

“You have to remember who is the adult, and as adults if we don’t actually confront those things, then in my opinion we aren’t actually teaching,” he said.

Shin noted that at the same time, more and more agency should be given to students, so that in the case that an adult isn’t present, race-related issues could be dealt with by the students themselves.

“We underestimate the abilities of students, of young children, to figure these things out,” she said. “They also need a sense of agency — because a grown up is not always present when these things happen.”

Shin also said that fostering anti-racism has to start with teaching students about their backgrounds.

“For children who are confronting racism, they need a really strong sense of their racial identity. They need to know what their family’s history and past has been,” she said.

Cheatham also added that besides working with administrators, teachers, and students, institutional change in combating racism in schools can only happen hand-in-hand with change in society at large.

“It is all about building coalitions and doing it with the community you serve,” she said.

By working together, Cheatham explained, those who work for change won’t feel like they are doing so by themselves.

“When you work in that way, when you work with community, listen deeply, build coalition, then you’re not alone,” she said.