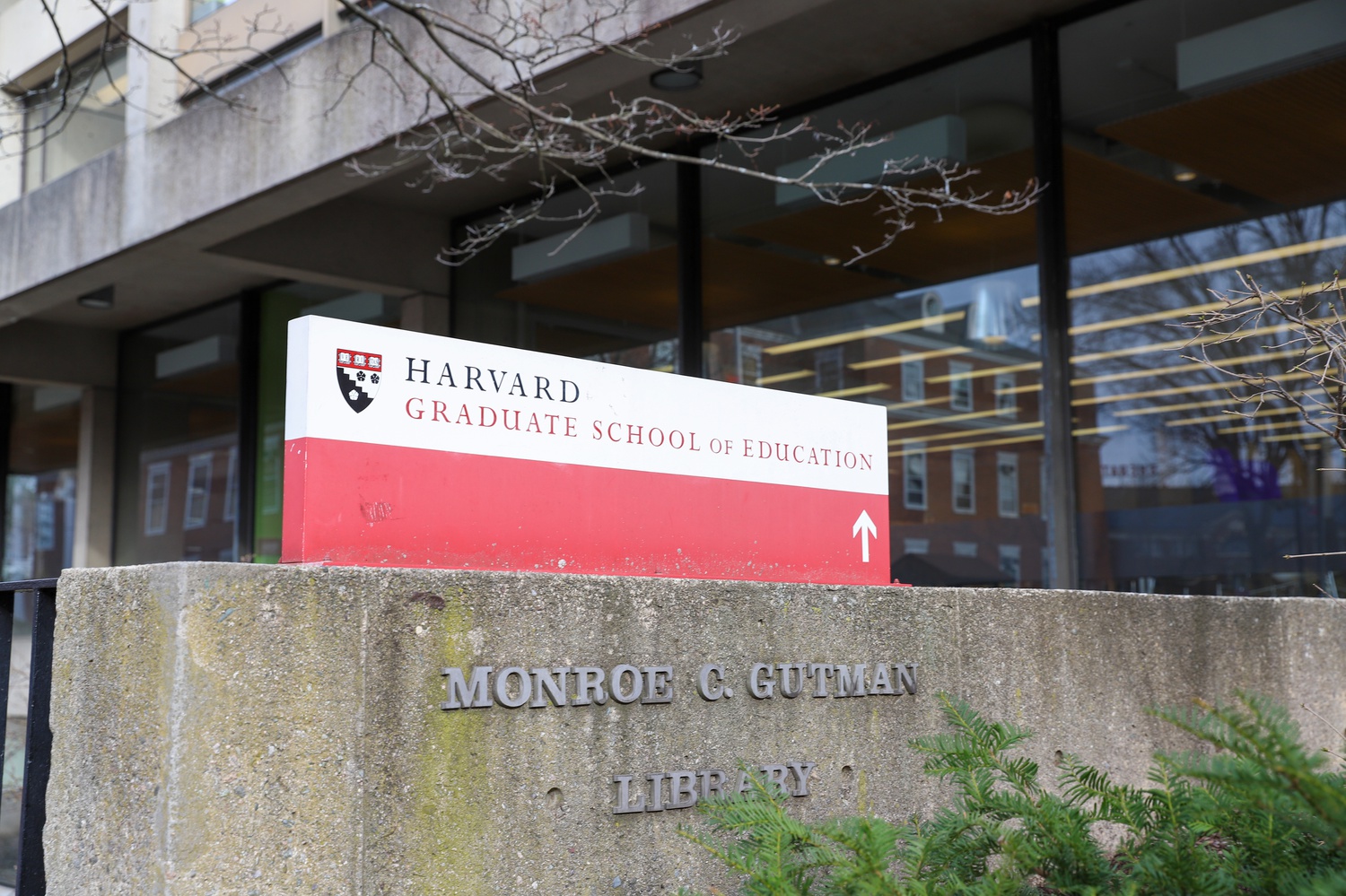 The Harvard Graduate School of Education plans to hire staff before the fall 2021 semester with the goal of improving the school's diversity and inclusion efforts in mind. By Ryan N. Gajarawala
By Omar Abdel Haq, Crimson Staff Writer

The Harvard Graduate School of Education will expand its work on diversity and inclusion through intentional hiring and planning in its summer programming, HGSE Dean Bridget Terry Long and Diversity, Equity, Inclusion, and Belonging Director Tracie D. Jones said in interviews with The Crimson.

As the school plans to reopen this fall, Long said the school is investing in staff keenly dedicated to diversity and inclusion.

“We need to make more progress in terms of action, and so we’ve been investing to increase our capacity, more staff focused on these issues, expertise being brought in,” Long said.

Jones said the school has hired a "senior instructional coach for anti-racist pedagogy" and is in the process of hiring more staff, including a librarian who specializes in "critical pedagogy."

Long said the remote format of work over the past year actually helped faciliate thoughtful conversations on how HGSE can improve its commitment to anti-racism.

“Some work around diversity, equity, inclusion, and belonging has been easier being in a remote environment, because it allows for some to kind of slow down the conversation a bit, to be able to be thoughtful, to have multiple ways in which people can participate, whether that's speaking or writing in the chat,” she said.

At the same time, Jones said it is important to acknowledge that remote settings can engender segregation.

“You start to build these relationships that are actually not really diverse. And as I started talking to students, and questioning them about who was in your social circle, I realized they were self-segregating,” she said.

To address that concern, Jones said the school plans to create clear, scheduled summer programming that will give students an opportunity to connect with other students ahead of their programs’ start dates.

After a year of online programming, Jones said some of the office’s traditional programming will likely stay online, citing expanded opportunities for guest speakers who would not otherwise be able to travel to Harvard's campus.

“The benefit of that is seeing real-time action and hearing from people who are actually doing the work, as opposed to talking about the work that they want to do or they plan to do,” she said.

Online programming will also allow students continuing their learning part-time to participate in their courses, per Jones.

The school’s diversity and inclusion work will also extend to the redesign of the Master’s of Education program. The forthcoming change, announced in February, places a heavier emphasis on foundational knowledge in education before concentrating in specialized training.

“In the master’s redesign, we put into that [redesign] competencies around diversity, equity, inclusion and belonging for our students,” Long said.

Jones said the redesign will enable the school to collect data regarding diversity and inclusion in the master's program so that it can work to improve upon those efforts for every new cohort of students.

HGSE students are also in the process of creating two library guides to spread knowledge about the experiences of racial minority groups. One of the guides centers on the experience of Black people during Covid-19, and the other focuses on Asian American activism through art, according to Jones.

“A lot of our students are going out into the community — so in the schools, the K-12 schools — to get young people to contribute,” she said. “I think that’s a good way of building community, but also utilizing our resources and making them open-source.”