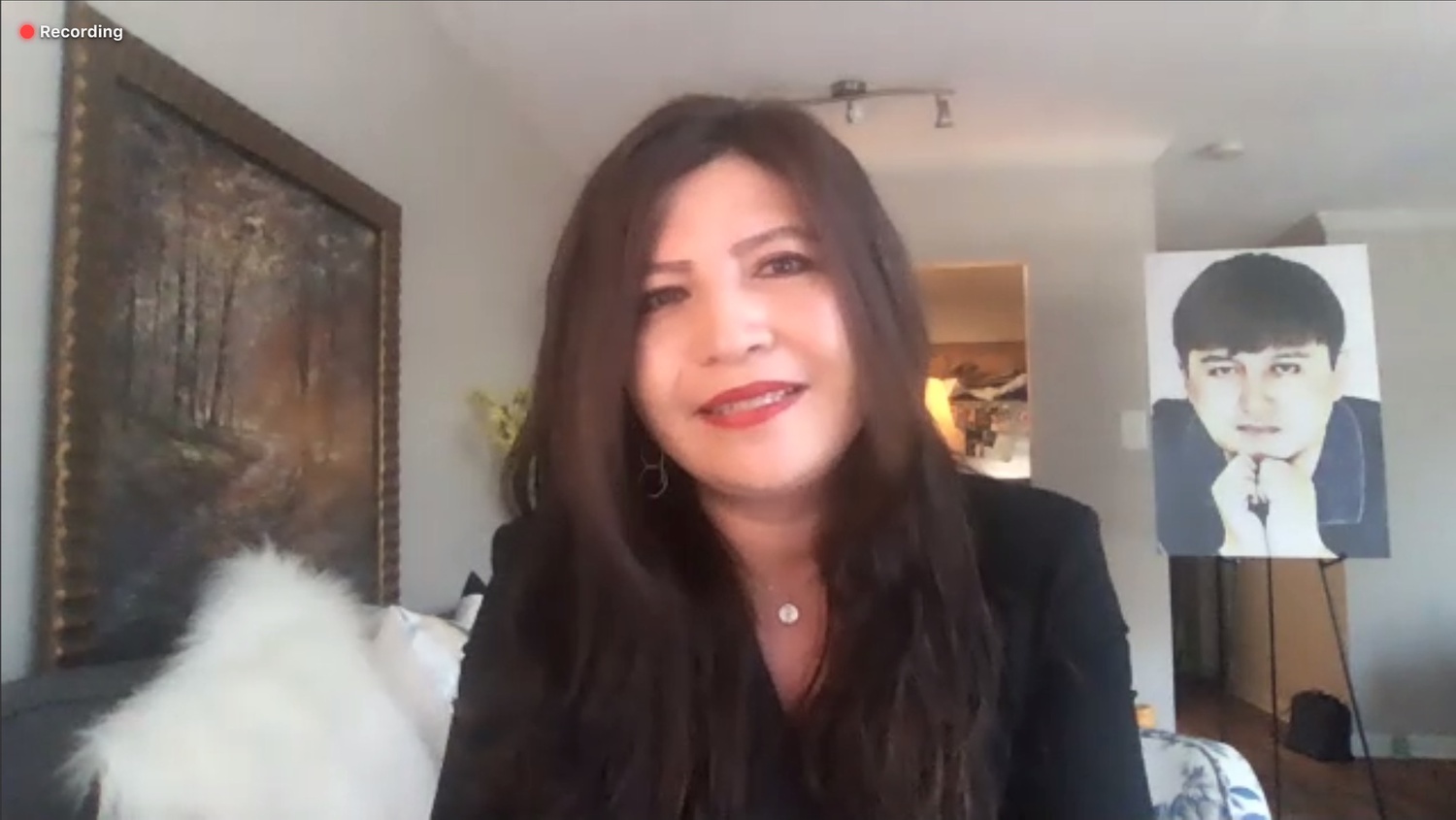 Advocates and supporters of Ekpar Asat — a tech entrepreneur and brother of Rayhan Asat, Harvard Law School’s first Uighur graduate — gathered Wednesday in a virtual event commemorating five years since he was detained by the Chinese government and placed in a Xinjiang internment camp.

In a speech titled “For You I Rise,” Rayhan Asat said that April 7, 2016 — the day her brother was forcibly disappeared by the Chinese government — marks the “beginning of the nightmare” she has experienced daily for five years.

“I’m still in disbelief how one person’s life can be ruined against all reason at the pinnacle of his career,” Asat said. “A visionary who created opportunities for many up-and-coming writers, musicians, artists, and other young people. His focus was always on making the world better for others through collective effort.”

Coons, who is the co-founder and co-chair of the Senate Human Rights Caucus, thanked Rayhan Asat and other advocates for their “work to shine a light” on the discrimination Uighurs faced in China. He said the United States should continue pressuring China to halt its “mistreatment of Uighurs.” 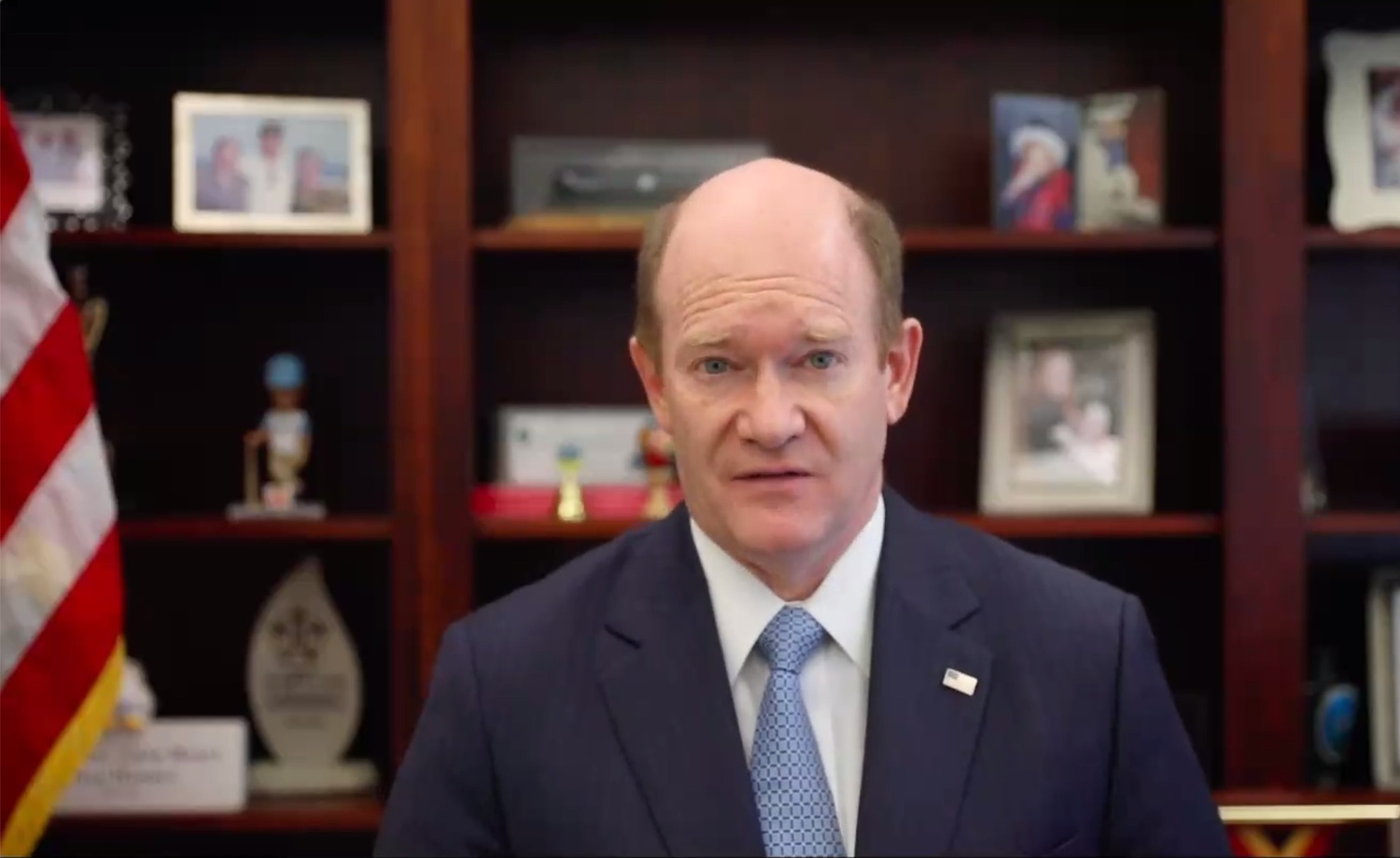 “We also must insist that China respect the human rights and fundamental freedoms of its own people,” Coons said. “I hope this time next year, we can hold an event in person celebrating Ekpar’s freedom with the Asat family, and with Ekpar himself.”

Minow, who was the dean of Harvard Law School during Ekpar Asat’s forced disappearance, said in a statement read by her mentee, Law School student Sondra R. P. Anton, that the Law School was “so delighted” to welcome Rayhan Asat as a Master of Laws student in 2016.

“The continuing effort to speak about and challenge this disturbing fact is vital to anyone who cares about the safety of and the dignity of Ekpar as an individual, and indeed anyone who takes seriously the human rights of each individual in the world,” Anton said on behalf of Minow.

Human Rights Watch China Director Sophie Richardson encouraged attendees to understand the situation on “a more human and humane level,” and said an individual such as Ekpar Asat is “hardly an enemy of the state.”

“Here is a young man who was once celebrated by the various authorities now detaining him,” Richardson said. “This is a person who had devoted his life and his intellect and his creative energies to being an entrepreneur, first, and then a philanthropist, providing assistance to children in education.”

In an emailed statement following the event, Asat said the Chinese government’s “unjust detention” of her brother “will not advance its interest.”

“I wish to visit the country and culture I grew up in without the fear of persecution,” she wrote. “And I hope to see a China where all Uyghurs are free and live with dignity.”

Irwin Cotler, chair of the Raoul Wallenberg Centre for Human Rights, described the event as “timely and significant” and placed Ekpar Asat’s story in historical context by referencing past atrocities such as the Holocaust.

In her emailed statement, Asat wrote that her brother has been in solitary confinement and was recently seen in a video where he appeared to be a “shadow of his former self.”

“I was devastated to hear about his solitary confinement knowing the damage it can cause even to a healthy young man,” Asat wrote. “It was a stark reminder that the sheer cruelty he’s facing every day is beyond the pale, and I must intensify my effort to free him.”

Asat wrote she was thankful for several individuals who assisted in preparing the event at the Law School, including Tzofiya M. Bookstein ’23, Rebecca S. Araten ’22, Joshua Moriarty ’21, and Anton.

“I hope to continue to lean on my incredible community,” Asat wrote.

Harvard freshman and musician LyLena D. Estabine ’24 wrote and performed a song during the event commemorating Asat, titled “A Song for Ekpar.”

“Keep holding on, things they will get better if we keep trying to heal one another,” Estabine sang. “Seek unity and fight for each other, we’ll make it through if we walk together, nothing says the darkness has to last forever.”

Despite having lived in fear for many years, Asat said that now — “joined by an army of friends and allies” — she feels empowered to continue her advocacy work and fight for the release of her brother.

“Today I want to say to my brother that I finally bid farewell to the fear that kept me silent for too long,” Asat said. “I fight for you.”