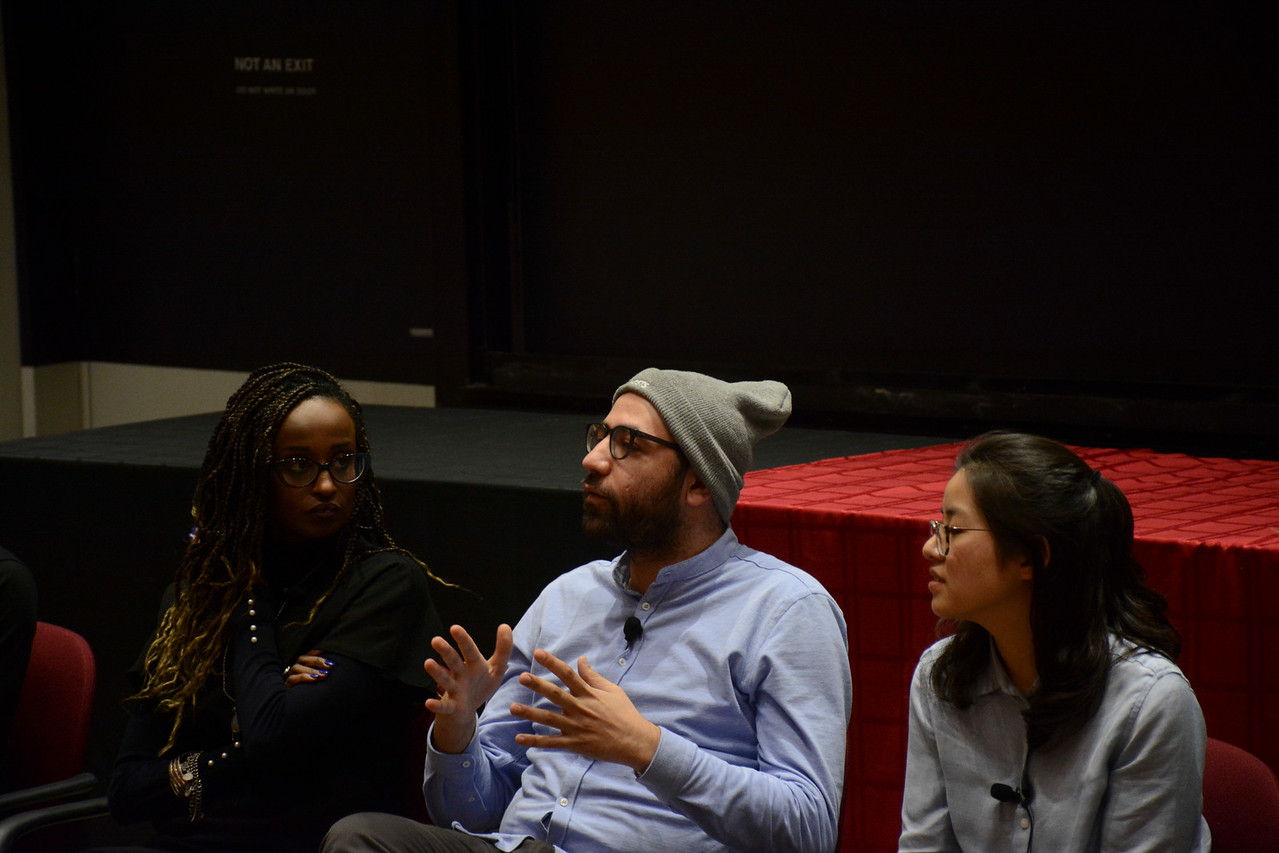 Addalaziz Alhamza, Syrian citizen and journalist, answered questions from the audience regarding the global political climate during a Q&A at the College Freedom Forum. By Matthew J. Mardo
By Jenna X. Bao and Ema R. Schumer, Crimson Staff Writers

The event, organized by the Human Rights Foundation alongside the Harvard International Relations Council, brought experts together to educate on global human rights issues.

Pinker, the author of two books on human rights, introduced the event by expressing admiration for HRF’s nonpartisan work for advancing democracy and human rights.

Turkish national Kanter, who video conferenced into the forum, spoke about his experience as a dissident of the Turkish President Recep Tayyip Erdogan, according to Human Rights Foundation Special Advisor Nasser Weddady. Turkish prosecutors issued a warrant for his arrest last month.

Kanter’s participation in the College Freedom Forum drew the ire of the Turkish consulate, which had planned to protest Kanter’s talk, according to Weddady.

“We got some information that there was some organization orchestrated from the Turkish consulate against Enes Kanter because the Erdogan government is trying to silence one of its critics,” Weddady said in an interview after the event.

The Turkish Consulate in Boston did not immediately respond to comment Wednesday night.

“It’s an authoritarian regime and unfortunately they’re trying to extend their oppression on American soil. And the irony is of course that they’re free to protest — we welcome it — because here in America we respect these rights unlike under Erdogan’s rule,” he said.

Inside the auditorium, however, there was no evidence of a protest. Several Harvard police officers were present at the Science Center and stood guard at the forum.

Wang spoke about her advocacy for the release of her father, a Chinese political prisoner who has been behind bars for the past 17 years.

Meanwhile, Abdalaziz Alhamza, a Syrian journalist, spoke about the power of individuals to affect wide scale change through documentation.

Alhamza said he uploaded a video from a protest in Raqqa amid the 2011 Arab Spring onto Facebook. The video instantly went viral and disseminated on international television.

“I knew that I can bring change with my phone. In that second, I believed in citizen journalism,” he said in an interview after the event.

Alhamza defined citizen journalism as “the ability to record the truth in conditions when people can’t talk about it or the media can’t reach it.”

Venezuelan violinist and pro-democracy activist Arteaga communicated to the audience through a translator that he was arrested in Venezuela in 2017 for playing his violin at a pro-democracy protest. He also played the violin at the forum.

While imprisoned, Arteaga said he was violently tortured for singing. Today, Arteaga lives in New York, where he plays the violin underground in the subways.