'The Off-Season' Review: Cole is the MVP 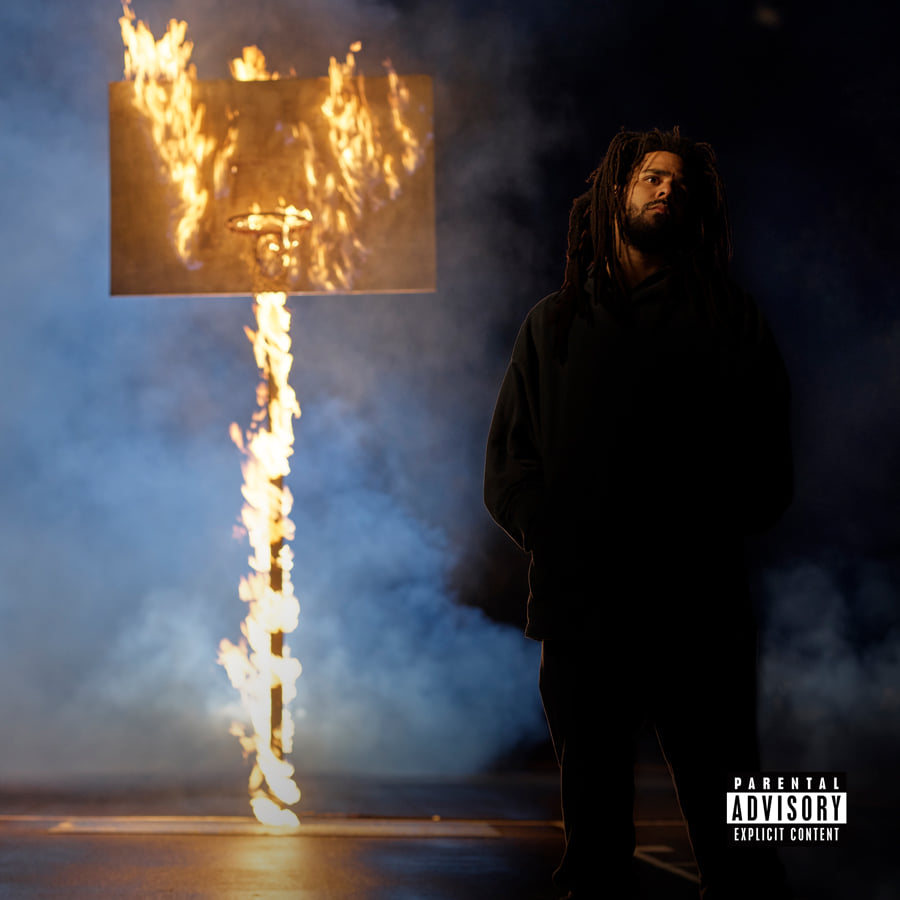 Rapper J. Cole’s sixth studio album, “The Off-Season,” was released on May 14 after having been in the works for the past 3 years. Amid the countless statements the rapper makes on this record — which packs a powerful punch in just 39 minutes — “The Off-Season” is first and foremost a reflection of Cole’s unyielding growth.

The intro track, “95.south,” calls out the new generation of clout-chasing rappers who dominate the mainstream by prioritizing style over substance. With shots like “your thirty-song album do a measly hundred thou',” this track introduces a boastful and superior tone that Cole maintains for the entirety of the record. He doesn’t stop there, hitting back at the haters with lines like “if you broke and clownin' a millionaire, the joke is on you” on “applying.pressure.” To follow that heavy-hitting, bar-spitting energy, the track “my.life'' with 21 Savage and Morray is a pure party starter. With Morray’s backup vocals mimicking the duo’s previous collaboration on the single “a lot,” the soulful quality of this track blends well with the story of a traumatic childhood spent on the streets. Befitting a rapper who is truly in a league of his own, the beat of all these songs is powerfully energetic, with producers Cam'ron and Lil Jon hyping up the tracks.

The production behind this album as a whole is stronger and bolder than its predecessors.

Producer tags include household names like Timbaland and Cole himself, resulting in heavy beats that complement rather than dominate Cole’s flow. The intensity of such powerful production matches the veracity of Cole’s bold claim that he is constantly peaking. Furthermore, the addition of star-studded features from a select few artists like 21 Savage, Bas, 6LACK, and Lil Baby is a somewhat surprising move in the scheme of Cole’s consistently self-subsistent discography. The intentionality behind this power move is all the more proof that Cole isn’t one-dimensional, while not disrupting the scheme of self-focused improvement the album strives to portray.

Meanwhile, songs like “amari,” “pride.is.the.devil” featuring Lil Baby, and “hunger.on.the.hillside” featuring Bas sport a more lowkey beat, with melodic undertones that soothe the powerful rapping style. They also see Cole experimenting and branching out into some symphonic composition, as well as including samples characteristic of rappers like Gunna and Aminé — all speaking to the fluid and innovative style of music Cole can adapt to. These buffering instrumentals don’t take away from the rapping style, however, offering some variety to the more trap-heavy beats that dominate the rest of the album.

“One more time before I leave, before I’m fulfilled in this game, let me try to reach a new height from a skill level standpoint,” Cole said in Applying Pressure: The Off-Season Documentary. The punchy verses in “100.mil’” and “punchin’.the.clock” reflect that sentiment of constant self-improvement, preaching an introspective outlook on life exalted by Cole’s tirelessly changing flow. That self-reflective attitude is a thematic concept that also appears in songs like “let.go.my.hand” featuring 6LACK and Bas. In the line “my last scrap was with Puff Daddy,” Cole is referencing his 2013 feud with rapper Diddy, whom he idolized as a child and who is now in the album’s song credits. In these tracks, Cole reveals that “training and conditioning” are the true motivators behind all of his personal and performative growth, as well as the real reasons why his boundless creativity has no end in sight.

“The Off-Season” refers to a period in an athlete’s career when they hone their skills and improve their game, alluding to the constant grind which took place during Cole’s hiatus. The two previously released songs encapsulate that overarching attitude of the album. While “interlude” represents the self-confidence of Cole at the top of his game, the lead single “the.climb.back” conversely illustrates the laborious and intensive uphill battle he’s fought throughout his career to get there.