‘Life in Color’ Review: A Charming Look at the Role Color Plays on Earth 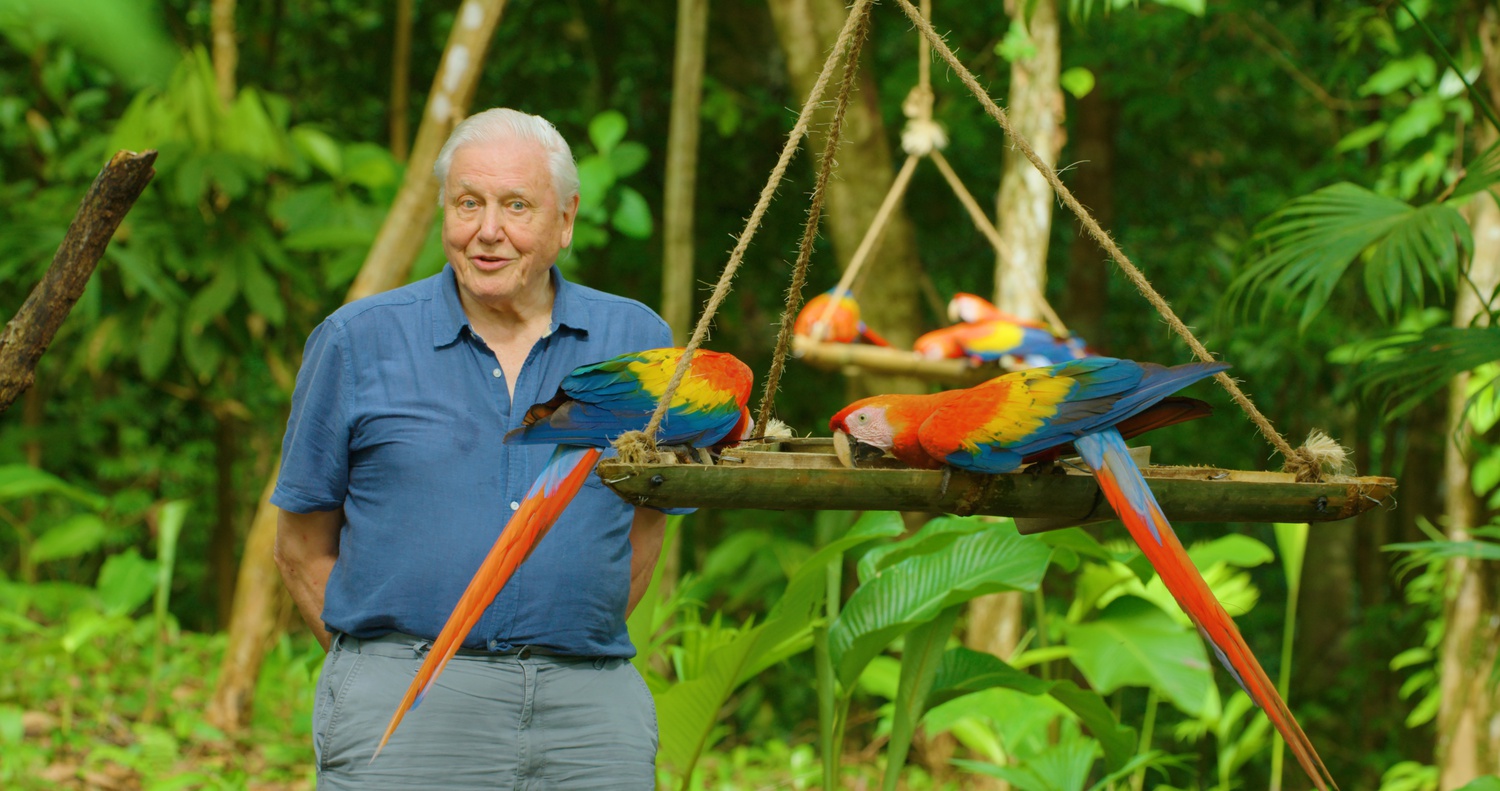 Petting snakes, walking Central American Beaches, traversing Scottish Highlands, and holding Scarlet Macaws in the middle of a Costa Rican evergreen forest — these are all typical activities for David Attenborough, one of the foremost naturalists in the world. In Netflix’s recently released “Life in Color with David Attenborough,” Attenborough takes the audience around the world to see the role that color plays in the lives of a multitude of animals. In the three-part docuseries, species from Cuban Painted Snails in Central America to ptarmigans in the Scottish mountains are all explored in vivid detail.

With David Attenborough at the helm, “Life in Color” begins and plays out as a classic nature documentary. There’s the iconic and well-known face, the beautiful landscape, and the subjects of the show itself — in the introductory example, the colorful Macaws — to create an atmosphere of excitement for the material of the series. By taking this comfortable and familiar approach to introducing the show, in many ways “Life in Color” establishes itself in the tradition of Attenborough’s other nature documentaries.

The first two episodes follow an almost identical approach to addressing their respective titles, “Seeing in Color” and “Hiding in Color.” The series goes so far as to repeatedly reuse film from different perspectives: in one example, they show the same scene both through the lens of a predator with excellent color vision and then, without color, through the eyes of its prey. Due to that repetitiveness, it feels as if the docuseries is trying to mitigate the incredible difficulty of capturing high-quality film of animals in their natural habitats around the world rather than taking the time to record a variety of interactions. As a result, “Life in Color” almost comes off as a cheap attempt from Netflix to slap a well-loved name — David Attenborough — on a mediocre documentary.

One bit of repose comes at the end of the third episode — which in and of itself comprises another interesting approach to re-using previous film by putting another new spin on it — when Mr. Attenborough is talking over some astounding yet troubling footage of the Great Barrier Reef. As he speaks about the dangers of climate change and the effects on these vibrant, colorful ecosystems, a deeper meaning finally emerges. Not only is the documentary about the wonders and curiosities of our colorful world, but it takes a moment to acknowledge that on our current path, our corals will all become bleached, our forests will be bare, and our animal populations will dwindle. Unfortunately, Attenborough spoke about these pressing problems for only a fraction of the time he should have.

With a show so wholly focused on all of the beauty and mystery surrounding the stripes on a Bengal Tiger and the value of the vibrance in poison dart frogs, the driving forces eliminating all this beauty should be a central point of conversation. If “Life in Color” had incorporated this more comprehensively, it would have added a much needed bit of depth and scope to the show. As it sits, the series is entertaining and offers viewers a chance to watch and listen to the sounds of the jungles and seas, but that’s it. It needed an additional spark to hold audiences’ interests, but fell short.

Lack of depth aside, with its dizzying tiger chases and glimpses of male lizards dancing around each other as they try to make their ways to a feast of flies, “Life in Color” does succeed as a bit of elegant escapism. Voiced by a respected British naturalist, it’s a joy to put on and have play in the background. With only a little bit of tweaking and the incorporation of David Attenborough’s clear passion, it could have been astounding. As Mr. Attenborough stated, “We can use color to protect the natural world for all future generations.” The series misses an opportunity to show viewers how more animals, not just the coral off the coast of Australia, have been trying to use color to survive and adapt to an ever-changing world.