From Cannes: 'La Fracture' (The Divide) is a Jumbled Mess of Attempted Social Commentary 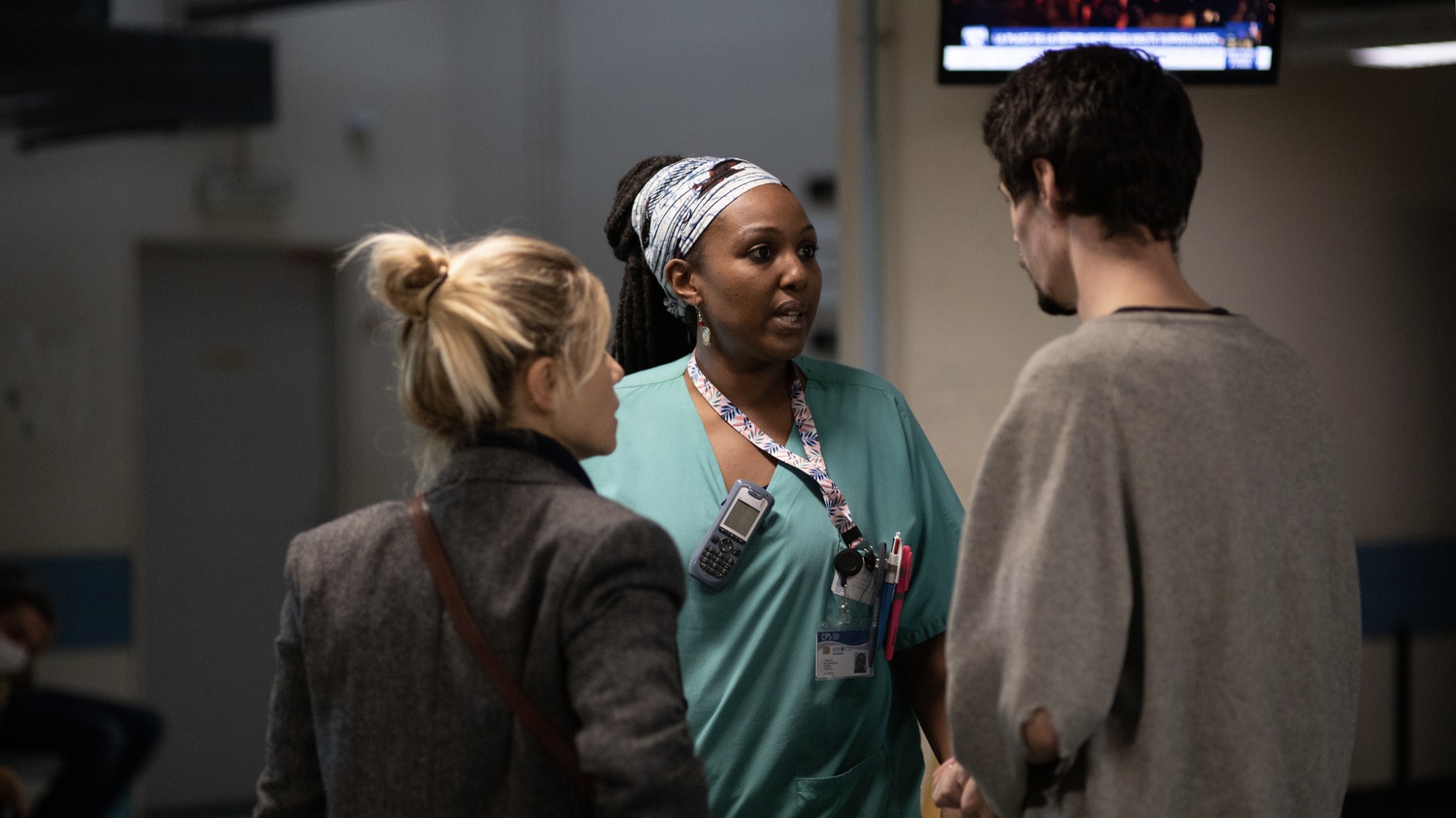 Catherine Corsini’s “The Divide” begins with a series of late-night text messages. The marriage between protagonist Raf (Valeria Bruni Tedeschi) and her wife Julie (Marina Foïs) is on the rocks, and Raf is acting out in a flailing attempt to get Julie’s attention. The vitriolic texts backfire, of course, but Raf continues to literally chase after her wife — breaking her arm and landing herself in the emergency room in the process.

Refreshingly, “The Divide”’s portrayal of a two-woman family is thoughtful and respectful, creating a normalized and loving portrait of two wives who are so much more than just queer. Raf is given a richer psychology, a more layered and multi-faceted personality, and a greater wealth of quirks and individuality in the film’s first five minutes than some queer protagonists get in an entire movie. Audiences learn from her unrestrained text messages that she is madly in love with Julie but shows that love in twisted ways; that she is desperate to save their relationship but doesn’t know how; and that she is volatile, immature, and struggles with self-control.

Julie, played by longtime LGBT advocate Marina Foïs, is arguably even more interesting. Julie’s character seems to be a thoughtful deconstruction of toxic masculinity among more butch-presenting queer women, who can feel the need to be stoic “protectors” so they can still “play the man” in the relationship and justify their identities to the outside world. Corsini both engages with that mindset and critiques it, showing how Julie’s attempts to protect Raf at her own expense and stoically weather Raf’s emotional volatility are unsustainable and make Julie deeply unhappy. In so many ways, it’s clear that this is a story written with a nuanced understanding of the joys and messiness of queer families, full of all of the little details someone just checking a diversity box would never think of including. That sensitivity is not only a testament to excellent storytelling from Corsini (who, herself, is an openly queer woman), but a reminder of why representation makes just as much of a difference behind the camera as it does in front of it.

However, “The Divide” is not primarily about queer identity, but an attempt at larger social commentary. Raf happens to be hospitalized on the same night as a major protest led by the gilet jaunes (“Yellow Jackets”), who were part of a French workers-rights movement in 2018 that fed on a frustration with government elitism and social inequality.

Corsini tries to address a melting pot of government problems — understaffed hospitals, police brutality, workers losing jobs for medical leave — that are overly broad, unfocused, and given no answers or resolutions. Arguably, Corsini just crams a multitude of social issues to craft a dramatic story, and, without offering solutions or resistance, merely normalizes these dysfunctions.

One example of this normalization is the character Kim (Aissatou Diallo Sagna), an exhausted nurse working her sixth shift of the week. Kim endures countless forms of abuse from her patients, from Raf's childish insults to extreme violence from a patient suffering from psychosis. Rather than challenging that bad behavior, Kim accepts it dutifully, even failing to press charges against a patient who held a knife to her neck and threatened to kill her for several minutes. She is rewarded for this apparent martyrdom — and even affirmed for it — by Raf, who says “I admire you.” By extension, it seems that Corsini too is praising and heroizing this behavior. This is actively unhelpful: psychologists who study burnout in medical professionals have often pointed to unrealistically high standards of productivity and perfectionism as one of the primary reasons nurses don’t complain about their working conditions or request better hours. With its many scenes of overburdened hospital workers, “The Divide” seems ostensibly designed as a call to action to support these hospital workers. However, by portraying the only nurse with a developed character as a superhuman saint, it’s more likely to make people “admire” healthcare workers than make sure they get the break they need. Additionally, by casting a Black woman to play Kim, Corsini is normalizing a longstanding cultural stereotype of Black women as long-suffering care-givers who will always put the needs of others above their own.

By forcing the upper-class, often out-of-touch Raf to share a wall and waiting room with a protestor who’s been shot by police, Corsini seems to be aiming for a message of togetherness — along the lines of “we’re not so different as we seem.” But not only is that point made with heavy-handed and too-convenient storytelling, it also offers cheap absolution for people on one side of the aisle and no real answers for the oppressed workers. The wealthy and ignorant Raf leaves the hospital feeling better about herself after she is educated by Yann (Pio Marmaï) on the systemic inequality and police brutality he has experienced. Yann, on the other hand, is not nearly as well off as he rushes off to drive a truck with a still-injured leg. Not much change or introspection is required of the central Raf in order for her to achieve a happy ending and implicit moral redemption; and, by extension, it seems that not much is required of audiences, either. As a result, the film feels more like a self-gratifying absolution of the French elite than a genuine attempt to problem-solve the issues that led to the gilet jaunes protests.