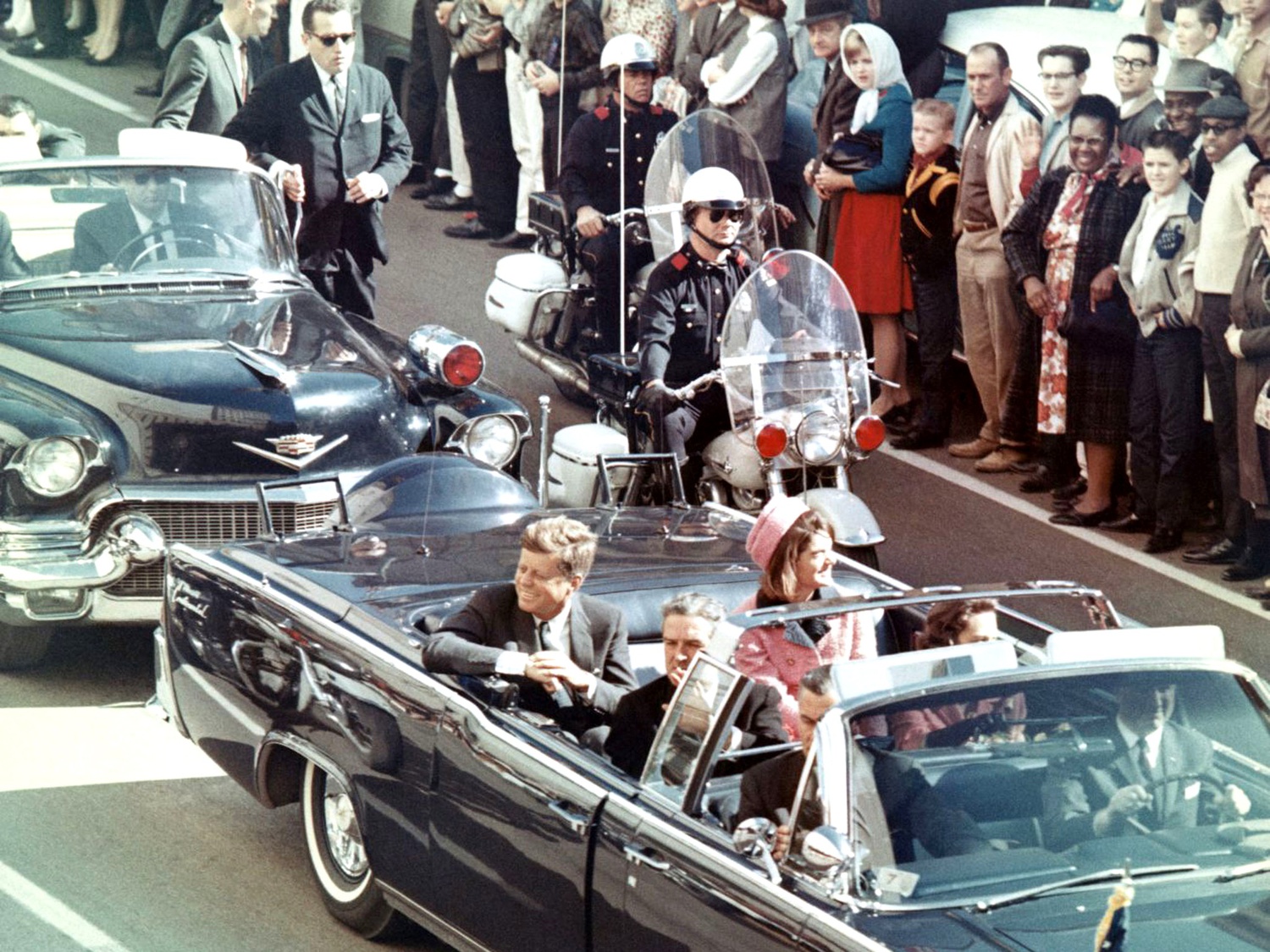 An image of the President prior to his assassination used in "JFK Revisited" By Courtesy of Festival de Cannes
By Joy C. Ashford, Crimson Staff Writer

Exactly 30 years ago, Oliver Stone’s original political thriller “JFK” stirred up controversy and public outcry over the dubious circumstances surrounding the assassination of the former president. Though the U.S. government’s Warren Commission charged Lee Harvey Oswald with the murder, many elements about the case shed doubt on the government’s official portrait of Oswald as an individual firebrand who assassinated Kennedy with no outside help. “JFK” not only helped to bring those arguments to light, but made an even bolder accusation — alleging that the plot involved the CIA and even then-Vice President Johnson himself. Due in part to the cultural impact of Stone’s original film, the U.S. government passed the “JFK Act,” pledging to release a wealth of sealed records to the public by 2017. Drawing on those newly-released records as well as James DiEugenio’s 1992 nonfiction book “Destiny Betrayed: JFK, Cuba, and the Garrison Case,” Stone created “JFK Revisited: Through the Looking Glass,” a follow-up documentary that premiered on July 12 at the 2021 Cannes Film Festival.

Where “JFK” was a fictionalized drama with celebrity stars, “JFK Revisited” feels more like an academic lecture, guiding viewers through a slew of artifacts and witness statements with painstaking detail. The first half is primarily focused on refuting the “single bullet theory” agreed on by the Warren Commission — namely, that a single bullet managed to hit both President Kennedy and Texas Governor John Connelly and inflict several separate wounds. On this point, Stone more than proves his case, uncovering never-before-seen interviews with witnesses, surgeons who examined Kennedy, and forensic photographers who all alleged that they were forced into silence by CIA officials. Stone also interviewed a host of “Kennedy experts” who have made entire careers out of studying the case, and it’s difficult to argue with the weight of their research. The pace does drag at times (and the refutation of the single-bullet theory, in particular, seems unnecessarily belabored), but as a case for doubting the Warren Commission’s official story, “JFK Revisited” does a compelling job.

However, Stone devotes far less time to the pressing question that has remained unanswered for decades: Who really killed Kennedy? Though Stone’s original dramatization put New Orleans businessman Clay Shaw on trial, Stone does not seem to have found any more potential culprits in the years since “JFK.” He continues to suggest, as “JFK” did, that the CIA (namely former-director Allen Dulles, who Kennedy ousted) and even President Johnson were involved or at least aware of the assassination plot, but he provides more motive than evidence to support those serious claims.

“JFK Revisited” is a part-gripping, part-didactic watch that makes a strong case that the murder of President Kennedy is still very much unsolved. However, despite presenting new evidence, Stone’s latest still does not give audiences much in the way of an answer to the all-important question of what really happened at that fateful motorcade. What it does do, then, is leave a myriad of questions in viewers' minds — and hopefully encourage them to keep asking those questions on their own.