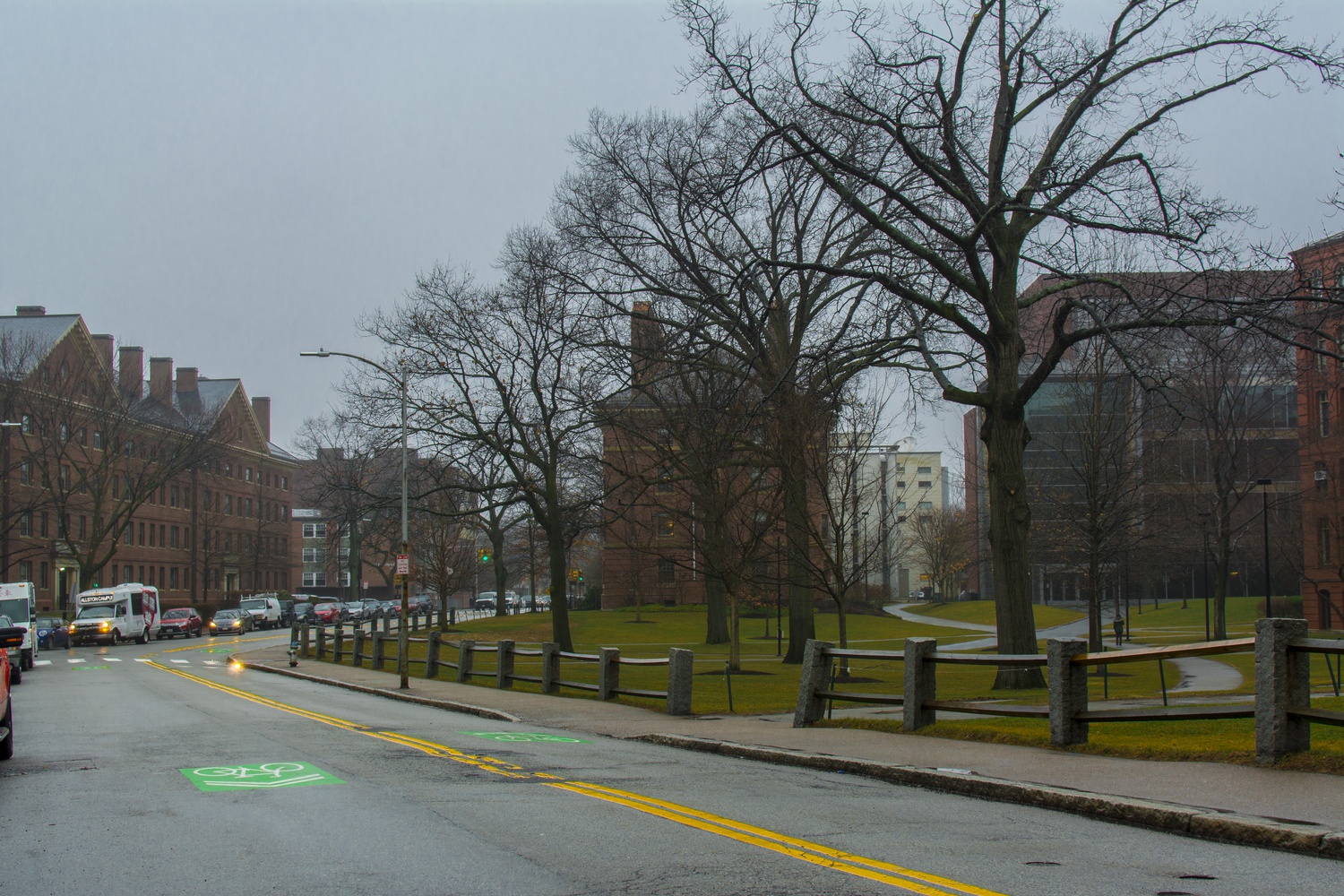 Agassiz is a neighborhood between Porter Square and Harvard Square. By Thomas Maisonneuve
By Raquel Coronell Uribe, Crimson Staff Writer

The Cambridge City Council on Aug. 2 unanimously approved the renaming of the Agassiz neighborhood north of Harvard to honor Maria L. Baldwin, the first Black female principal in the Northeast.

In February 2020, the City Council approved changing the name of the neighborhood, which previously commemorated Louis Agassiz, a 19th-century Harvard professor and proponent of scientific racism.

The origin for the name change can be traced back to Maya E. Counter ’24, who was a high school student when she first proposed a change nearly two years ago after researching the Agassiz name for her AP United States History class.

Cambridge Mayor Sumbul Siddiqui and Councilor Denise E. Simmons — who co-sponsored the 2020 order to begin the process of renaming the neighborhood as well as the Aug. 2 order that secured the Baldwin name — both praised Counter for her role.

“This name change furthers the City’s shared goals of better understanding, learning from, and engaging with our history,” Siddiqui wrote in an emailed statement. “I am so proud of Ms. Counter and her advocacy efforts around this name change.”

Simmons also lauded Counter’s efforts, writing in an email that the process of renaming the neighborhood has been “organic,” and something she is very supportive of.

“I just want to praise the effort and initiative demonstrated by Maya Counter, a young woman in our community who has been actively engaging with the history of our community and asking the critical questions around whom we choose to elevate in our local historical narrative, how those individuals have been portrayed, and who might not have as prominent a place in our story as they deserve?” Simmons wrote.

Counter, who lives in the neighborhood, said the change was relieving for her and represented a shift away from Agassiz’s racist legacy and an adoption of what Baldwin represented.

“Her dedication and passion to creating safe and engaging spaces for students, despite all the odds stacked against her as for other Black women, due to her gender, and her race, not only speaks to the kind of legacy the Cambridge community should be honoring, but the kind of legacies that should be replacing old white supremacists’ across the country,” Counter said.

Counter said it is important to note that Maria Baldwin was born during Louis Agassiz’s lifetime.

“It's just important to know that her time is not late after Agassiz's. For the people who say that he was a product of his time, you know, so was she,” Counter said. “So I think it's really important to choose the right kind of history to represent our present.”

The newly-minted Baldwin Neighborhood is home to a large part of Harvard’s campus, including Harvard Law School, Harvard Divinity School and the Museum of Natural History.

The Agassiz name is still featured on several University buildings, professorships and campus museums. Some Harvard staff and faculty have argued in the past, however, that the name honors Agassiz’s wife and son, and not Agassiz himself.

The University’s ties to Agassiz also came under scrutiny after Tamara K. Lanier filed a lawsuit against Harvard in March 2019, claiming the rights to the Zealy Daguerreotypes. The items in question are several photographs that depict enslaved people and were commissioned by Louis Agassiz to support his arguments of scientific racism. According to Lanier, the people in the pictures, Renty and Delia, are her ancestors.

Lanier said Harvard can learn from Cambridge’s decision to scrub the Agassiz name from the city.

“Harvard needs to just jump on board, join the bandwagon and say, ‘You know what, we are not going to continue to celebrate and memorialize a racist,’” Lanier said. “That’s not hard.”

“When we have a historical figure, whose name connotates those kinds of dark chapters in our history it is our responsibility to, firstly, not only to rebuke this person, but also, wherever we see Louis Agassiz’s name, we need to make sure that the community understands who they are memorializing,” she added.

Counter said she urges the University to reflect on how a name like Agassiz’s might make Black students feel.

“I would say to Harvard, think about how that makes your Black students feel,” Counter said. “Think about how it feels to walk around on campus, seeing names of buildings reflective of a white supremacist.”

Counter said she was relieved by the name change, but expressed that there is still more to be done across Cambridge, saying that finding out Agassiz’s legacy has made her question who streets are named after and their legacies.

“It definitely feels like I can finally exhale,” Counter said. “But at the same time, this is just one thing. There’s so much more to do.”