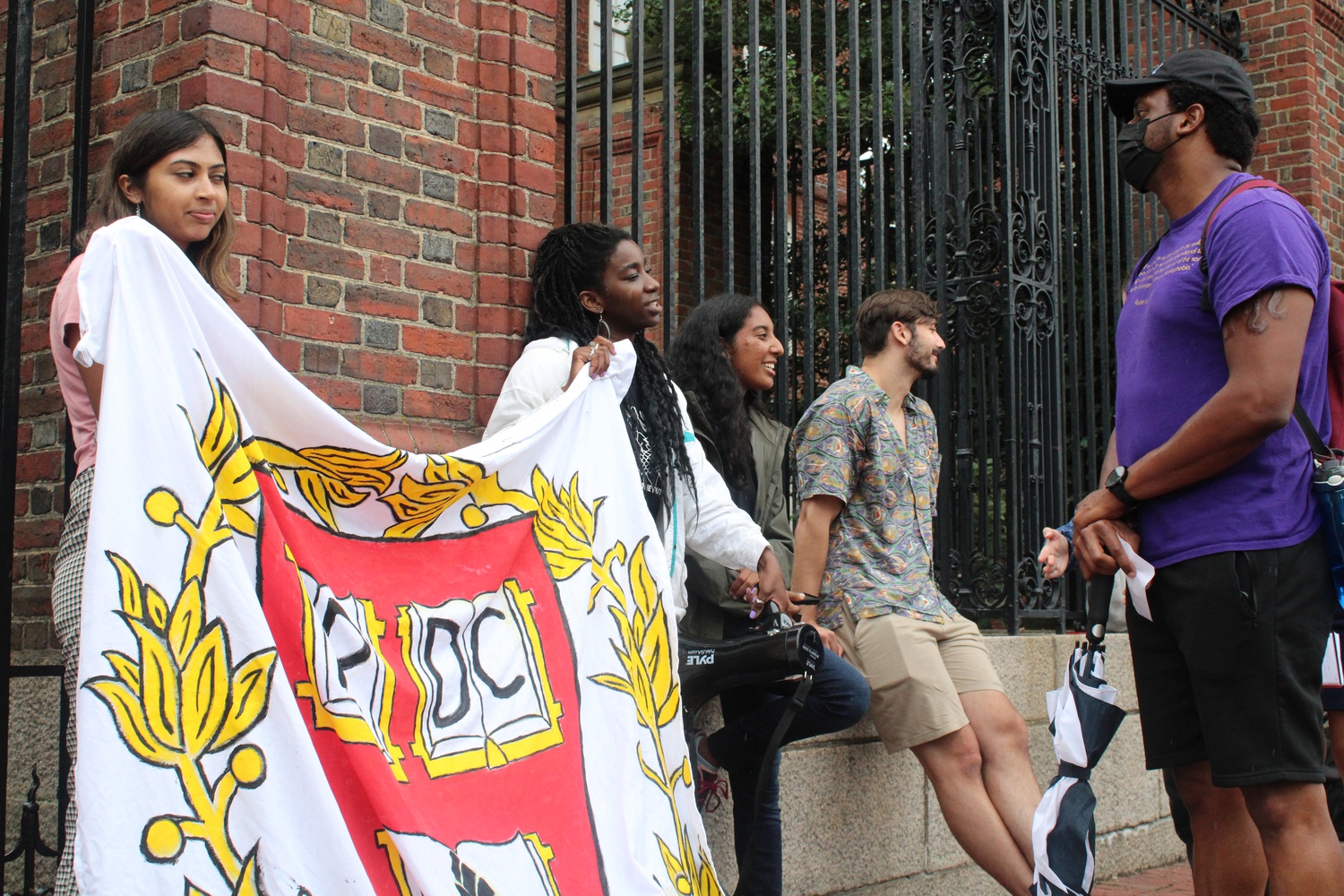 Members of the Harvard Prison Divestment Campaign organized a rally Thursday afternoon calling on Harvard to divest from industries, companies, and funds they say are part of the prison-industrial complex.

Thursday’s protest was organized to mark the 50th anniversary of the Attica Prison Rebellion, in which prisoners at the maximum-security Attica Correctional Facility in New York seized control of the prison to demand improved living conditions, sparking the bloodiest prison confrontation in U.S. history.

Protest organizer Lydia S. Ghuman, a student at Harvard Law School, opened the rally by recounting the demands of the Attica prisoners. Those demands are similar to those of present-day incarcerated advocates for prisoners’ rights, Ghuman said.

“These demands still exist today and are arguably more dire,” she said.

Joseph M. “Joe” Pinto, a Divinity School alumnus and an early organizer with HPDC, said he attended the protest to remind Harvard that the group will continue to put pressure on the University this year, despite the Covid-19 pandemic preventing them from demonstrating on campus over the past year.

“Campus has reopened and we’re here,” he said. “We haven’t gone anywhere.”

Pinto also said that while Harvard may not directly invest in private prisons, the University bears responsibility for what HPDC claims are indirect investments in the prison industry.

“You actually can pull out your indirect funds,” Pinto said. “There are filters that can be applied pretty easily to investing that say, ‘we want our money here, but not there.’”

Ghuman said after the rally that she appreciated the increased recognition of the issues for which HPDC advocates, compared to when the campaign initially formed in 2018.

“When HPDC first started, we would have to fight for something as simple as to get the word ‘abolition’ even recognized,” Ghuman said. “Now, we already have a similar framework and starting ground with people.”

Ghuman said she was optimistic about the future of the divest movement.

“If we can make Harvard divest, a lot of other schools will divest,” Ghuman said. “It’s a slow and long battle, but it’s one we think we can win – it’ll just take time.”