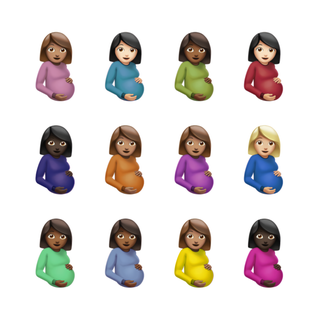 On Sep. 3, 2021, Champagne Papi (Drake) released his long-awaited sixth studio album “Certified Lover Boy,” which he has been working on since 2019. According to Drake, the record is a sort of tongue-in-cheek inversion of his polarizing reputation as a “certified lover boy,” intended to flip the narrative to get back at the haters. It does just the opposite; however, actually reinforcing Drake’s self-professed “toxic masculinity” in a way that detrimentally holds him back from growth.

Like many songs on the album, the intro track, “Champagne Poetry,” is made up of two parts. Part one features “the effortless flows,” in Drake’s words, that never fail to bring success to his record label OVO. The beat fades out just before the second part, when the sonics accommodate the transition from repetitive verses into a more dynamic beat. The lyrics guide the thematic transition from circular “talk about how [Drake] got a fortune on [him]” to the more ambitious and therefore interesting topics like “this the part where I'ma find a new part of me to explore.” Similarly complex is the Travis Scott track “Fair Trade,” where Drake is “losin' friends and findin' peace” while Scott follows through with lines like “bury them / I'm talkin' fake friends and skeletons.” The beat resonates — a synergy of the harmonic sample perfectly complementing Scott’s signature reworked hi-hats — perfectly unifying the rappers’ matching flows. “Get Along Better” is also a melodic marvel, with emotionally sung lyrics that highlight the struggle of heartbreak in a way the audience can sympathize with. The production on these tracks is innovative and exciting, matching the lyricism and giving the listener a glimpse of a new side to Drake.

The album as a whole; however, does little by way of self-exploration.

“No Friends In The Industry” and “7am On Bridle Path” are direct attacks at Drake’s enemies — namely Kanye West — that have all the pompousness and arrogance a diss track demands. The vocal inflections and undertones to Drizzy’s flow serve to highlight the animosity when contrasted with the heavy hitting beat, but do not cohere with the album’s goal of self-growth.

“Papi’s Home” follows through on phenomenal beats but falls short lyrically. With simple rhyme schemes and even simpler verse progressions, not even the Nicki verse can save it from failure. Even less impressive is the track “Girls Want Girls,” a song that compares Drake and Lil Baby to lesbians while also blatantly fetishizing lesbian relationships. “Say that you a lesbian, girl, me too,” is giving 2009 Drake, when he rapped about “are any of y'all into girls like I am? Les-be-honest!” on “Every Girl.” Toxic masculinity, two-timing, and stereotypical playboy vibes are all there to fit in with the title, but clearly, he hasn’t grown much in terms of emotional maturity.

“Knife Talk'' belongs to a category of songs on this album where the feature dominates the track. Although the sampled vocals from Project Pat and violin melodies are new and refreshing, the track is most distinctly reminiscent of 21 Savage’s projects like “Savage Mode.” Similarly, the funky afro-beats on “Fountains” have Tems written all over them, outshining Drake’s measly verse or two. In fact, one of the most consistent trends on this record is that the features carry the album, leaving Drake in the dust. “You Only Live Twice” belongs to Rick Ross and Lil Wayne, and “IMY2” is Kid Cudi’s song. “Love All” is riddled with heavy 808’s and jazzy keyboard riffs, setting a blue mood for Jay Z as he raps about “only thing we 'spect now is violence,” and overpowers the track. Although these collaborations are bangers, they unfortunately make Drake out to sound like a feature on his own album.

Then come an excessive amount of forgettable tracks one after another. “TSU” sees Drake praising a stripper for her work ethic in a narrative that falls flat both emotionally and melodically. Similarly, “Pipe Down” beats the overused theme of Drake’s failed relationship woes into the ground. The passive-aggressive verses fail to evoke sympathy, since he himself reinforces that he goes through relationships faster than he can mourn them. “Yebba’s Heartbreak” serves as a romantic interlude from mediocre to subpar with no contribution on Drake’s part. “Race My Mind” has an interesting snippet of harp-like trills, but is otherwise unremarkable in terms of flow and thematic continuity. Likewise, when Drake falls “N 2 Deep” with the club scene and Future hikes along for the ride, there is no verse significant enough to commit the song to memory.

“Way 2 Sexy” features Future and Young Thug, where the rapper’s individual styles shine, but the repetitive intro sample dominates the melody, holding the song back from ever reaching its potential. It happens yet again on the track “In The Bible,” where Lil Durk’s self-confidence shines in his flow, contrasting with Giveon’s emotional vulnerability in “when you see the real, will you still want me?” Despite the deep bass and blasphemously sexy electric guitar riffs, the song’s mixed perspectives are starkly different from each other and Drake’s own, which focuses on the party lifestyle. Evidently, there remains an inherent disconnect between the union of the thematic melody and the dissonance of the lyrics.

There’s nothing more disappointing than a bloated, generic, and recycled album. Where’s the chameleon Drake that dared to experiment? Where’s the ambitious rookie that took risks? The elusive persona that was promised to be unveiled in this album? Instead of following through on the promise of evolution, he made the album where all Drake songs go to die.