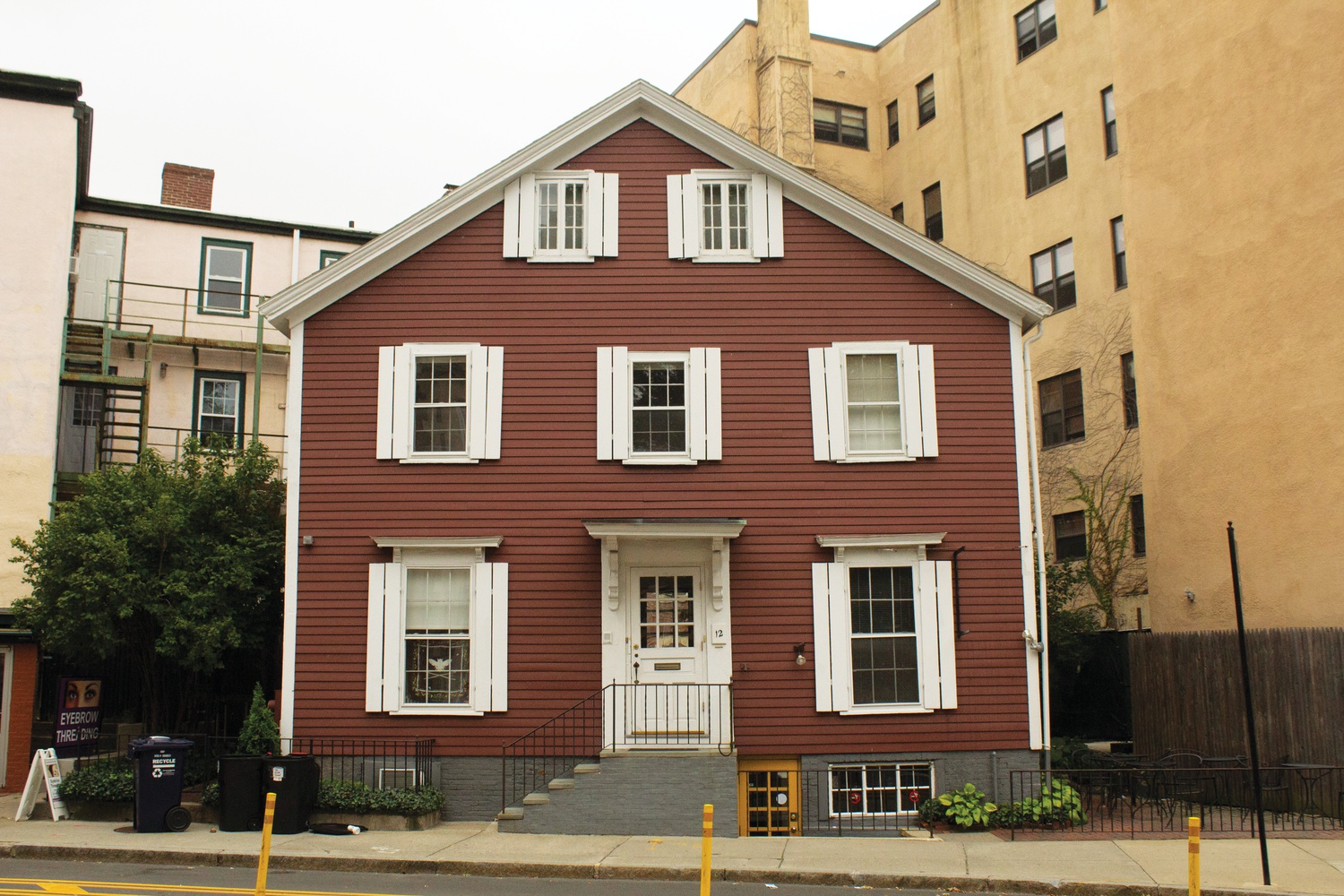 The building at 12 Bow St., formerly home of Café Pamplona, was purchased earlier this year by Susana Vik '21-'23, the president of the Bee Club. A banner with the Bee Club insignia currently adorns one of the first-floor windows. By Aiyana G. White
By Alex M. Koller and Taylor C. Peterman

The all-female Bee Club has its own clubhouse once again, thanks to a $2.2 million purchase of the building that formerly housed Café Pamplona by the club’s president, a College junior.

The property is the former location of Café Pamplona, which shuttered its doors in May 2020 due to a sharp drop in customers after serving Harvard Square for more than 60 years. The City of Cambridge assessed the value of the building at roughly $1.5 million this year.

Two College students with direct knowledge of the situation, including a member of the Bee, told The Crimson the property will now serve as the Bee’s clubhouse. The Crimson granted both students anonymity to discuss the club’s intentions.

Vik’s purchase of the property bookends the Bee Club’s divorce from the Delphic Club and gives the all-female final club physical autonomy for the first time in four years.

In fall 2017, the Bee vacated its 45 Dunster St. clubhouse, which now houses the Hasty Pudding Club, to move into the Delphic Club’s space at 9 Linden St. after the clubs merged into the co-ed Delphic-Bee Club.

The sanctions were met with fierce scrutiny and spawned a pair of lawsuits. Harvard ended the sanctions policy in 2020 after administrators concluded the University would “be legally barred from further enforcing the policy” due to a recent ruling handed down by the U.S. Supreme Court.

The Delphic Club and Bee Club’s marriage ended last fall — one month after the University rolled back the sanctions.

The Bee Club’s purchase of its own clubhouse — a permanent home for the all-female social group — therefore sounds the death knell for the University’s sanctions policy.

A banner with the Bee Club insignia currently adorns one of the building’s first-floor windows.