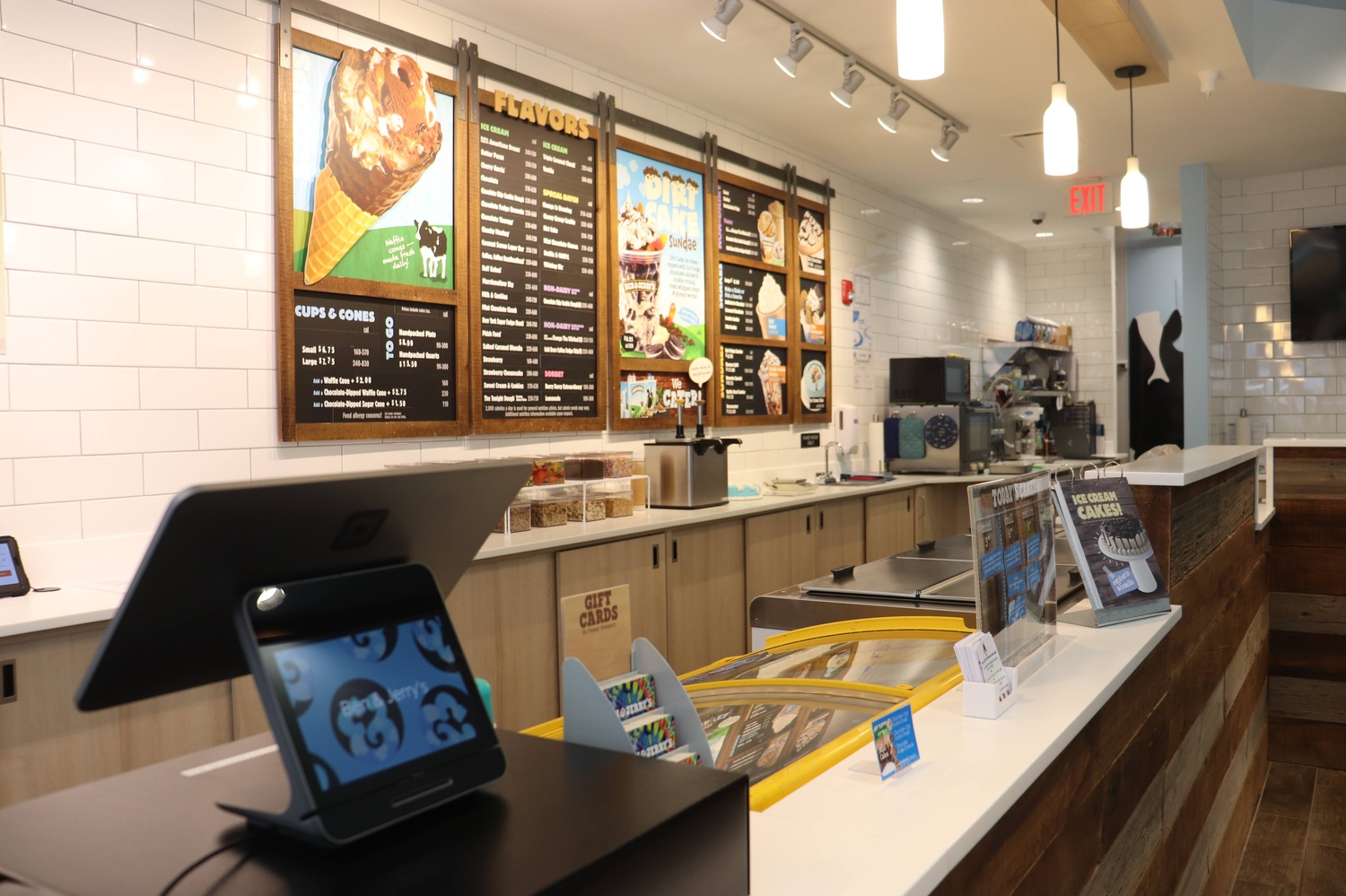 The ice cream shop Ben and Jerry's reopened in a new location in Harvard Square after closing in 2020 because of Covid. By Truong L. Nguyen
By Katherine M. Burstein and Sage S. Lattman, Crimson Staff Writers

The shop — once located inside The Garage shopping mall on John F. Kennedy St. — closed in 2020 at the onset of the Covid-19 pandemic. Its new location sits across the street at 35 JFK St., formerly David’s Tea.

Unlike its previous shop, which was only accessible inside The Garage, the reopened Ben and Jerry’s has a streetside storefront.

“When I bought the shop, I had visions of someday getting out onto the street,” Stephen A. Marcus, the franchisee who owns the Cambridge location, said. “If you're familiar with The Garage, neat location, but you are inside a building and so people walking along on the sidewalk don't necessarily know you’re there.”

Marcus added that the store’s lease was set to expire in August 2020, five months after it closed due to the pandemic.

“I just let it expire and hoped for the best that I find a new location, and then this location on JFK street came along,” Marcus said.

The close proximity to Ben and Jerry’s original location in The Garage was an added benefit, according to Marcus.

“People don't have to look that hard to find us again,” he said.

Rana J. Mesibor, the store manager for the new location, added that the shop's increase in square footage opens up more possibilities for the business, such as making ice cream cakes.

“Obviously, that’s a little part of the Ben and Jerry’s business, but it’s just something extra that we can bring to the community,” Mesibor said.

Talon C. Flodman ’25 said he was pleased to hear of the store's nearby location.

“I love Ben and Jerry’s ice cream, and it sounds like a fun night-snack when I’m feeling down,” Flodman said.

But the reopening was not without challenges. Mesibor explained that the timing of the store’s December reopening made for an “extremely slow” start — coinciding with colder weather, the College’s winter break, and the Omicron variant surge.

Despite a quiet first month, Marcus said he is confident the store's business will pick up in the spring.

“Having been in Harvard Square since 2013, I know what's coming when we get nice weather and hopefully the worst of the pandemic behind us,” he said.

Marcus, who owns three other Ben and Jerry's locations in the Boston area, plans to open a fifth storefront in Porter Square later this year.

—Staff writer Sage Lattman can be reached at sage.lattman@thecrimson.com.