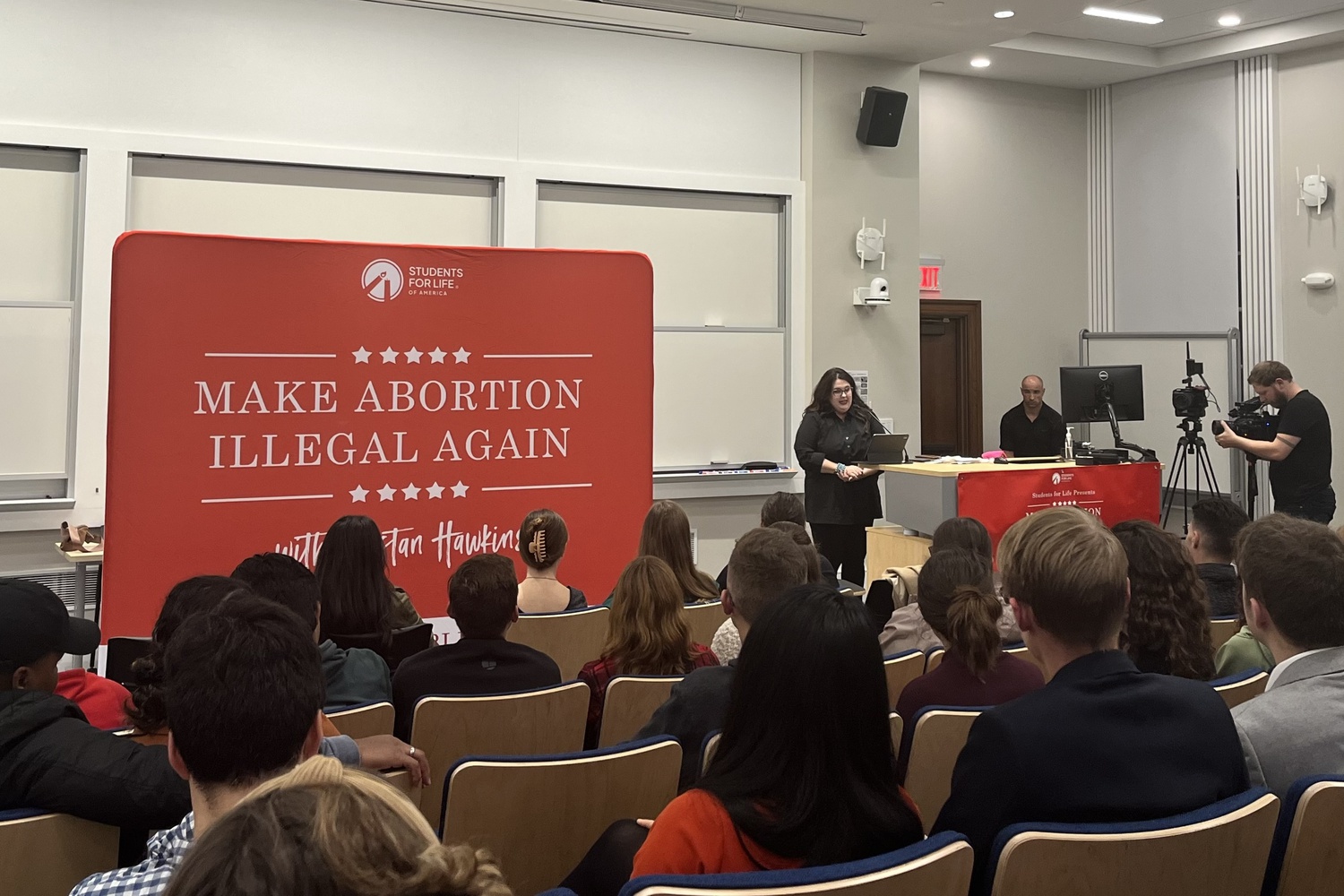 Protesters in support of abortion rights did not attend the event. Hawkins said in an interview after her talk that she increased her security due to social media posts suggesting student protest. She said she was “disappointed” by the lack of attendance from those opposed to her views.

“That’s where you actually get a lot of change at that point, when you start having folks who have different opinions, learn what each other actually believes, and stop talking over each other or shouting,” Hawkins said.

Ava K. Pallotta ’25 — who organized a rally in support of abortion rights in May following the leaked Roe opinion — said she did not know about the Right to Life event and would have planned a protest otherwise.

“I would have wanted to counter protest to try to make sure that people who are pro-choice on this campus felt seen and supported,” Pallotta said. “There is a group on campus that does not support Kristan Hawkins and Harvard Right to Life and their beliefs.”

During the event, Hawkins discussed her anti-abortion beliefs and described the procedure as the “direct and intentional killing of a pre-born child.”

“When I say ‘make abortion illegal again,’ I’m speaking out of a place of true concern. Concern for the pre-born child who was violently killed in a direct abortion, as well as for her mother or his mother, who is paternalistically told that her empowerment and future success relies upon her willingness to subjugate another human being,” Hawkins said.

Hawkins’ tour comes in the wake of the Supreme Court’s landmark decision to overturn Roe v. Wade in June, which eliminated the federal constitutional right to abortion. Less than four months after the decision, 13 states have banned most abortions.

Even so, Hawkins said striking down Roe “wasn’t a total victory” for the movement against abortion because the Supreme Court only returned the issue to the states.

“We would like to see the Supreme Court uphold laws that outlaw abortion. We can’t wait to get to a point where we have a federal protection measure in place, a ‘Life at Conception Act’, then moving on to a federal amendment to our Constitution,” Hawkins said. “That’s been our mission from the beginning.”

“For me, it feels much more about, ‘What can I do to help make people feel seen and help protect abortion access?’ and less about, ‘What are pro-lifers doing and how can I counter that?’” she said.