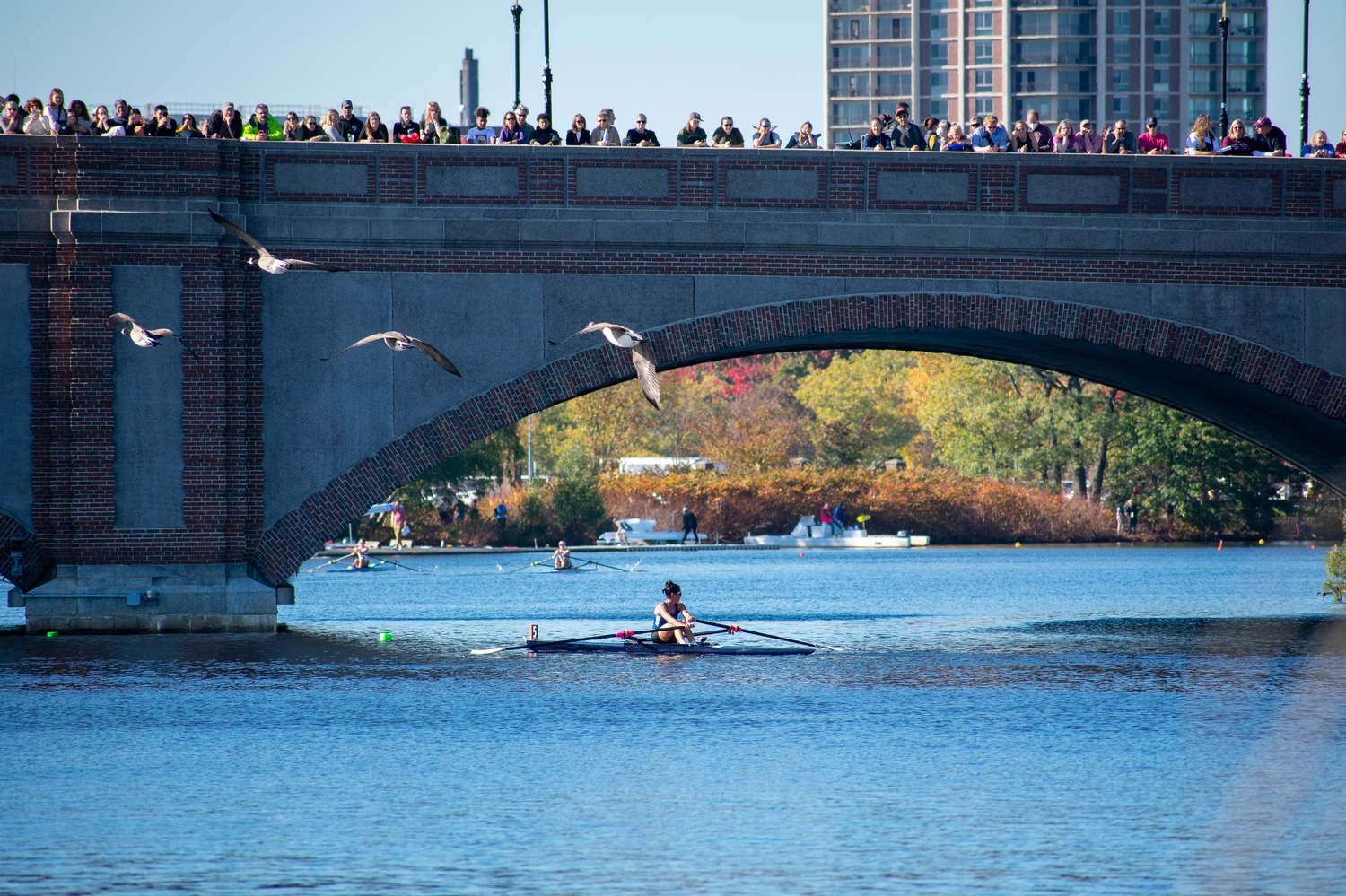 Spectators watch from above as competitors in the Head of the Charles Regatta pass by. By Julian J. Giordano
By Natalie K. Bandura, Jo B. Lemann, and Azusa M. Lippit, Contributing Writers

Hundreds of thousands of spectators lined the Charles River to cheer on the 57th Head of the Charles Regatta from Friday to Sunday.

Roughly 11,000 athletes participated in the weekend of racing. Booths lined the bank of the Charles River selling memorabilia, food, and drinks.

Lux Hogan-Murphy ’26, who attended the regatta on Saturday, said she felt “grateful” to be at the event.

“Leaves were falling, the people were smiling, spirits were high,” she said.

Despite rainy weather on Sunday, Grace Seifu ’24 said she appreciated the atmosphere of the Regatta due to the positive energy displayed by the athletes.

“The people on the teams really love each other,” Seifu said. “They really work hard, and they love what they do. And I think that says a lot about the sport and also the type of people that it attracts.” 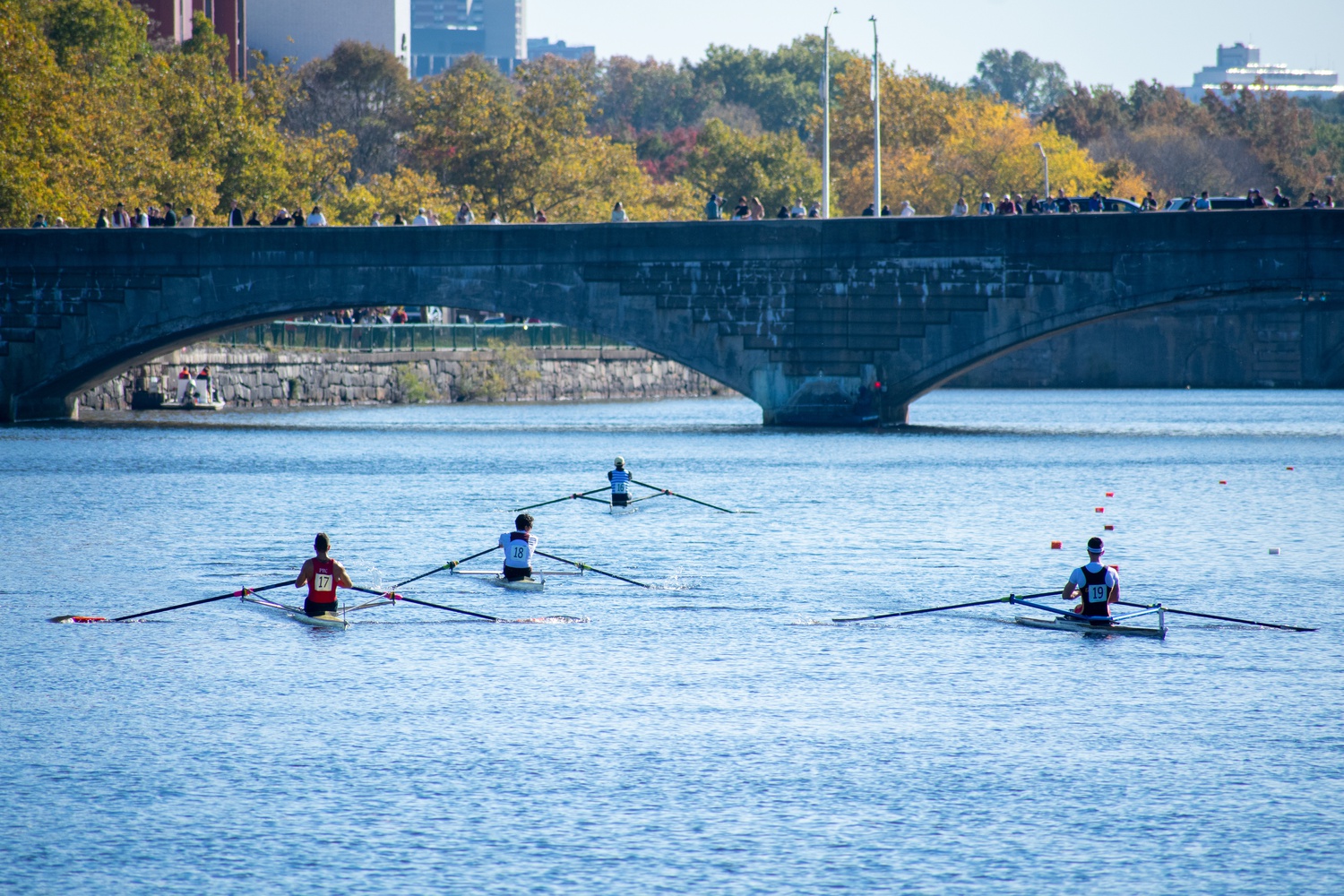 Single Rowers compete in the Head of the Charles Regatta. By Julian J. Giordano

Luna V. Pham ’24, a spectator who was a coxswain on Harvard’s rowing team last year, described the rowers as “angelic.”

She reflected on her personal experience with the team, recalling how stressful it was to train for the competition and how that stress seemed to dissipate once a race began.

“You don't think about anything except getting the best strokes in and just being able to make it to the finish line,” Pham said. “It’s like all of your stresses are gone and you just wanna do the best that you could for the race.”

Michael Cataldo, a clothing vendor at the event, launched his new brand Doodle Dog Apparel at the regatta on Saturday. He said his experience was “unbelievable” and “overwhelming,” noting that he sold twice as much merchandise as he was expecting.

“We want to be here where the consumers hang out,” Cataldo said. “It's a lot of excitement, a lot of positivity. And, you know, those are the kinds of experiences people like to remember.” 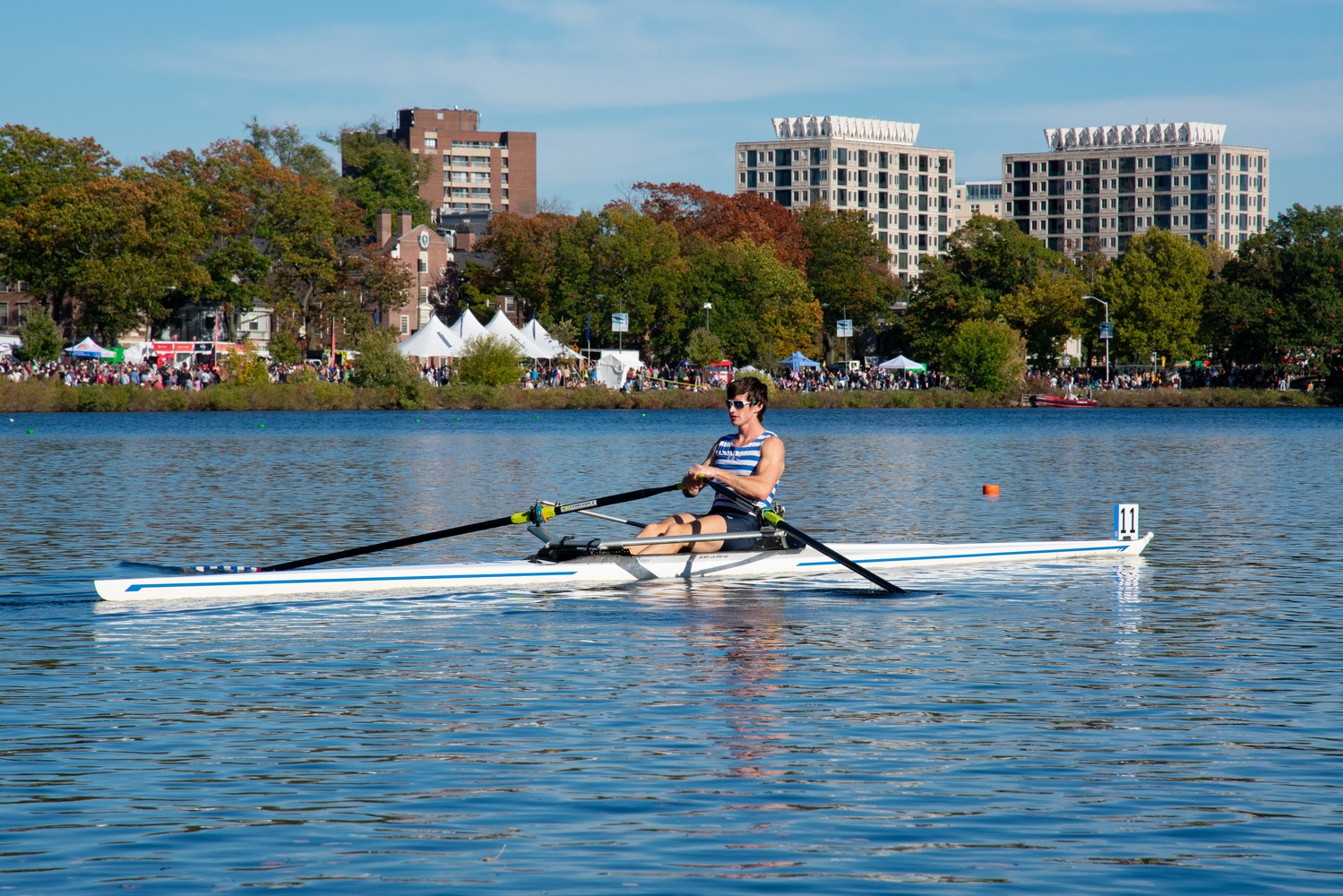 The Regatta held a special significance for Ukrainian fan Robert Orest Kulewicz. This year marked the first time that the Ukrainian national team competed at the Head of the Charles.

“You can imagine the challenges that they have, right? They have to train outside of their country,” Kulewicz said about the Ukrainian athletes. “They have the stress of waking up every day and trying to understand where their friends and family are, but they came out here and they did the best they could.”

Wesleyan University rower Nelson Bellows said “there is nothing quite like racing the Head of the Charles.” Bellows wrote in a text message that the city of Boston coming together for the annual regatta creates a unique atmosphere.

“Amidst the crashes, stress, and confusion, the opportunity for great fun is presented to thousands of young athletes,” Bellows wrote.