'Being Funny in a Foreign Language' Review: The 1975 Captures the Essence of Their Happily Emo Sound 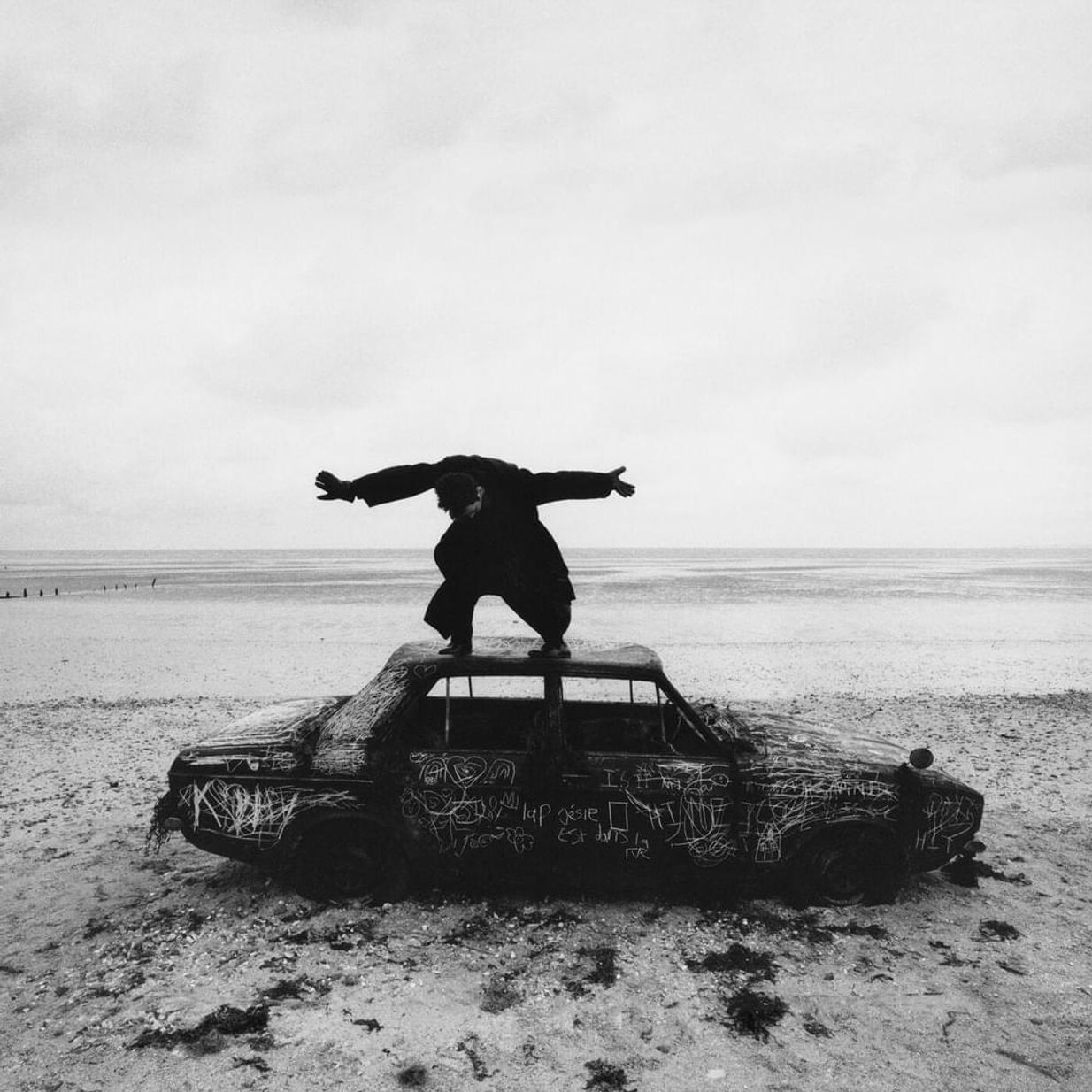 Album cover for The 1975's "Being Funny in a Foreign Language." By Courtesy of The 1975 / Dirty Hit
By Margo A. Silliman, Contributing Writer

“Like Hann said, being funny in a foreign language…isn’t our war & peace. This is our collection of polaroids,” lead singer of The 1975 Matthew “Matty” Healy said in their Spotify Storyline for their most recent album release, referencing a comment from the band’s lead guitarist Adam Hann. The band released their fifth album, “Being Funny in a Foreign Language,” on Oct. 14, and though it may not be their most musically powerful body of work, the project stays true to the group’s unique sound and will likely satisfy listeners who have been eagerly awaiting its arrival.

The album is reflective, but in a way that focuses on how we look at the present moment; the current social climate is essential to how the band views their lives and past experiences. The band first formed when its members were around 13 years old, and now that they’re still together at 33, they function in many ways as one solo artist, Healy said in his interview with Zane Lowe for Apple Music. It is having gone through so many experiences together that now enables them to create a cohesive sound, successfully addressing how they feel about themselves and society at this moment.

The band opens every album with a self-titled track, “The 1975,” meant to be a “status update” on where they’re at in their lives, as explained in the Storyline. On “Being Funny in a Foreign Language,” their latest version of that iconic first track conveys anxiety and chaos. Rushed piano and fragmented lyrics relate to the seemingly fast paced, frenzied present world. On the opening track, they repeat “I’m sorry if you’re livin’ and you’re 17,” highlighting a theme upheld throughout the album, that younger generations in particular have to struggle with the current problems in society. Towards the end of the song, the guitar slows down and brass instruments come in — the band wants to slow down and talk about these feelings, observe them in the present, and that’s how they frame the rest of the album.

From here, they address the idea of being sincere in relationships. “Happiness,” “Oh Caroline,” and “I’m in Love with You” are naively blissful. They seem shallow on the surface, using upbeat, EDM-sounding guitar and simple lyrics like “I’m in love with you” to explore the moment in a relationship when you love someone and want to make that work. Though they’re simple, they get straight to the point intentionally to convey the sincerity behind expressing exactly what you want and how you feel.

When first writing “I’m in Love with You,” Healy was trying to write “I’m NOT in love with you,” and couldn’t make the lines work, he said in the Storyline. Guitaris Hann told him to not avoid being positive and write what he really feels, prompting Healy to be authentic in this nearly too-catchy track.

“All I Need to Hear” is perhaps the album’s saddest track in tone. It’s guided by a slow bass and wistful guitar that chimes in between lyrics. However, both this and their upbeat tracks uphold the idea of being honest in love. In his interview with Lowe, Healy stated “Tell me you love me ‘cause that’s all I need to hear” is the moment he’s most earnest on the album. Through the heartache and honest desire in the song, it communicates a yearning for love, which has been prevalent on every album from The 1975.

Musically, the album fits well into the band’s typical sound. It ranges from more pop, happy sounds, to deeply sad, slow tracks, and a few reflective and wistful tracks in a sweet spot in between. Be that as it may, this is possibly their most standard album in terms of structure. In their other albums, there are purely instrumental tracks, hidden tracks, and tracks featuring incoherent melodies. There’s often some meaning, and the die-hard fans will dig through these for gems, but keeping it down to 11 conventional songs will appeal to a broader audience and put their loyal fans at ease.

The first single from the album, “Part of the Band,” furthers the idea that listeners are experiencing a snapshot into this moment in time for the band. Journaling was an inspiration for Healy on the track, according to his statements on the Spotify Storyline. The lyrics seem to reference brief snippets into different moments of his life. He makes references to his “cancellations,” referring to a past controversy over allegedly putting himself at the center of discourse on police brutality by tweeting lyrics from one of their own songs in 2020 in response to the murder of George Floyd.

He also mentions his “heroin binges,” current sobriety, falling in love, and dealing with the internet. In the final verse, he sings, “Am I ironically woke? The butt of my joke? Or am I just some post-coke, average, skinny bloke? Calling his ego imagination?” Thinking about his past brings him to a present filled with contemplating where he fits into the greater scheme of the world, but in a witty and funny way that Healy is known for.

“Human Too” also addresses some of the themes of cancellation, but in a broader sense; Healy said he feels young people set “moral, political, social standards” that will only lead to disappointment, according to the Storyline. While the song is a bit dull musically, too mellow, and not very rhythmic, it argues for empathy with a message that is essential to the overall meaning of the album.

“About You” is an example of The 1975’s sweet spot between sounding happy and expressing nostalgia. In the Storyline, the band states it’s a “musical continuation” of “Robbers,” a fan-favorite off their self-titled debut 2013 album. A guitar reverb hooks the listener, the most obvious parallel to “Robbers.” However, “About You” is dreamier and there’s much more going on instrumentally than its 2014 predecessor, from saxophone to layered guitars, making the hook less prominent. The song also features vocals from Hann’s wife, Carly Holt. A duet is rare for The 1975 though not unheard of, and Holt’s voice complements Healy’s, both surreal, and this song is where Healy’s voice sounds the best on the album. His refrain “Do you think I have forgotten about you?” and Holt’s “I think about you” represent two nostalgic lovers stating how they think about each other after time has passed.

“This record, we wanted to let people be a witness to something a bit more; so the last album was going to see ‘Transformers’ at the IMAX, this is like going to see a play,” Healy explained to Lowe. The 1975 chooses to be authentic to themselves on their fifth album and succeeds more than ever. By lyrically highlighting their various emotions through snippets into moments and impulses, the band has improved their ability to be introspective and allow listeners to understand exactly how they feel.