It’s Okay, We Can Let ‘How I Met Your Mother’ Go 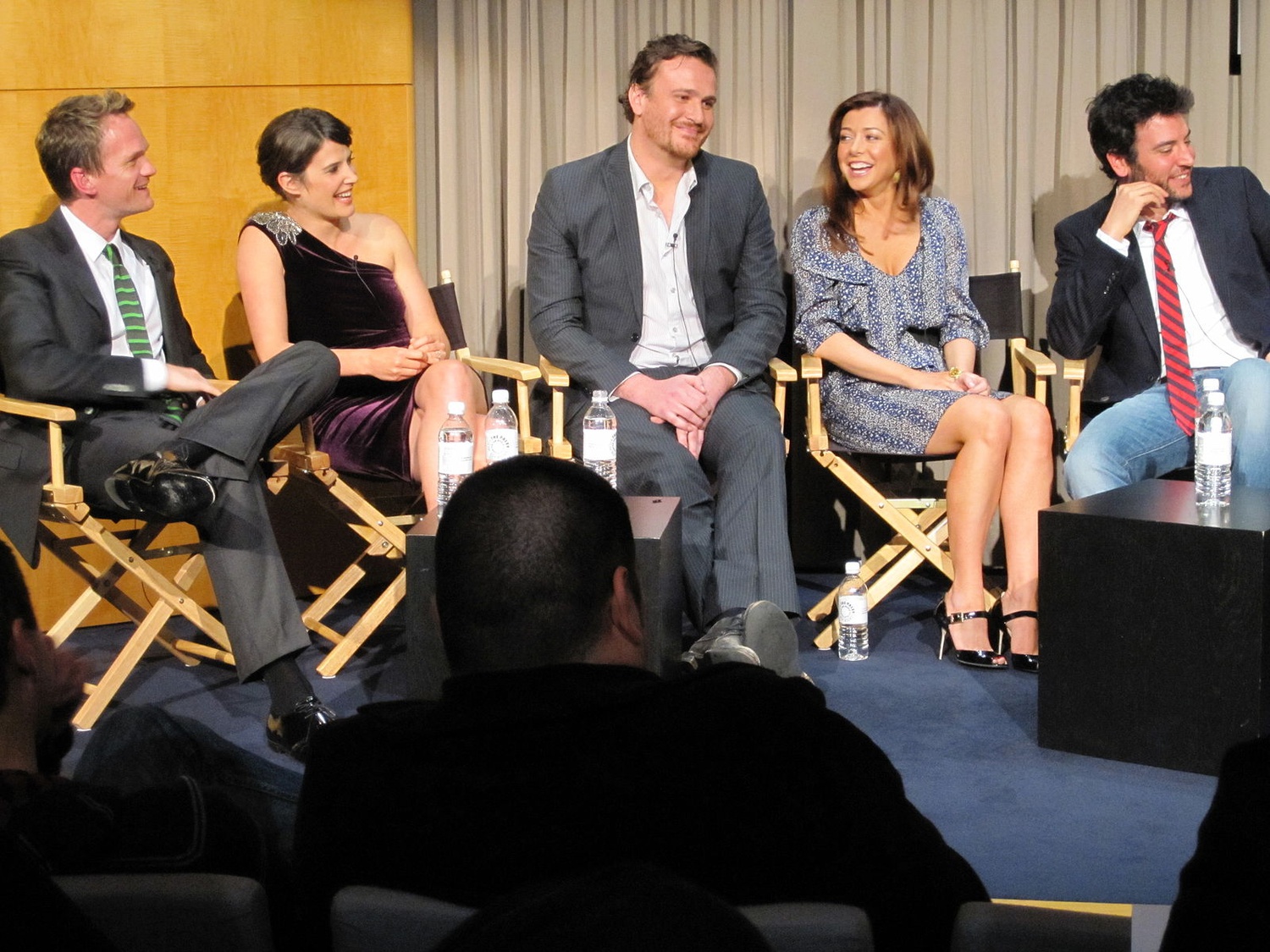 The cast of "How I Met Your Mother" at the at the 100th episode celebration in 2010. From left, Neil Patrick Harris, Cobie Smulders, Jason Segel, Alyson Hannigan, and Josh Radnor. By Courtesy of Francis Orante
By Sofia M. Giannuzzi, Contributing Writer

The first episode of “How I Met Your Mother” aired 17 years ago, so now it's officially okay to leave it in the past.

The TV show, for those who somehow managed to avoid coming across it at the dentist’s office or when flipping through channels 10 years ago, hits the same rhythm as any other wide-reaching sitcom from the early 2000s: A group of five friends face New York City together, each living in an apartment that seems entirely too expensive given how little they actually work, with practically every episode exploring the beginning or end of a romantic connection. The main characters, Lily, Marshall, Ted, Robin, and Barney, make up an un-diverse cast of incredibly attractive people. And, like every other show of its nature, the scenes normally either take place in a spacious apartment or the gang’s “hang-out spot,” a cozy booth at MacLaren’s Pub.

But despite its lack of originality, I must begrudgingly admit that I smile every time I watch “How I Met Your Mother.” The characters are idiotic in the best way, and though their banter is often out-of-touch, the practiced and witty comments are enough to keep viewers entertained — and are even funny enough to warrant the occasional chuckle. Maybe it is only because the show has been around for almost twenty years, long enough so that we have all, to some extent, grown up with it, but rewatching “How I Met Your Mother” feels comfortable. Viewers know they can always rely on Ted Mosby (Josh Radnor) to volley between being fiercely smitten and dejectedly heartbroken. They expect Barney Stinson’s (Neil Patrick Harris) horrifically objectifying antics. And they know the group will always come back together in the end, despite arguments or love affairs, to toast their drinks at the same booth at MacLaren’s.

The forte of the show is how familiar it is — similar to “Friends” or “The Big Bang Theory” — but the comfort and warmth of “How I Met Your Mother” fades in its ninth and final season. Up until this point, viewers have become accustomed to the characters falling into the same kind of problems and grappling with similar love-life complications. In Season Nine, however, the writers seemingly attempt to shake things up with new sets and locations that feel forced, ultimately straying too far from what many viewers liked and expected from the show. The final season is a whirlwind of everything going wrong, and, in a “Game of Thrones”-like ending, everything is resolved entirely too quickly.

While Tracy (Cristin Milioti) and Ted’s long-awaited get together is satisfying (a good thing, too, considering it constitutes the actual meeting-the-mother in “How I Met Your Mother”), the same can’t be said for the relationships between the rest of the characters, especially between Robin (Cobie Smulders) and Barney. The two seem to doubt their marriage too much for them to plausibly go through with their wedding, and, after they marry, their divorce happens so quickly it feels like whiplash. The whole ordeal and its aftermath seems to erase the bonds writers spent eight seasons cementing. Finally, in a single episode, viewers were expected to believe that the womanizer-extraordinaire, Barney Stinson, could flip a switch and begin respecting women after the birth of his daughter.

Though, true to “How I Met Your Mother” form, while the last season could’ve been done better, it still made more than a few viewers (including myself) tear up and go “aww.” And, while I’m not sure I agree with how we got there, Robin and Ted’s final scene with the blue french horn seemed like the perfect way to conclude the series.

If we, as a human race, ever go back to watching cable, “How I Met Your Mother” is a perfectly acceptable show to land on when nothing else is on — but, given that that is unlikely, it’s not a show that warrants the Hulu subscription. To those who will defend “How I Met Your Mother” to the death as their favorite comfort show, I won’t begrudge you that. If you need to feel like you’re ten years old again eating cereal on your parents’ couch, it might just be the best show for the job. But, while the show might have been great 17 years ago, the same can’t be said of it today. It’s time for us to collectively put the show to rest and move on to bigger and better things.