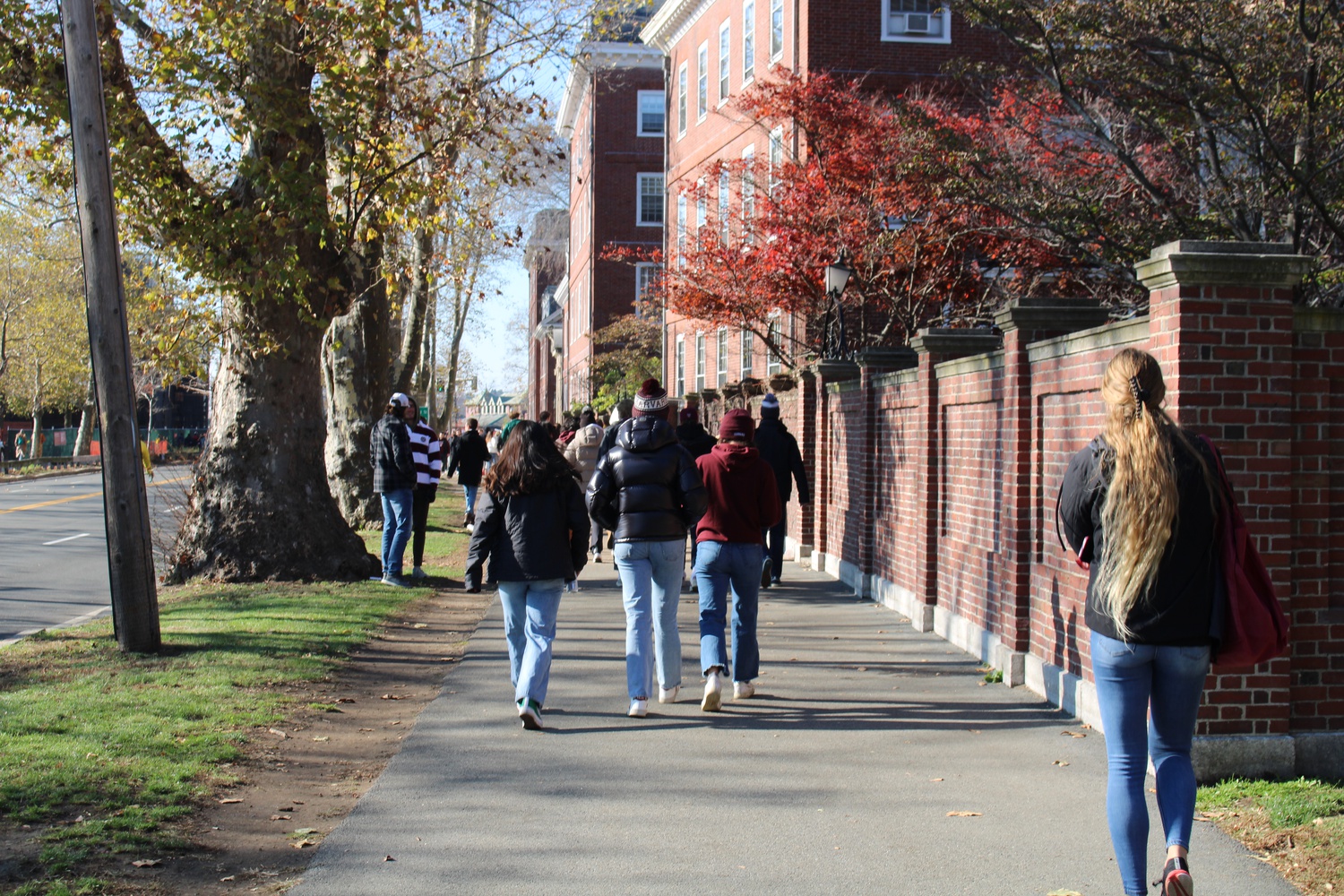 Thousands of Harvard and Yale students, alumni, and other affiliates flooded the streets of Cambridge over the weekend, revisiting staples like Pinocchio’s Pizza & Subs and exploring newer businesses.

Denise A. Jillson, executive director of the Harvard Square Business Association, described The Game as one of the “highlights” of the fall season.

“The weather is going to be good," she said. "It's beautiful football weather, and our businesses are gearing up."

Jillson also discussed the importance of the weekend for businesses in the Square, adding that The Game provides a “positive financial impact.”

“We need to be prepared for [game day] and as we head into the holiday season,” she said. “It’s critical. This is a big weekend, and we look forward to it.”

Adam DiCenso, one of the owners of Pinocchio’s, said the restaurant prepared in advance for the weekend by ordering more supplies and adding staff.

“Ever since restrictions have been let up and the students have been pretty much back to somewhat normalcy here, we've been much busier overall than we were prior to Covid,” DiCenso said. “Also knowing that there hadn't been a Harvard-Yale game here at Harvard since 2016 — those two factors led us to believe that it was going to be extremely busy.”

The Harvard Shop, a student-run business, prepared for a potential staff shortage by offering bonuses to students who worked on game day, per Managing Director Thomas J. Garity ’25.

“I know that it is a bit of a sacrifice to work at the Harvard Shop when all your friends might be going to the tailgates or the game itself,” Garity said. “We anticipated it might be difficult to staff, and we are eternally grateful for everybody who decided to sign up for a shift that day.”

Mimo Peres, a cashier at Wholesome Fresh, said the store saw no significant boost in shoppers over the weekend.

“It's not that much difference — just a little bit, honestly — because we are usually always busy,” he said. “The only difference is that I saw familiar faces from two years ago.”

DiCenso, who has worked at Pinocchio’s for almost 40 years, said he enjoyed reacquainting with alumni and former customers who visited the Square for The Game.

“It's really nice to see all of the old faces of the alumni,” he said. “It's just nice to see people and catch up with people and find out where they're living and see them with their children.”

—Staff writer Vivian Zhao can be reached at vivian.zhao@thecrimson.com

—Staff writer Dekyi T. Tsotsong can be reached at dekyi.tsotsong@thecrimson.com