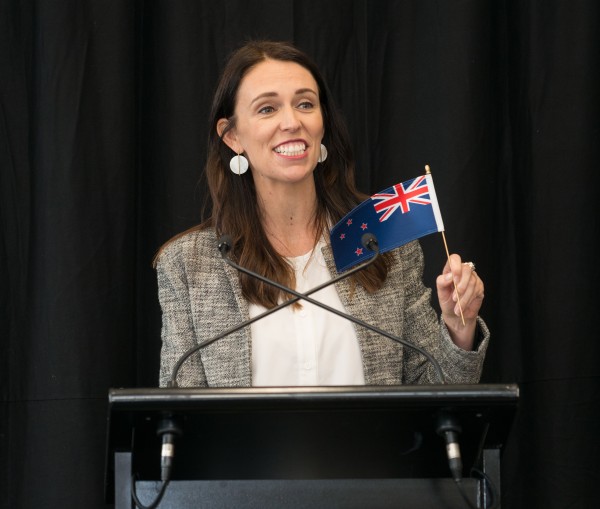 New Zealand Prime Minister Jacinda Ardern will speak at Harvard's Commencement in May, according to a report in a Kiwi media outlet. By Ministry of Justice of New Zealand / Wikimedia Commons
By Cara J. Chang and Isabella B. Cho, Crimson Staff Writers

New Zealand Prime Minister Jacinda Ardern will be one of Harvard’s Commencement speakers in May, according to a report in a Kiwi news outlet.

Stuff, the largest news website in New Zealand, reported Sunday that Ardern will speak to Harvard graduates during a spring trip to the U.S., citing two anonymous sources with knowledge of the preparations.

Harvard has committed to hosting two in-person ceremonies — one for the Class of 2022 and one for the Classes of 2020 and 2021, which graduated online due to the pandemic. University President Lawrence S. Bacow said in December each ceremony will have its own speaker, but the University has not formally revealed the speakers’ identities.

Harvard spokesperson Jason A. Newton declined to confirm whether Ardern will speak at Commencement.

“Harvard has not yet announced its Commencement speaker, and with that I am not in a position to confirm any details regarding this year’s plans,” he wrote in an emailed statement Sunday.

Earlier this month, Ardern announced she would travel to the United States to lead a trade delegation, but a spokesperson for the prime minister declined to comment on whether she will speak at Harvard’s Commencement.

“The Prime Minister has already announced she will lead a trade delegation to America this year to help accelerate New Zealand’s economic recovery from COVID-19,” the spokesperson wrote in a statement Sunday. “The specifics of the itinerary will be announced closer to the time.”

Ardern became leader of the New Zealand Labour Party in August 2017. Two months later, at age 37, she became the county’s youngest prime minister in more than a century.

Last year, Ruth J. Simmons, the president of Prairie View A&M University, spoke during the virtual ceremony. Simmons, who led Brown University from 2001 to 2012, was the first Black president of an Ivy League institution.