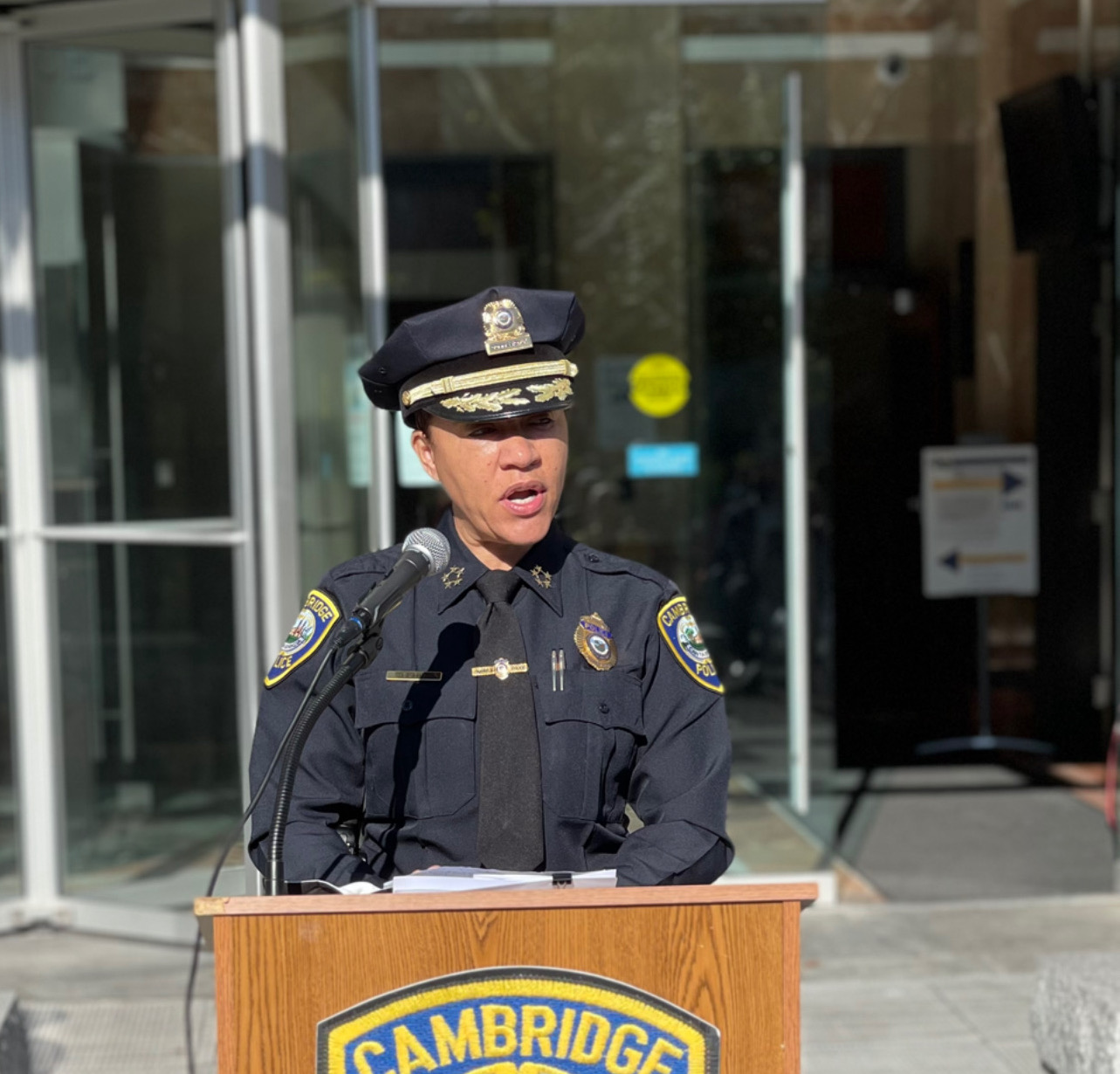 Cambridge Police Department Commissioner Christine A. Elow vowed to prioritize transparency and accountability within the department in a Wednesday interview.

Last month, Elow was sworn in as the first woman to lead the department, after nearly five months as acting commissioner. During the interview, Elow discussed plans to address key challenges facing CPD such as public distrust, excessive police militarization, and barriers to transparency.

“We’re not at war with our community,” Elow said. “I am not about having our officers dressed in camouflage gear.”

Loren Crowe, a Cambridge resident and police reform advocate, said he is heartened by Elow’s interest in continued demilitarization.

“Time will tell what happens, but I'm encouraged by statements she’s made about continuing the work that the previous commissioner had started,” Crowe said. “There’s always more to be done.”

Elow cited the police presence at a July 2016 Black Lives Matter prayer march as a clear case of excessive militarization. Armed CPD officers dressed in military gear observed the rally and parked the department’s Lenco BearCat armored vehicle in view of the demonstrators.

“That show of force really made people feel less safe,” Elow said. “I am totally on board with what Commissioner Bard began, and I’m gonna continue on that path.”

According to CPD spokesperson Jeremy C. Warnick, the department reformed its policy on the BearCat following public backlash to its use at the rally.

Warnick wrote in an email that the BearCat’s deployment had previously been at the discretion of CPD’s tactical operations officer, but that direct approval from the commissioner is now required.

Crowe said he believes the department would be better off removing the BearCat from service entirely.

Elow did not say whether she would consider retiring the BearCat specifically, explaining that she believes in “preparedness” and that some incidents call for an “alternative response vehicle” like the BearCat.

Elow said she viewed the 2018 arrest of a Black Harvard student during Yardfest – in which a CPD officer tackled the student and punched him five times in the stomach – as a learning experience.

“One of the things that I always think about is, ‘How do we do things better?’ and I think every incident that we have is an opportunity to learn,” Elow said. “We are a culture where we're always learning and always growing.”

“I like the idea of amnesty, right? Let’s call the University, let’s see if they have somebody who’s available to come and get this young person,” Elow said. “That's really the way I’d like to see our departments working together.”

Elow offered the use of body cameras by CPD officers as a possible reform to boost transparency within the department, emphasizing the potential benefits of assessing officer conduct objectively.

The department does not currently use body cameras and would require approval from the Cambridge City Council to acquire them due to the city’s Surveillance Technology Ordinance, per Warnick.

Overall, Elow said she hopes to mend CPD’s relationship with historically marginalized groups within Cambridge, adding that she understands their distrust of the police.

“I recognize the role that the police have played in historical injustice,” she said.

Elow said she is optimistic about Council proposals for non-police emergency response alternatives, adding that she hopes CPD can collaborate with such groups in the future.

“I understand, as an African American woman, that there are people in the community that do not have a trusting relationship with the police,” Elow said. “If we can bring other groups in that can respond to people in a way that they trust and feel comfortable, I think that's great.”

“I’d love to see a place or a time when we don't need the police anymore,” Elow said of responses to some emergency calls.