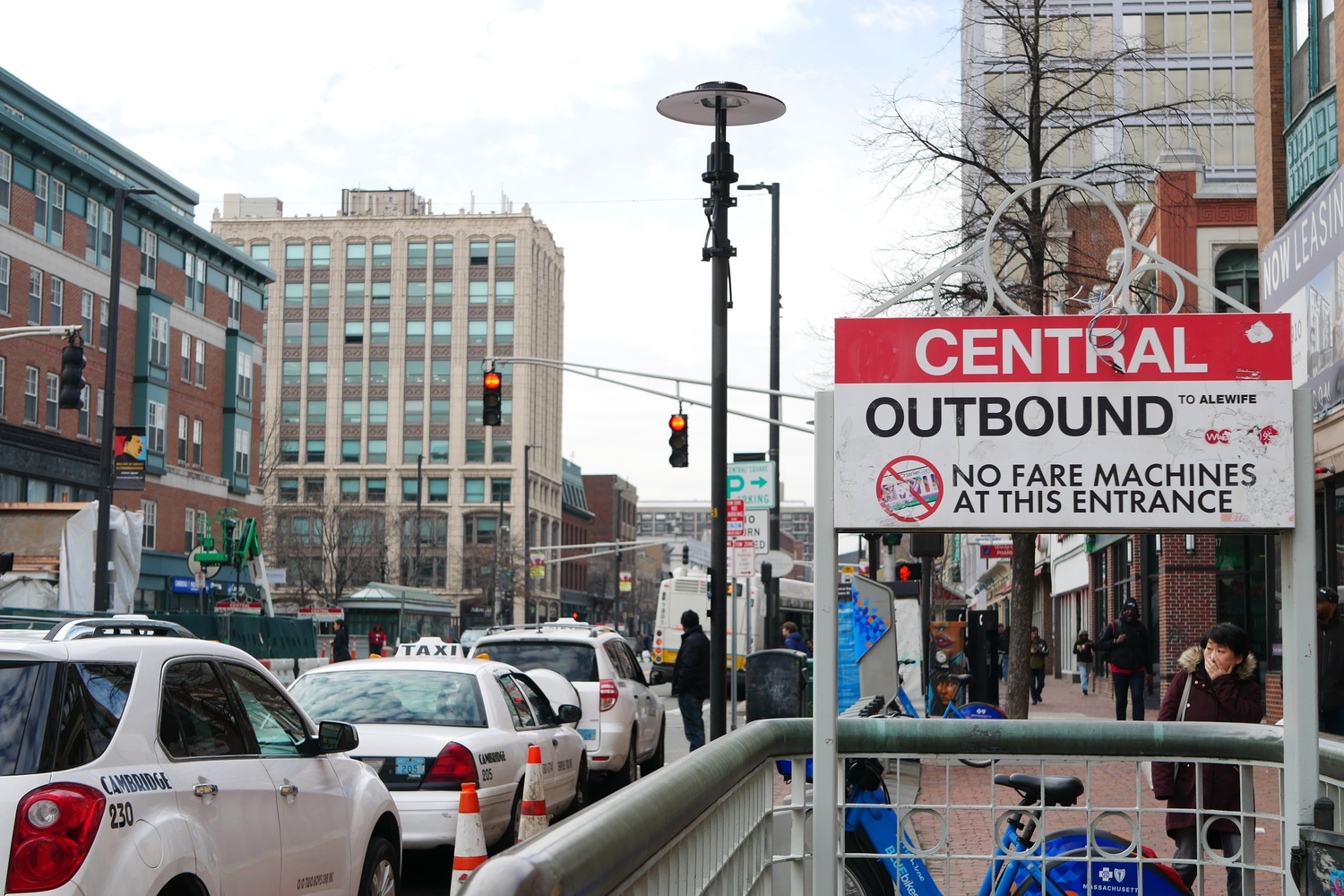 The first recreational marijuana dispensary in Cambridge will open in Central Square in March. By Sara Komatsu
By Salaidh A. Perez, Crimson Staff Writer

Hope said he believes the business’s opening will pave the way for future minority-owned businesses to participate in the marijuana market.

“Oftentimes people say that Cambridge is America's classroom,” he said. “The lessons learned in this case is that if you provide minority and small businesses an opportunity — even during an international pandemic, even when retail really is changing, because everyone is so used to using your phones and getting things brought to you — that an innovative Black-owned business like Yamba Market can come forward and can thrive.”

Hope’s involvement in the cannabis industry includes legally representing one of the state’s leading medical and recreational marijuana dispensaries. Samura, a longtime activist for cannabis legalization and policy, said he first got involved in cannabis advocacy after learning the benefits of medicinal marijuana.

Hope and Samura’s goal is for Yamba Market to operate as both a dispensary and educational resource on cannabis for residents in the greater Boston area, according to Samura.

“We want to be the first place that they come for cannabis knowledge,” Samura said. “We are an authority for supporting a positive adult cannabis lifestyle and the communities that benefit from that.”

“We normalize, we remove the stigma, we change culture, we support people to experience cannabis in the best way,” he added.

Hope said Yamba Market differentiates itself from other dispensaries by offering all visitors an “experiential” visit, regardless of whether they purchase product. At its entrance, the business boasts an open space adorned with lounge areas, artwork, and baskets imported from West African artisans.

Attached to the main dispensary is The Joint, an additional space where visitors who do not consume the product can enjoy artwork, purchase non-regulated merchandise, and attend regular art events.

By June, Hope and Samura aim to open their next store — Yamba Boutique — in Harvard Square. The pair also hopes to launch “Yamba Life” as a “lifestyle brand, focusing on health, wellness, art and creativity.”