Justice Department to End China Initiative, which Brought Down Lieber 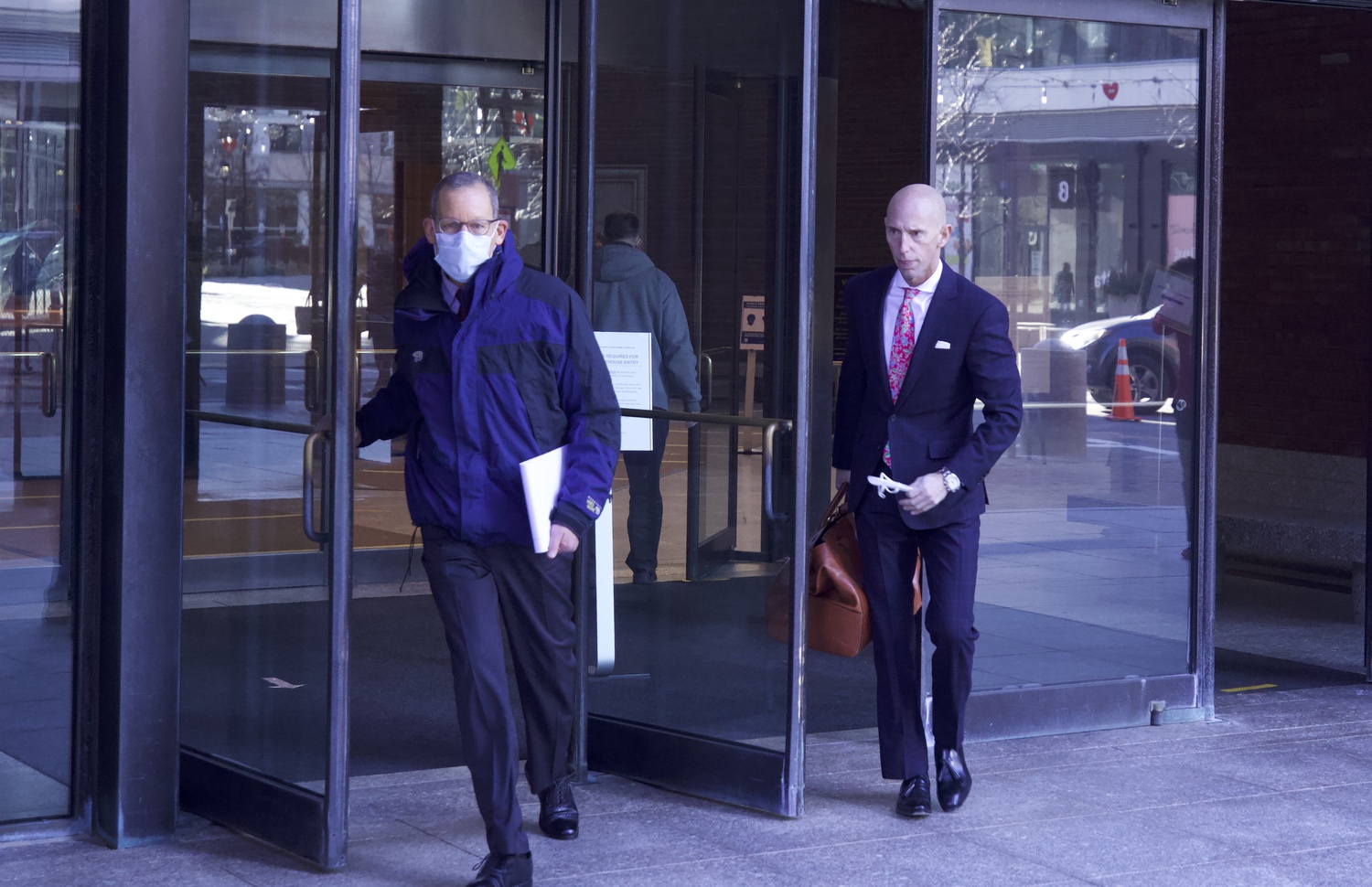 Harvard professor Charles M. Lieber was convicted of lying to federal authorities about his ties to a China-backed recruitment initiative last December. By Brandon L. Kingdollar
By Isabella B. Cho, Crimson Staff Writer

Several high-profile academics — including Harvard professor Charles M. Lieber — were charged under the program. Lieber, the former chair of Harvard’s Chemistry Department, was convicted of lying to federal authorities about his ties to a China-backed recruitment initiative last December.

Lieber is set to be sentenced at a later date — but experts say the DOJ’s move to end the China Initiative is unlikely to impact his fate.

“The underlying laws are the same,” said Derek Adams, a partner at the Potomac Law Group. “It’s not like you can’t bring a legal case based on allegedly false statements in connection with a grant application — you can.”

The China Initiative has long faced criticism for allegedly targeting individuals of Chinese descent and straying from its initial goals.

In a speech at George Mason University’s National Security Institute on Wednesday, Assistant Attorney General for National Security Matthew G. Olsen said the Justice Department is moving away from the program in part because of concerns over racial targeting.

“By grouping cases under the China Initiative rubric, we helped give rise to a harmful perception that the department applies a lower standard to investigate and prosecute criminal conduct related to that country or that we in some way view people with racial, ethnic or familial ties to China differently,” he said.

Adams said Lieber’s case is different from others grouped under the China Initiative. Unlike other academics charged under the program, he said, Lieber was charged with making false statements in interviews with investigators.

“It wasn’t based on a cold record of documents,” he said. “It was really tied to his alleged statements, when he made those statements to the government.”

In January 2020, Lieber told FBI agents that he “wasn’t completely transparent” in a separate interview with federal investigators two years earlier, according to a video clip of the interrogation played by prosecutors during the December 2021 trial.

Lieber was found guilty on two counts of lying to federal investigators and four counts of tax fraud.

Michael German, a former FBI agent who serves as a fellow at the Brennan Center for Justice at New York University Law School, said the case against Lieber represented an example of the China Initiative’s overreach.

“The China Initiative was designed to stop espionage and trade theft by the Chinese government — it had nothing to do with an academic engaging in tax fraud,” he said. “It was an example of how an initiative designed to address one problem in fact was targeting people who had relationships with individuals or entities in China.”

“This has been a long-standing problem, and I think the China Initiative just crystallized the bias that was already apparent in these Chinese espionage investigations,” he said.

Academics and advocates previously called on the Biden administration to wind down the initiative, warning of a chilling effect on academic collaboration abroad. In a Jan. 5 letter to President Joe Biden, more than 50 organizations — including the Brennan Center, Asian Americans Advancing Justice, and APA Justice Task Force — urged Biden to end the program.

“We respectfully request that your administration end the Justice Department’s ‘China Initiative,’ and take further steps necessary to combat the pervasive racial bias and targeting of Asian American and Asian immigrant scientists, researchers, and students,” the letter said.

Robert A. Fisher — a defense attorney for MIT professor Gang Chen, who was charged under the China Initiative in 2021 before his case was dropped by prosecutors last January — said the DOJ’s move to nix the program came as no surprise.

“It seems like they’re really just getting back to the roots of the program which were anti-espionage, trade secret theft, economic espionage — going after legitimate spies in the U.S., which is what they should have been doing all along — and away from what it morphed into, which were the grant fraud cases,” he said.

However, the program’s closure is unlikely to affect Lieber’s conviction, Fisher said.

“They knew the Lieber case was going to trial in December — it was under this administration,” he said. “I think the review was clearly going on then. I’m sure the Lieber case was received, and the decision was made that his case would have been done regardless.”

On Feb. 7, attorneys for Lieber filed a motion for an acquittal or a new trial, over a month after his initial conviction.

Lieber’s attorney, Marc L. Mukasey, did not respond to a request for comment.

The U.S. Attorney’s Office of Massachusetts declined to comment on Lieber’s case.