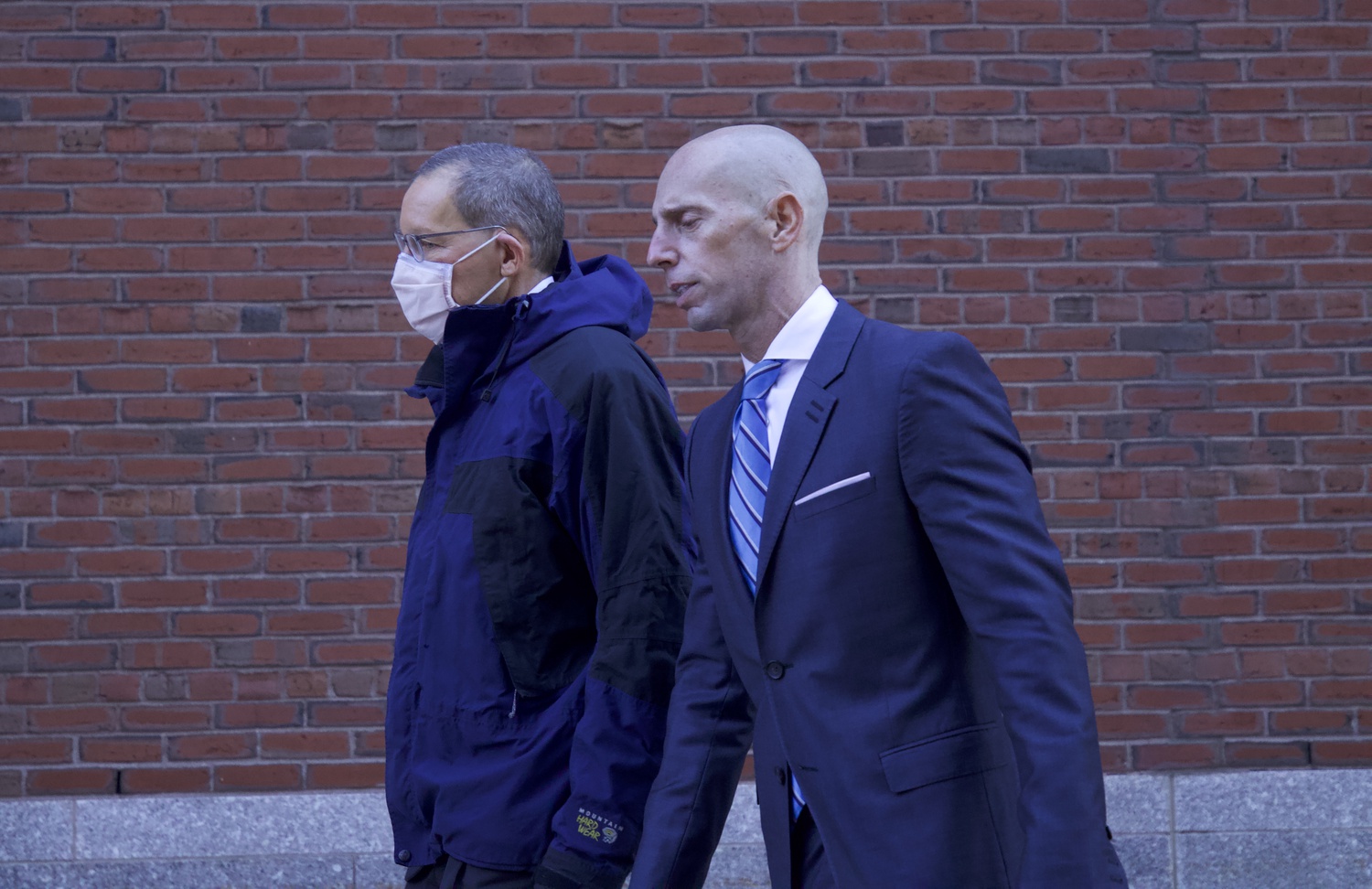 Harvard professor Charles M. Lieber--pictured here in December 2021--has requested a retrial after being found guilty of lying about his ties to a Chinese recruitment program. By Mayesha R. Soshi
By Isabella B. Cho and Brandon L. Kingdollar, Crimson Staff Writers

Attorneys for Harvard professor Charles M. Lieber filed a motion Monday for an acquittal or new trial, over a month after he was convicted in federal court on six felony counts.

Lieber was found guilty in a December trial of two counts of lying to federal officials about his involvement with the China-sponsored Thousand Talents Program. The renowned nanoscientist was also convicted of four tax-related offenses.

Calling their client’s conviction a “manifest injustice,” Lieber’s lawyers wrote in a memorandum that Lieber’s statements to investigators were “warped by the government.” They also reiterated a previous call to suppress statements the chemist made in a post-arrest FBI interview.

The government has until March 7 to register opposition to the defense’s request.

The Lieber trial resulted in the highest-profile conviction to date by the Department of Justice’s China Initiative, a controversial program launched under the Trump administration targeting those suspected of “trade secret theft” and “economic espionage.” The initiative has faced criticism for alleged prosecutorial misconduct and a disproportionate focus on individuals of Chinese heritage.

Prosecutors dropped a similarly high-profile case under the China Initiative against Massachusetts Institute of Technology professor Gang Chen on Jan. 20, less than a month after Lieber’s conviction. Chen faced some of the same felony charges as Lieber.

Lieber’s attorneys identified the charges against Chen as one example of “a string of hollow prosecutions” brought forward under the China Initiative, a program they criticized as “flawed.”

Robert A. Fisher, the lead defense attorney for Chen, said that though both Lieber and Chen were indicted for allegedly lying about ties to the Chinese government, the two professors’ cases have important differences.

“The cases really weren’t that similar other than they both received government grants,” Fisher said. “In Lieber’s case, there was evidence of money that wasn’t declared. We didn’t have anything similar to that."

Derek Adams, a partner with the Potomac Law Group, said he believed it was unlikely that the dismissal of charges against Chen would affect the outcome of a new trial for Lieber.

“I think what was damning in this case was the specific videotaped evidence that came in on Lieber,” Adams said of Lieber’s interview with the FBI. “The fact that Gang Chen’s case was dismissed — I don’t think that’s gonna move the needle on how a jury is going to view this specific case.”

In the 2020 FBI interview, parts of which jurors saw on the fourth day of the trial, Lieber admitted to the agents conducting the interrogation that he did not declare payments he received in $100 bills during trips to Wuhan. He also told the agents he “wasn’t completely transparent by any stretch of the imagination” when speaking to Department of Defense investigators two years earlier in 2018.

Within their memorandum, Lieber’s lawyers reiterated their previous argument that the FBI agent who interviewed Lieber failed to properly inform him of his Miranda rights. His defense team called for a new trial in which the video of the interview would be excluded from evidence.

Prior to the December trial, Judge Rya W. Zobel ’53, who presided over the case, denied the defense’s motion to suppress the interview.

“There’s definitely an argument for excluding it based on his asking for an attorney early on,” Adams said. “That seems to me like you’ve got a strong ground for appeal if you can convince an appellate court that that should have stayed out of evidence.”

Following his conviction, many of Lieber’s colleagues said they were "shocked" and "saddened" by the verdict and raised concerns about broader consequences for academic freedom. In a March 2021 letter, 41 professors, including some of Lieber’s Harvard colleagues, objected to the charges brought against him.

University spokesperson Jason A. Newton, Lieber attorney Marc L. Mukasey, and a spokesperson for the U.S. Attorney’s Office of Massachusetts all declined to comment on Lieber’s motion.