It’s 8:30 a.m. on the Thursday before spring break. Students clad in Harvard House gear are making their way from the John Harvard statue to dorms, where they will bang on the doors of eager freshmen.
By Audrey M. Apollon and Christine Mui 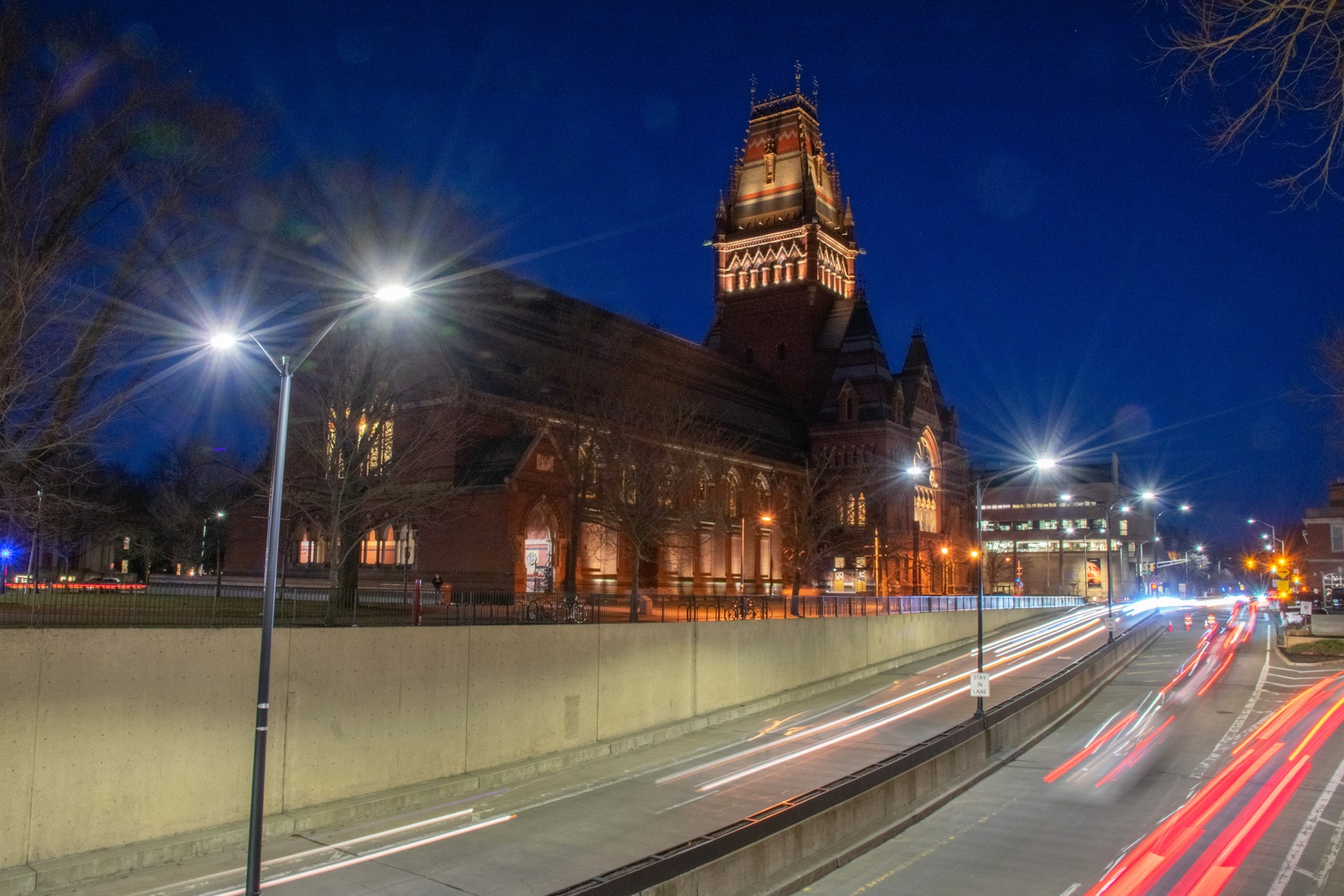 After freshmen recieve their upperclassmen housing assignment, they will eat in Annenberg Hall alongside members of the house they get placed into. By Julian J. Giordano

It’s the Thursday before spring break. Upperclassmen students clad in Harvard House gear are set to make their way from the John Harvard statue to freshman dorms, where they will greet eager freshmen.

Exactly two years after Harvard sent undergraduates home due to the Covid-19 outbreak, students will pour into Harvard Yard for the College’s first in-person Housing Day since the onset of the pandemic.

Housing Day is an annual tradition during which freshmen get assigned to one of Harvard’s 12 upperclassman Houses or the Dudley Co-Op. The College first postponed Housing Day in 2020 before moving it online after shuttering its campus. In 2021, freshmen again received their housing assignments over Zoom.

This year, the DSO has modified the festivities to comply with Covid-19 guidelines. Here’s an explanation of the new take on a storied tradition.

What Happens Before Housing Day?

Every year, freshmen choose up to seven peers to live with in their future House through a process called blocking. The Dean of Students Office conducts a random lottery to determine where the blocks will end up.

In the lead-up to Housing Day, the houses and Dudley release music videos featuring their residents and highlighting their amenities.

On the eve of Housing Day, some freshmen engage in a tradition not sanctioned by the College — River Run. In a doomed attempt to avoid being assigned to a House in the remote Radcliffe Quadrangle, freshmen take shots of alcohol at each of Harvard’s nine river houses, often fettered by security guards.

The First Year Experience Office also organized a night of activities in Annenberg, including trivia, a Build-a-Bear activity, and mocktail mixing. 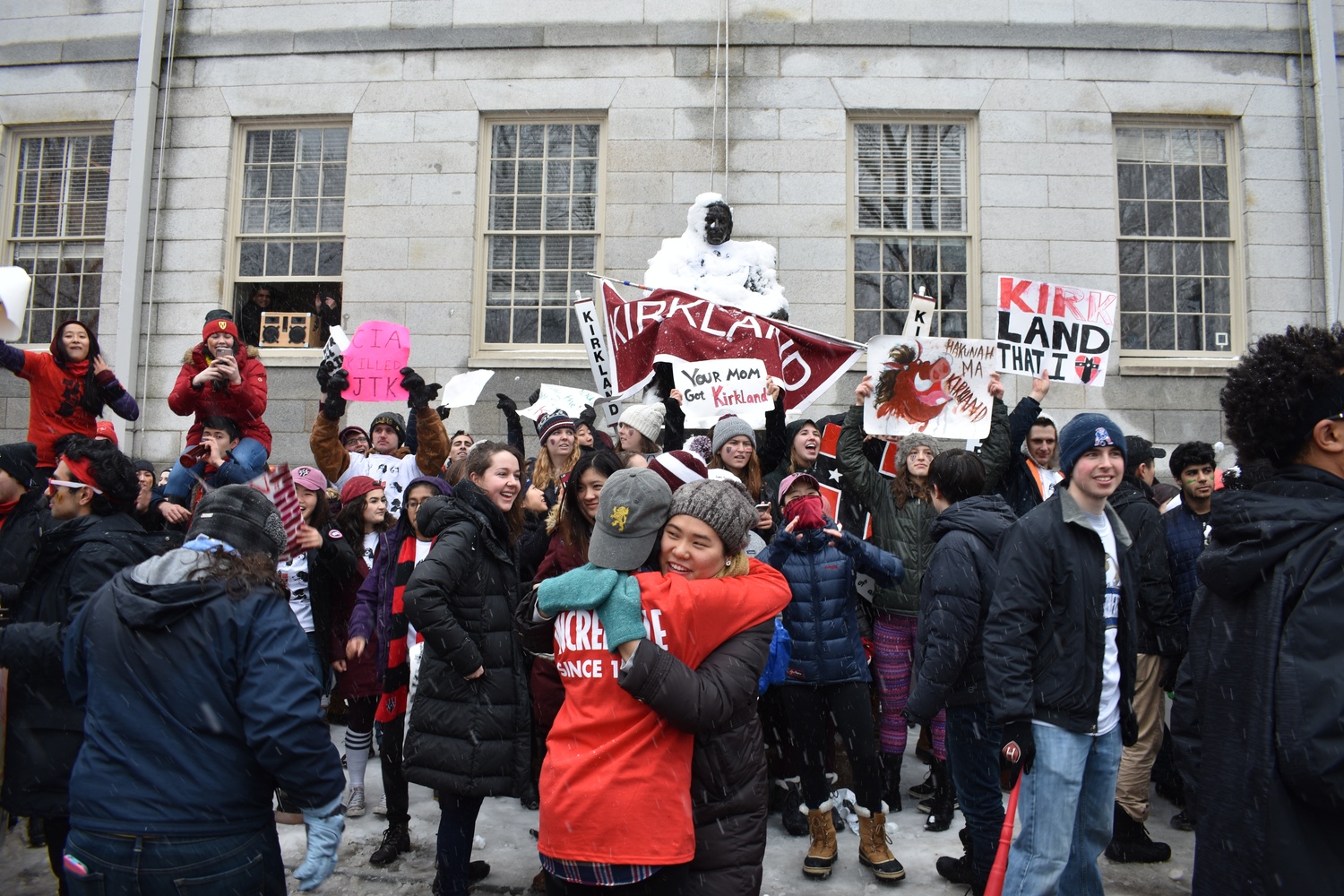 Upperclassmen students gathered in front of the John Harvard statue at Housing Day in 2018. By Amanda M. DiMartini

The DSO announced earlier this month that upperclassmen will be able to engage in modified “dorm-storming” to notify freshmen of their housing assignments.

The celebration will commence at 8 a.m. when upperclassmen representing each of the 12 Houses and the Dudley Co-Op swarm the John Harvard statue. A half-hour later, small groups of upperclassmen wearing masks will “storm” the hallways of freshman dorms, instead of entering rooms, for a maximum of five minutes.

Freshmen were granted the option of not having upperclassmen “storm” their dorm, per the DSO’s announcement. Dorm-storming is expected to conclude by 9 a.m., and any freshmen who opted out will receive an email with their House assignment by noon. 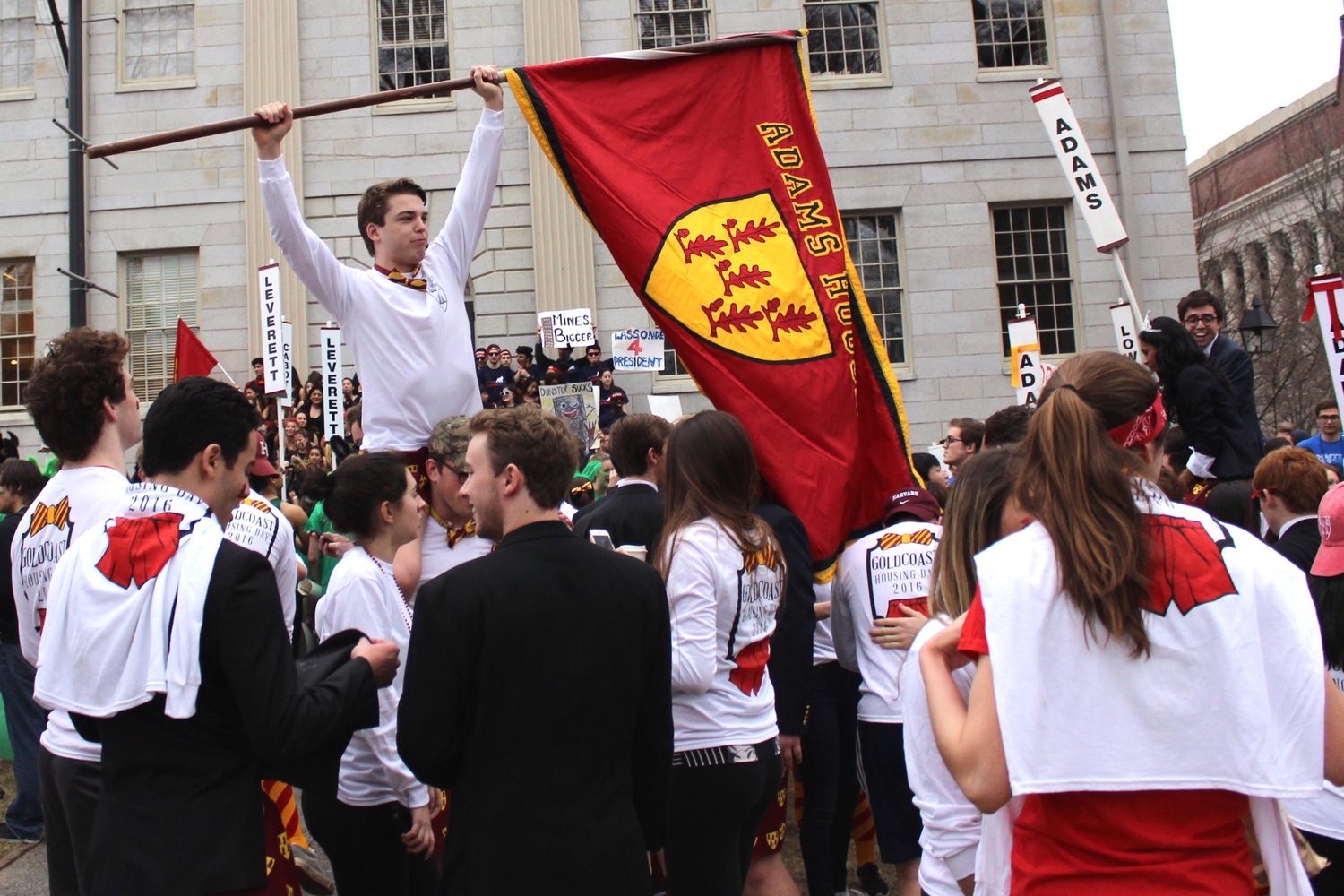 Adamsians flaunted their colors and traded insults with those from other houses at Housing Day 2016. By Thomas W. Franck

Following the festivities, the path to Annenberg Hall will be lined with decorated tables, where upperclassmen from all the Houses will hand out merchandise to freshmen on their way to lunch. Upperclassmen are allowed to eat lunch inside Annenberg on Thursday as well.

What are the Houses Doing?

During the evening, several Houses will host in-person events to welcome the freshmen, including special dinners and steins, House-wide gatherings with food, music, and drinks.

Instead, Dunster will host a dinner, ice cream bash with Faculty Deans, and a scavenger hunt. Arroyo said the Dunster-themed scavenger hunt is meant to function as a tour to get freshmen acquainted with the House layout and amenities.

Quincy’s HoCo chair, Odessa X. Deng ’22, said the house plans to host a dinner for freshmen to meet the Faculty Deans, tutors, and others in the House, complete with games and a DJ set from Faculty Dean Eric Beerbohm. Quincy will also invite freshmen to attend their first FESTA, the house’s version of stein.

Eliot House will invite freshmen to an enhanced dinner Thursday evening, per a House email.

Nina Chung ’23, HoCo chair for Currier House, said the House will invite freshmen to a dinner followed by an introduction to the Faculty Deans, House tours, and a stein with s’mores.

Chung also said that Currier’s mascot, Woody the Tree, will also attend the festivities outside Annenberg and maybe “engage in some fights” with some of the other House mascots.