The event was a return to tradition for Harvard students new and old alike. While Yardfest was held virtually in 2021, featuring artists Aminé and Trevor Daniel, it failed to match the excitement of its in-person counterpart.

“It just doesn’t feel the same,” said Isha Agarwal ’24, the director of the College Events Board’s Arts and Entertainment Committee, about virtual concerts.

This year, the committee sought to bring high energy back to Yardfest for its grand return. “We were looking for a good performer, someone who is super high energy, and has a lot of exciting and upbeat songs that can really get the crowd going,” said Agarwal. Finding such an artist proved to be a difficult task for the committee. The selected artists had to appeal to a wide audience while remaining in-budget and musically distinct across the event. 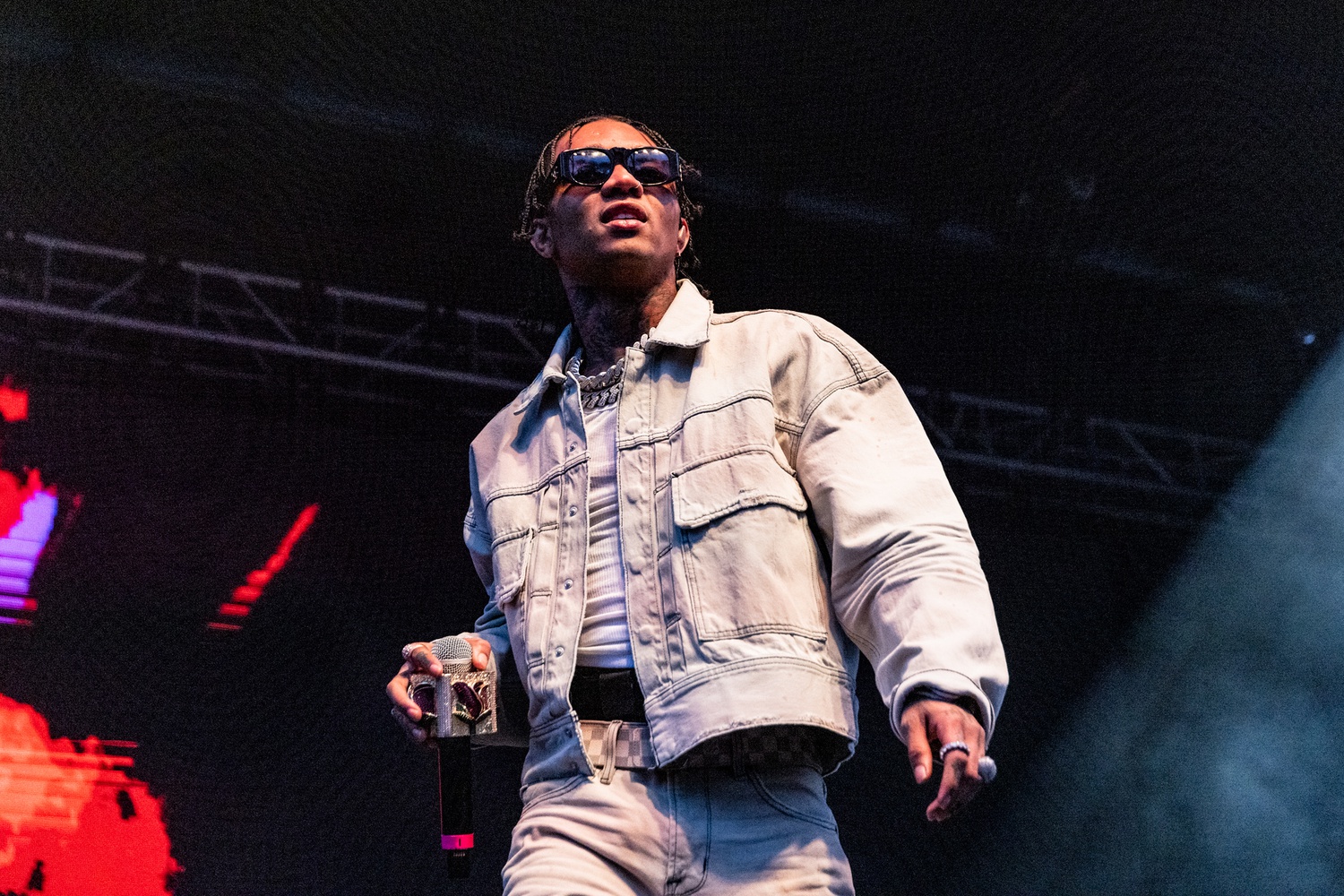 For the headliner, Swae Lee fit the bill. Bringing his unique blend of hip hop, trap, and pop melodies, he was sure to offer something for every audience member despite their different tastes in music. The artist is most well known for his work as one half of the hip hop duo Rae Sremmurd, a project in collaboration with his brother Slim Jxmmi. For Yardfest, Swae Lee performed both Rae Sremmurd hits like “Come Get Her” and “Black Beatles,” as well as solo collaborations like 2018 crowd favorite “Sunflower” with Post Malone.

“It was a very intimate concert experience, which I’ve never had before,” said Raina Cohen ’24 about Lee’s Yardfest performance at Tercentenary Theater.

Throughout the performance Swae Lee leaned into the Harvard experience, coining himself “Professor Swae.” Fittingly, he reminded students in the audience to stay in school and continue working hard. He even lectured the audience on his hopes for a brighter future with Harvard students as the next generation of leaders. 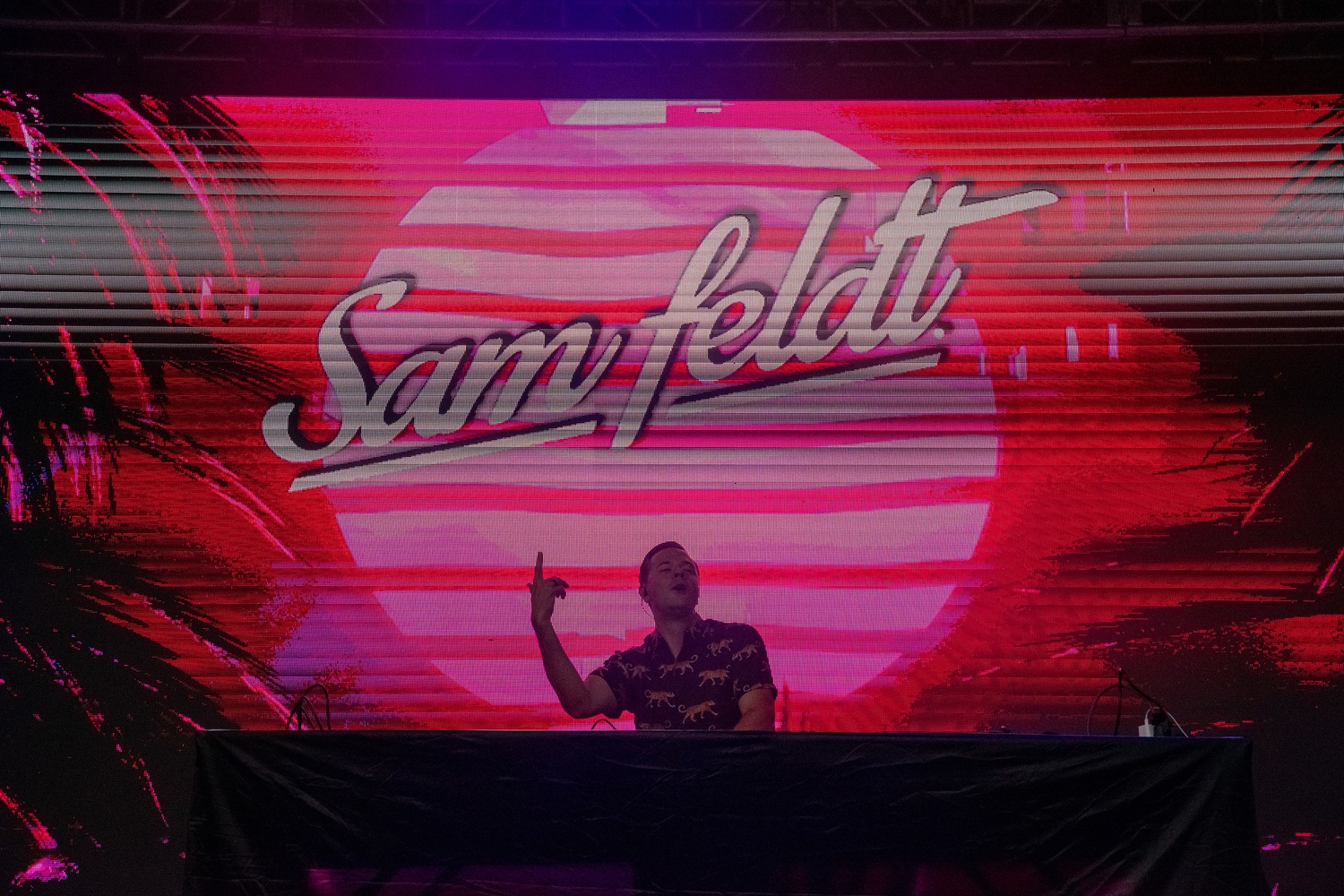 Dutch DJ Sam Feldt acted as the celebrity opener, performing a high-energy EDM set to warm up the audience. Feldt stuck to a collection of crowd-pleasers, remixing hit songs like Dua Lipa’s “Don’t Start Now,'' David Guetta’s “Titanium” featuring Sia, and “Something Just Like This” by Coldplay and The Chainsmokers. He also mixed in some of his own tracks, including 2020’s “Hold Me Close” featuring Ella Henderson, and his most recent release, “Follow Me” featuring Rita Ora.

In addition to the celebrity acts, Harvard’s own talent was on display throughout the day. Student bands Charles Revival and Yard Bops both played sets to open up the event after winning the opportunity through the College Events Board’s Battle for Yardfest competition that took place earlier this semester. “We’re really grateful for everyone coming out and supporting,” said Alexander K. Park ’23, a member of Yard Bops. 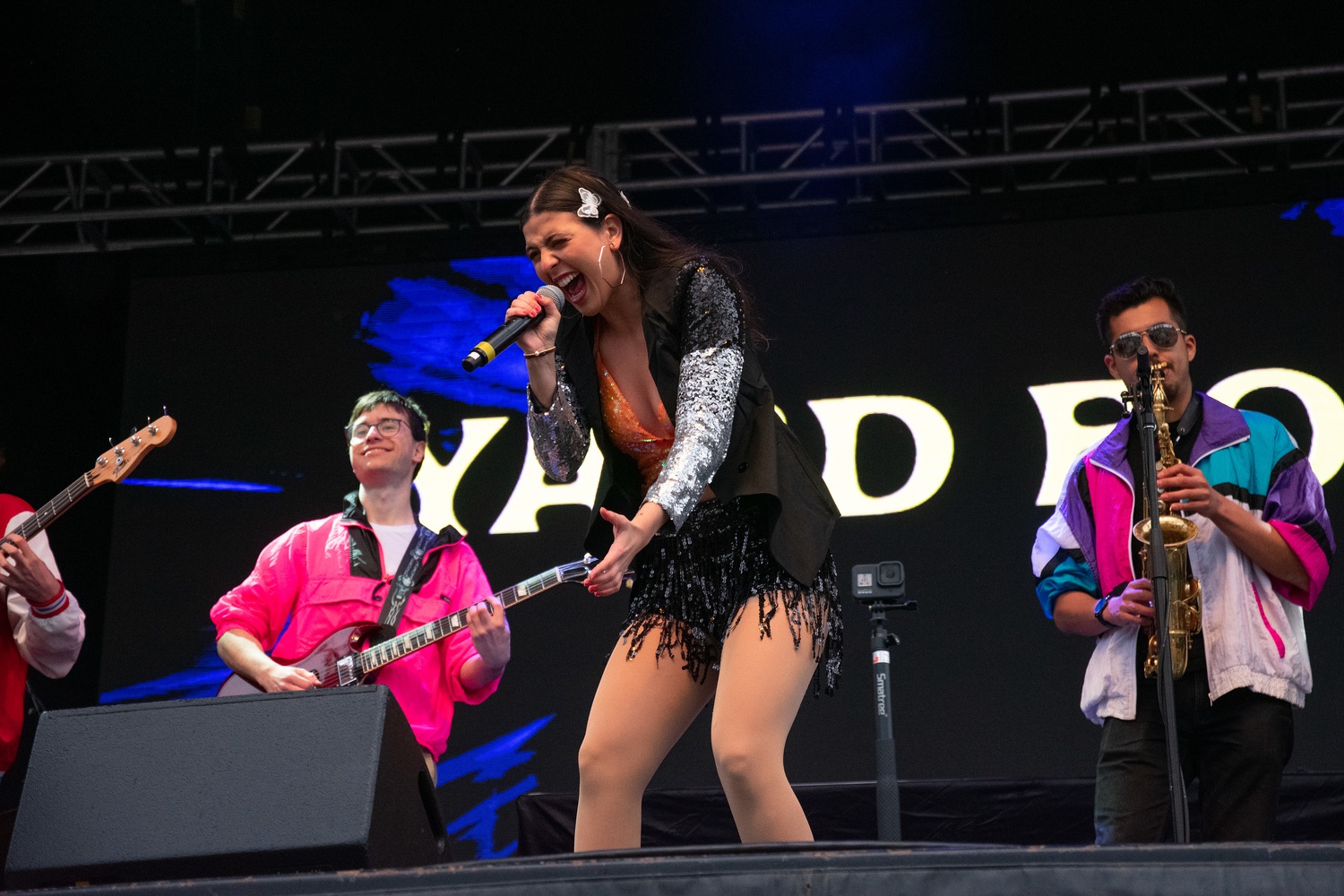 Student band Yard Bops played to open up the event after winning Battle for Yardfest earlier this semester. By Julian J. Giordano

“It was really special for us because we had aspirations to open my freshman year,” said Park, citing how the pandemic had interrupted their first opportunity. “It felt like a really great way to see a culmination of a couple years' work come together.”

Yard Bops covered many bops in their set, adding their signature funk spin to a collection of pop classics. Highlights included covers of Silk Sonic’s “Skate,” a Lady Gaga mashup featuring “Bad Romance,” “Telephone,” and “The Edge of Glory,” and Earth Wind and Fire’s “September” — all of which were newly arranged by members of the group.

While student reactions to the music selections at Yardfest were generally positive, the same cannot be said for the concert-going experience. Several audience members noted the lack of mosh-pit etiquette among Harvard students in the crowd, citing an excess of pushing and shoving throughout the event.

“I thought the crowd was less enjoying music, more trying to shove each other,”said first-time Yardfest attendee Steven Cho ’24. It was an environment that “caused more people to worry about not falling or being injured,” Cho added.

There were multiple times when audience members fell to the ground, unable to get up without the help of others. Thankfully, Swae Lee seemed to be aware of the audience’s rowdiness. The artist paused on several occasions, asking the crowd to take a few steps back to prevent any audience members from being crushed by the masses.

Not only did it achieve the high-energy atmosphere organizers set out to accomplish, but this year’s Yardfest also marks a return to form for Harvard traditions more broadly. It brought together the Harvard community in a way that only live music can, reminding students to take a break from work and simply have fun.