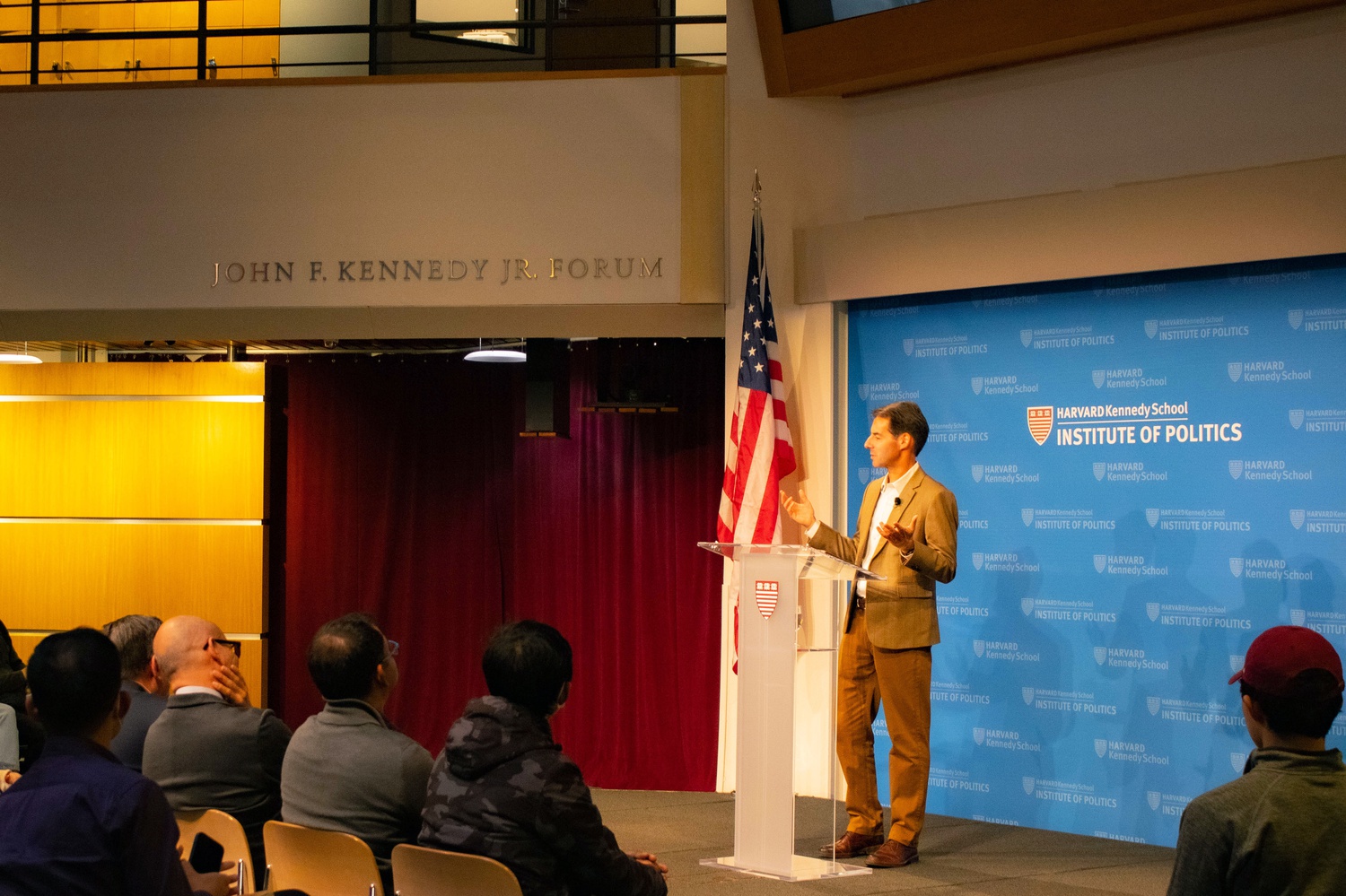 Author and journalist Peter B. Hessler spoke about his experiences as a Peace Corps volunteer in China while delivering the 2022 S.T. Lee Lecture at the Harvard Institute of Politics on Wednesday evening.

The lecture, named for Singaporean businessman and philanthropist Lee Seng Tee, was introduced by Kennedy School professor Fredrik Logeval, who described its focus as exploring how “geopolitical developments might shape global approaches to policymaking.”

Hessler, a staff writer at the New Yorker who has authored several bestselling books on China, first traveled to the country with the Peace Corps in 1996. He taught English in Fuling, China, for his two years in the Corps before joining the New Yorker, eventually leaving China in 2007.

Hessler returned to China in 2019 to teach nonfiction writing at Sichuan University.

Throughout the event, he spoke about the changes between his two stints in the country — many of which he said were manifested by his students, reflecting China’s rapid urbanization and the effects of the one-child policy.

“Even from the very beginning, the difference was so striking,” he said. “In the old days, almost all of my students came from the countryside. For example, I taught my nonfiction class, not one of them was from a rural background.”

Similarly, only one of Hessler’s students during his time in the Peace Corps was from a one-child family, he said, but “there was only one kid with siblings” when he surveyed a class of freshmen in 2019.

Hessler also described the upward mobility that has allowed for the growth of a new middle class in the country over the last two decades. Graduates could expect to make about $500 a year back then, he said. In years since, that has dramatically changed.

Still, when Hessler asked his former students in 2014 to define their social class, many “defined themselves with terms like proletariat, low-class, down-class, poverty class, poor,” he said.

Hessler attributed the responses to the long-term impact of poverty.

“I think that the experience of being poor stays with people,” he said. “They don’t feel necessarily as prosperous as we might expect.”

Hessler said the United States’ current diplomatic relationship with China is “pretty terrible” but said he was glad to see Chinese students still coming to the U.S.

“We should be more confident about being open with exchanges,” he said. “I don’t think we have anything to lose.”