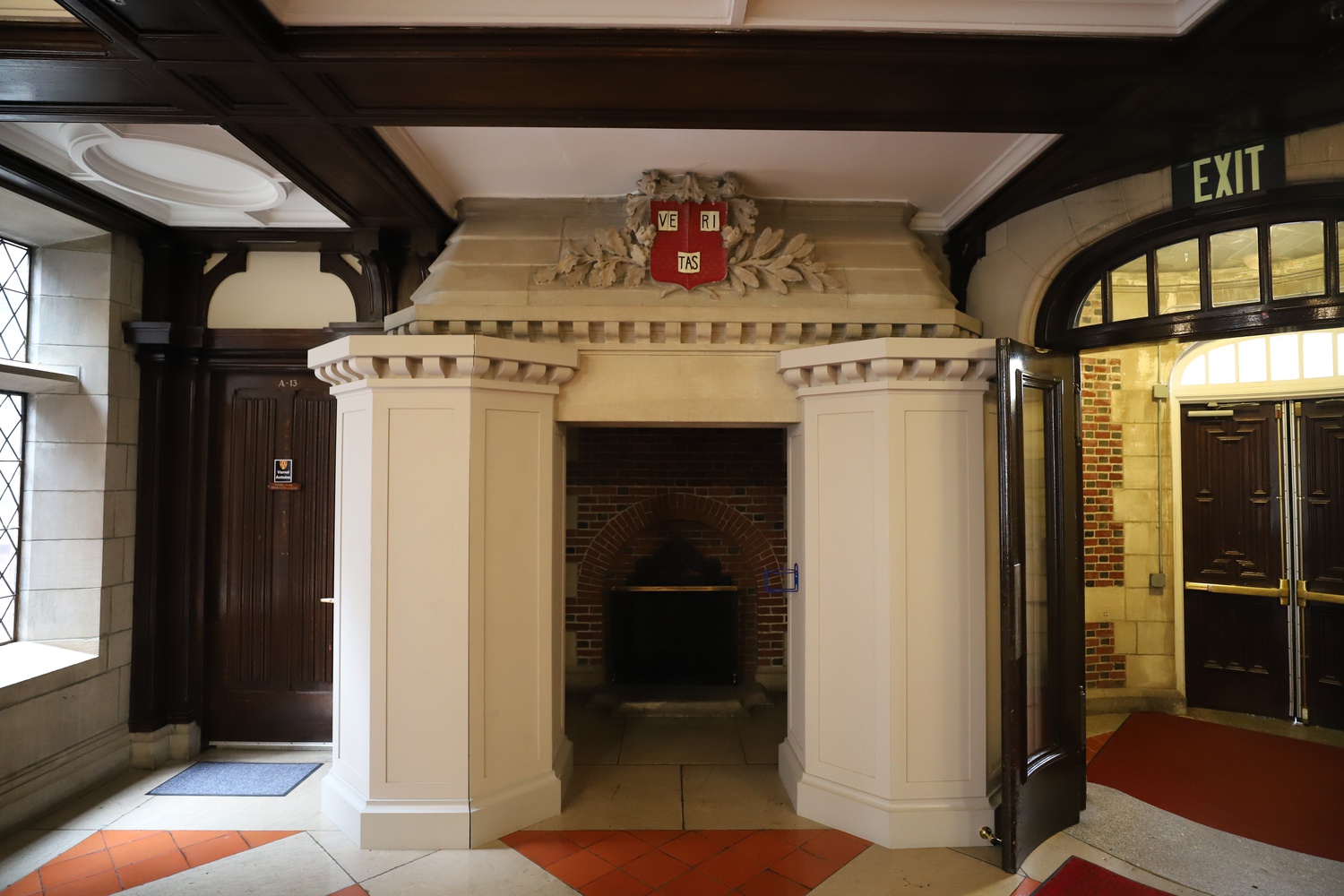 A fireplace located in Adams House's Westmorly Court will be removed during renovations next year. By Simon J. Levien
By Christine Mui and Leah J. Teichholtz, Crimson Staff Writers

A fireplace in Adams House bearing racist caricatures that are currently boarded up will be removed during renovations next year, the house’s faculty deans announced earlier this month.

On April 7, a Crimson investigation showed that the original pillars bearing the controversial sculptures have been covered since spring 2019, when the former Adams faculty deans decided to board them up — without formal public acknowledgement or discussion — after student complaints.

Three of the six sculptured figures are purportedly African, Indigenous, and Asian figures depicted in sport or war.

In an April 15 email to residents, Adams House Faculty Deans Mercedes C. “Mercy” Becerra ’91 and Salmaan A. Keshavjee and Resident Dean Charles “Chip” Lockwood announced a “space for reflection” event which invited students to discuss the article. They said the statues — located in Westmorly Court’s A entryway — will stay covered until 2023 renovations.

Five days earlier, on April 10, a loose panel was removed from the fireplace’s octagonal encasing, exposing a few of the sculptures. Several paper signs were taped to the panels, all reading “What’s under there?” 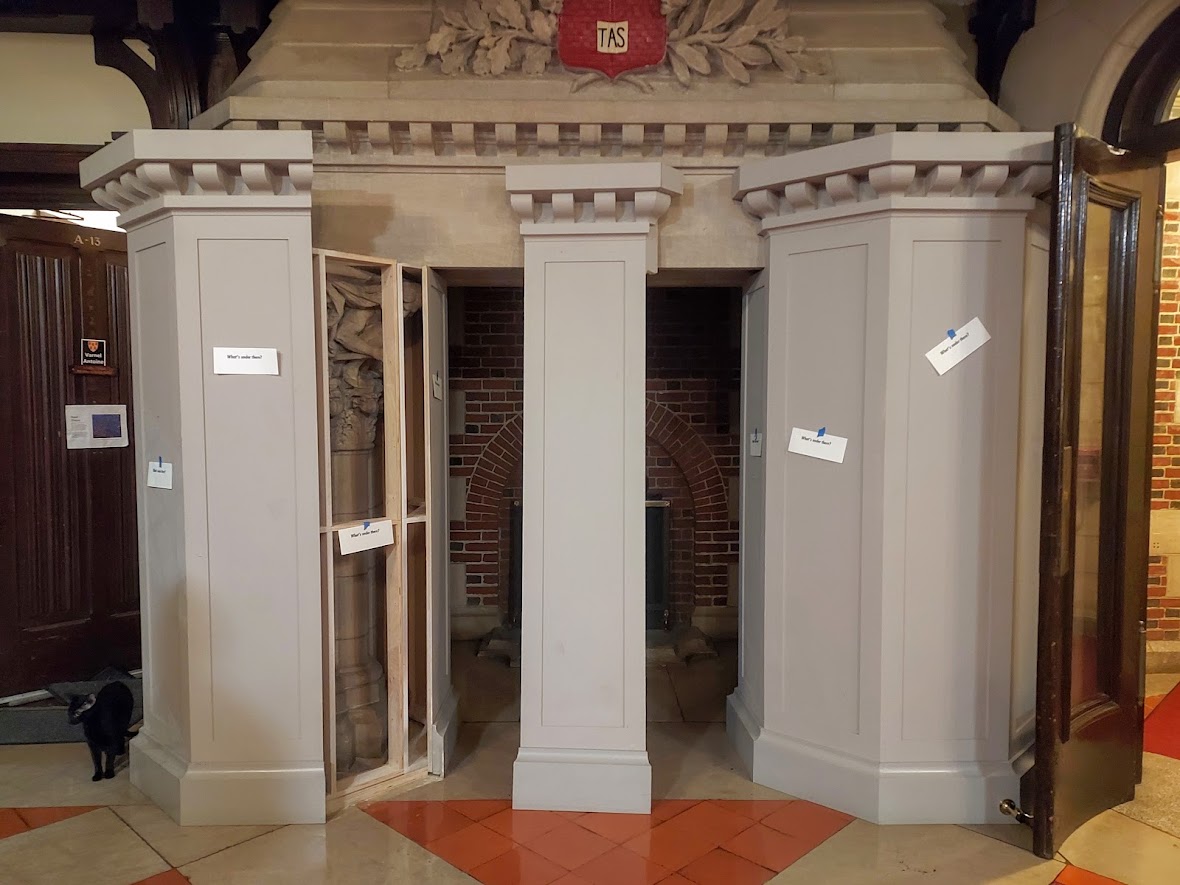 By the evening of April 10, a loose panel on the Adams House fireplace encasing that covered racist sculptures was removed, and signs reading "What's under there?" were pasted over the panels. By Simon J. Levien

By the next morning, the signs were gone and the removed panel was replaced and screwed down.

In their email, the deans said the carvings will remain encased until Westmorly Court is renovated in spring 2023.

The deans acknowledged the sculpture’s racist nature, writing that they are “completely antithetical” to the values of the house.

“We understand that it is shocking and painful to learn that these images were carved into the structure of one of our beloved spaces,” they wrote. “We are especially mindful of how this impacts students, tutors, and staff in the Adams community.”

In the email, the deans wrote that the racist caricatures were carved when Westmorly was built in 1898, but they wrote that the building was not purchased by Harvard until 1920 and did not become part of Adams House until 1930. According to the Adams House website, the entryway that contained the fireplace was completed in 1902.

The deans wrote that the encasings went up as a “temporary response before a long-term solution could be developed.”

When asked about the caricatures in an interview this month, Dean of the College Rakesh Khurana said house renewal decisions will be informed by recommendations from a Faculty of Arts and Sciences task force report on visual culture and signage.

“As we go forward with house renewal or renewal of other spaces, that will serve as our guidance,” Khurana said.

In their email, the deans wrote that students will have an opportunity to offer input to the renovation architects next semester.

They added that the house renewal process offers a chance to build an “even stronger House community together.”

“Adams House is ours to make, and re-make, and we are committed to creating intentionally inclusive spaces that reflect our core mission and the richness of our community,” they wrote.