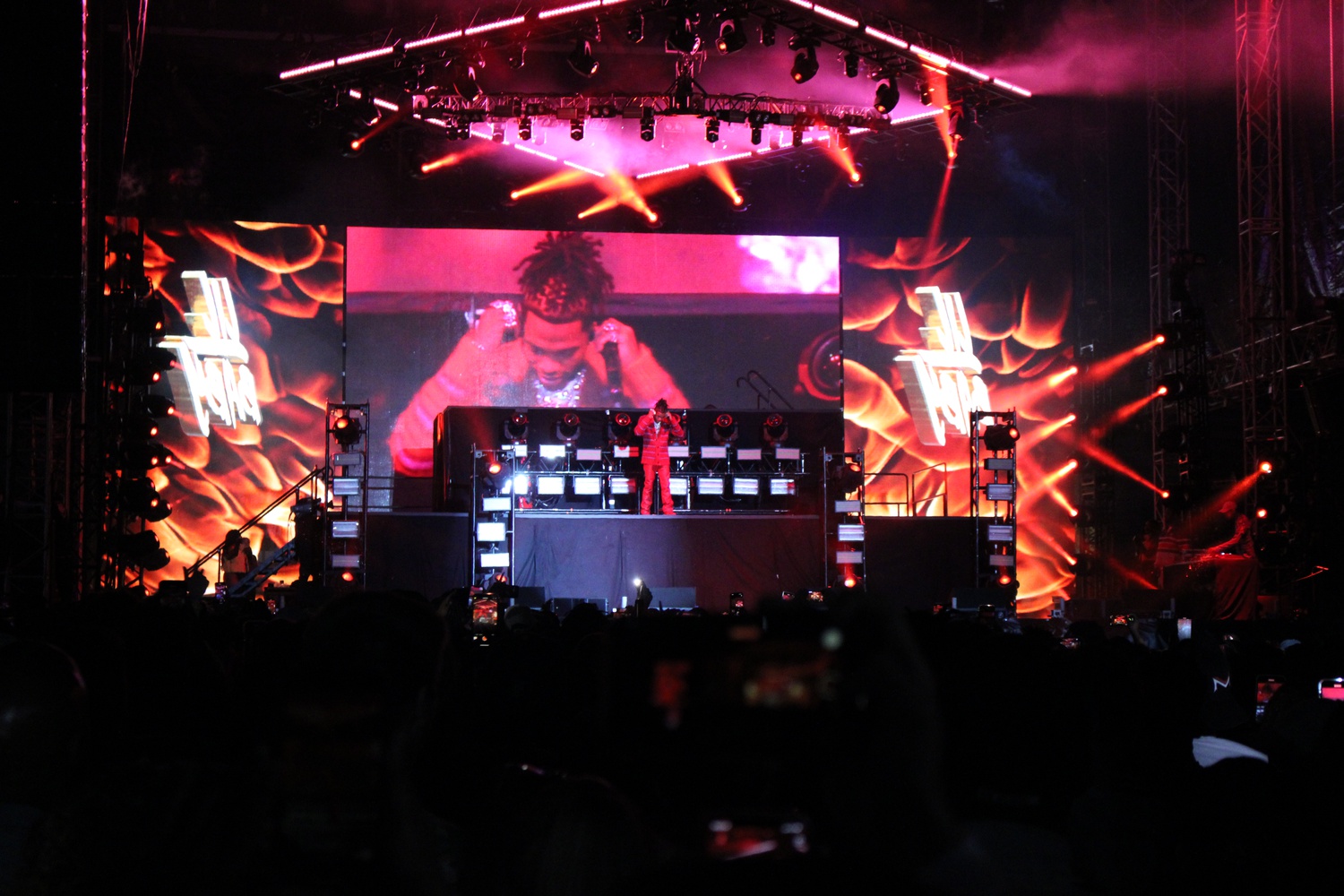 27-year-old Atlanta native rapper Lil Baby had “Sum 2 Prove” as headliner for the first day of Dreamville festival. Not only is Baby a non-native to the festival’s location in North Carolina, but he is also not signed under the label Dreamville, unlike a majority of the main artists on the lineup. Despite all of this, Baby owned the Shine stage like it was his own. Working hard to not miss one verse, he effectively delivered the best performance of the night.

Being 20 minutes late is almost a given for any headliner at any major festival — something about the anticipation escalating with a promise for a great performance. In Lil Baby’s case, it did just that: A roar from 50,000 people or so erupted the moment he entered the stage, before he could even start rapping. The guitar chords of J. Cole’s “pride is the devil” playing before Lil Baby walked on stage sounded like a promise fulfilled indeed, since Baby is a feature on the track. Sure enough, Baby’s lyrics “Break it down, weigh it up, and bag it up,” played right after the rapper appeared on stage, his entrance as quick as his flow on the track. 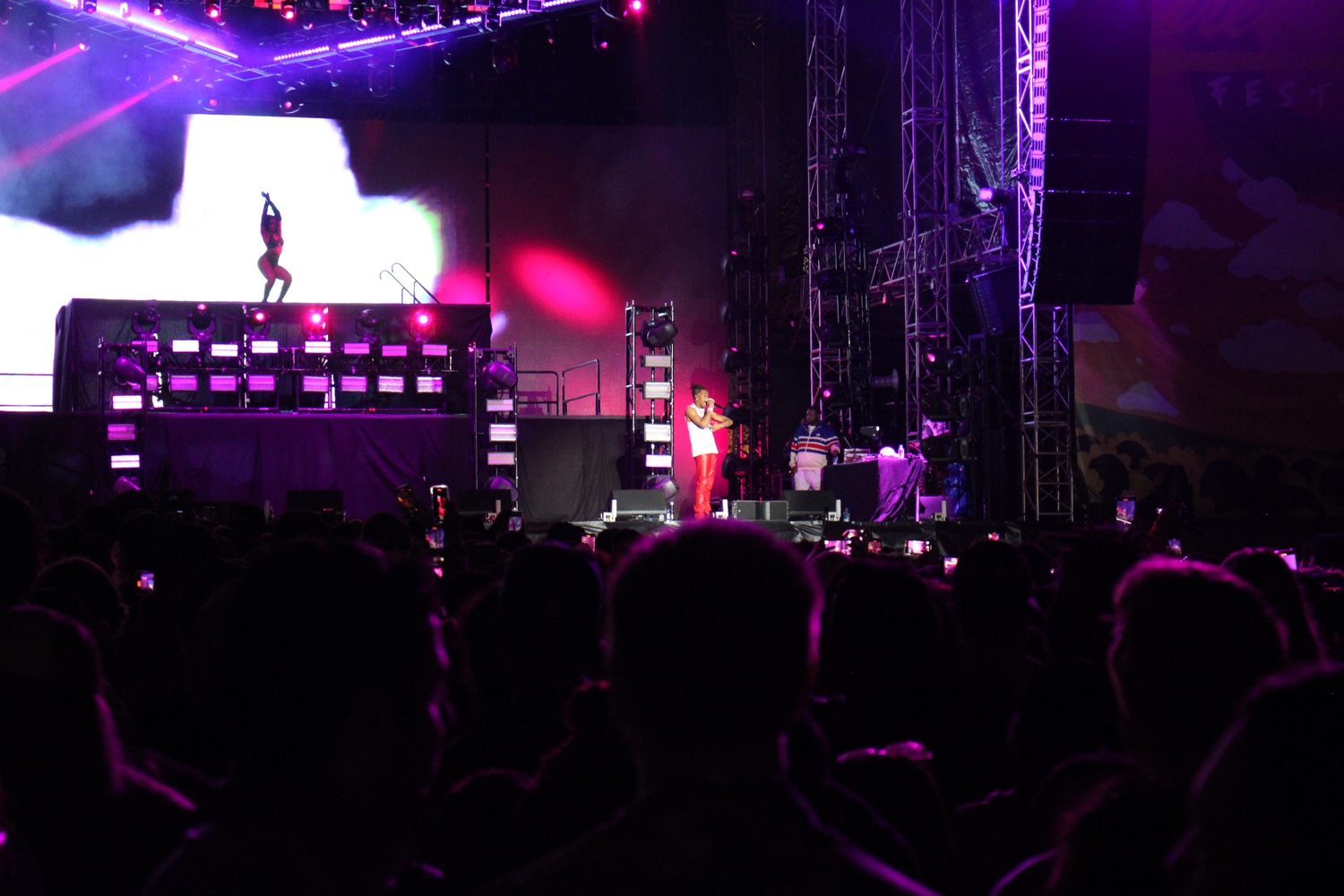 Lil Baby and his background dancers performing at Dreamville. By Courtesy of Alisa Regassa

Baby didn’t miss a beat during the song, or at any point in the show, for that matter.

Donning a red suit and a tour t-shirt, Baby didn’t break a sweat during the high energy performances of “Sum 2 Prove,” “Drip Too Hard,” or “Woah.” He strutted side to side with an entourage of back up dancers that formed silhouettes around him, casting long shadows on the LED display as they backed it up to the beat. They weren’t the only ones twerking — the crowd came alive with dancing and mosh pits to the heavy trap beats and high heats accentuated by the booming speakers. The heavy 808s could be felt thrumming up from the ground and surrounding all around the stadium on tracks like “All In.”

Since Baby was so busy delivering line after line flawlessly, his stage relied on its visual display more than others before him. Images of his self-founded record label 4pF (during “Yes Indeed) and barking dogs (during “My Dawg”) flashed in inverted spectrums of colors. The intense lights that washed over the crowd created a trippy strobe-like effect. The crowd grew even more enthusiastic to this audiovisual exposure, chanting along to lyrics like “Wah-wah-wah, bitch I’m the baby” on cue with the pulsating fire effects. 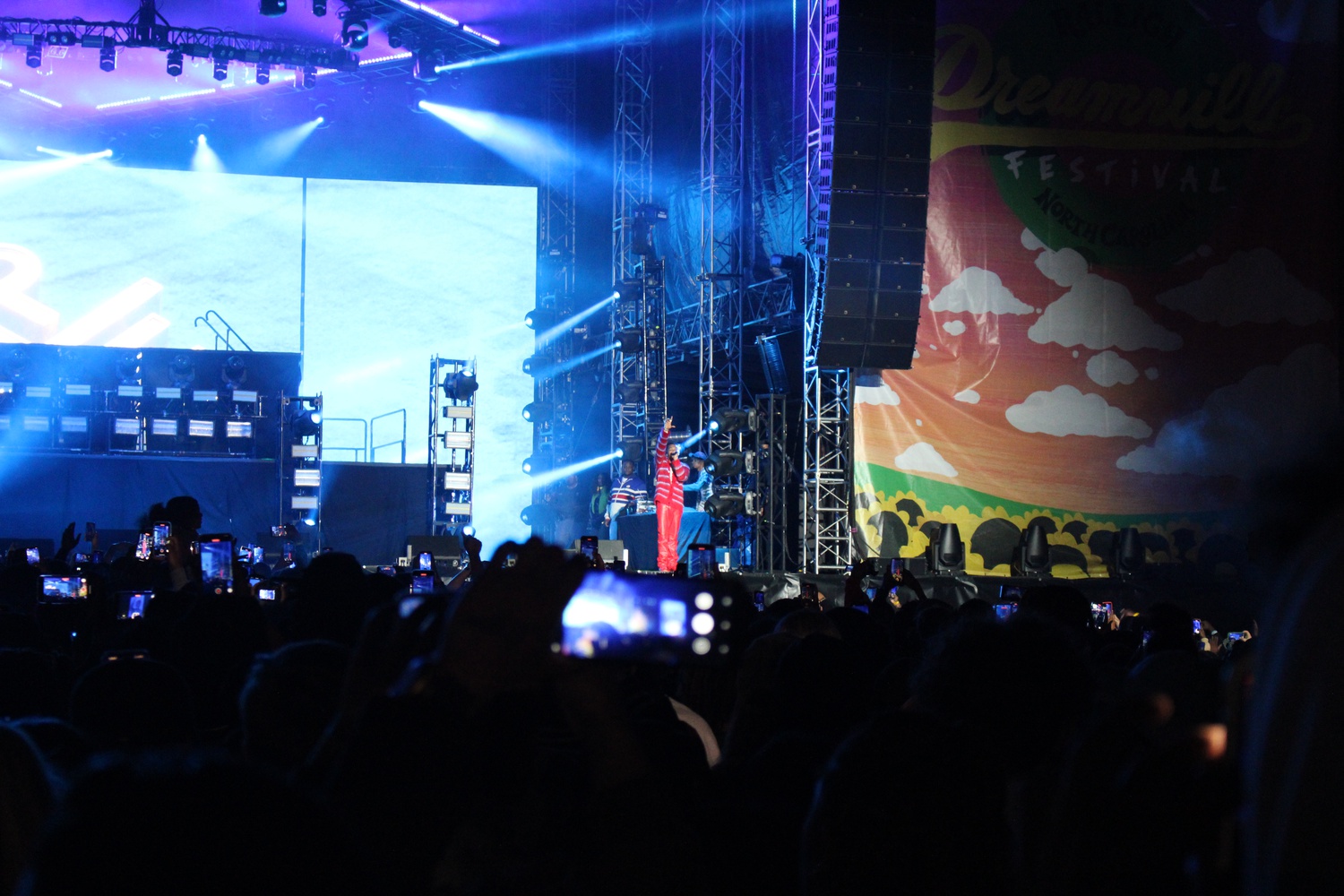 Lil Baby raps for his fans at Dreamville. By Courtesy of Alisa Regassa

Part of what made the concert so special was the deep connection the fans had with Baby. The entire stadium could be heard chanting in a powerful unison, coming together over their love for the rapper’s music. On “Close Friends,” for example, they quieted down to sing along with an emotional reverence, since the song encapsulates the pain of heartbreak. Baby returned the favor, working hard to repay their love through his tireless rapping through the busy setlist. He switched from the bars of “On Me,” to the chorus of “Get Money,” to the verses on “Every Chance I Get,” without more than a few seconds pause between each. It was hard to believe in the lyrics “I’m a human, I’m not perfect” in moments like this — when the only indication of his strain was Baby taking off his jacket as the concert heated up.

As if unsatisfied with his performance up to that point, Baby promised that he would turn the crowd all the way up before launching into the last two songs of the set: “Girls Want Girls” and “Freestyle.”

Lil Baby ended the show with a smile of gratitude, but the happy fans who walked out of Dreamville festival that night were sure they were the lucky ones to have witnessed such a dedicated performer in his element.