‘The More You Know’ Preview: A Uniquely Harvard Musical 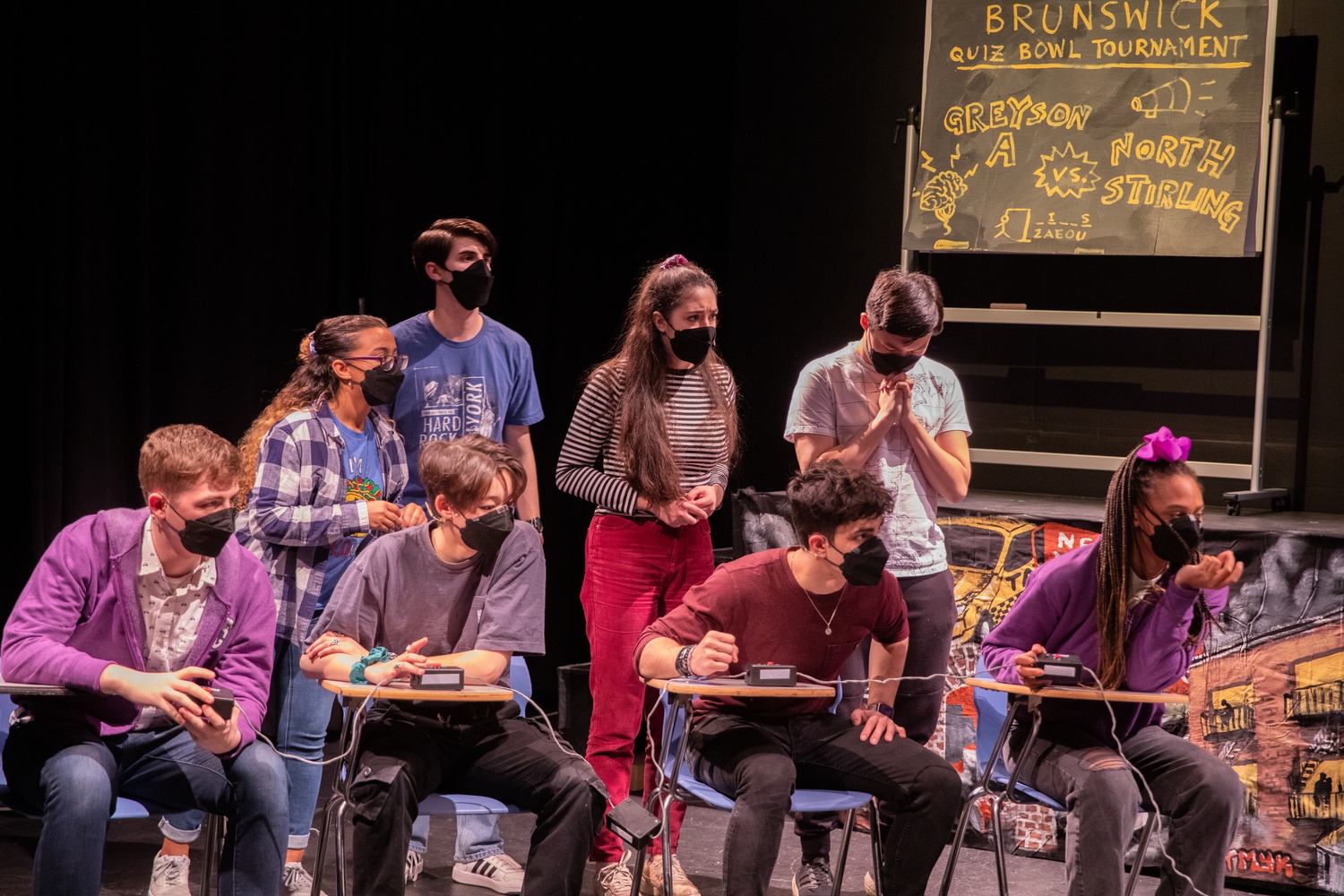 "The More You Know" follows Grayson High School’s Quiz Bowl Team A as they prepare for college admissions, the national championships and strike a deal with the Devil. By Kalos K. Chu
By Kate A. De Groote, Contributing Writer

“The More You Know,” an original musical created by Chloe E.W. Levine ’22 and​​ Ian Chan ’23 that ran from March 31 to April 2 in the Loeb Ex, was written for a Harvard audience. Based on Levine’s own experience of attending a competitive New York City high school and participating in quiz bowl, “The More You Know” is a story of self-worth and discovery that may ring true for some Harvard students.

“We are all complicit by being here in a system that devalues our humanity and teaches us that ‘all you are is what you’ve done’. That your accomplishments and resume are what gives you value,” Levine said. “That is not true, in fact, and it's something that I believed for much of my life and that I still struggle with now.”

The musical follows a group of four students from Grayson High School’s Quiz Bowl Team A as they prepare for college admissions and the national quiz bowl championships. Like many college students might remember, these characters are stressed over finding an extracurricular that makes them stand out to the college admissions committee. After losing a competition, they are approached by The Literal Devil (Cailin A. Beirne ’24) and given the offer of encyclopedic knowledge in exchange for doing “the devil’s will in the world.” What follows is a story about the price of tying one’s self-worth to accomplishments and the willingness to do anything to win.

For Beirne, the play was an exciting opportunity to shape her original character. “You can’t just go back to a reference and say: I'm just gonna play it like this person. It's fun because even up until today we’re still making new character choices and trying things out,” she said. Her omniscient character ended up having a “little soft spot” that she played into.

But putting an original musical together takes more than acting and characterization. Director Sam F. Dvorak ’23 played a large part in getting the musical from book to reality. He got involved with the production in the spring of 2021, immediately struck by how intensely relatable he found Levine’s songs like “Dear Admissions Committee.” “[These characters of stressed out high school juniors worried about letting themselves down and letting the people they care about down … At one point we were also all stressed out high school juniors worried about getting into a good school. It felt like a show that could have a unique impact here,” he said.

Although Dvorak has previously directed virtual shows during the pandemic, this was his first time doing so on a physical stage. Like for Beirne, the fact that he was directing an original show proved both a challenge and opportunity. “There’s a really big sense of pressure that I was putting on myself to do right by this excellent show that has been created by people I admire, and to do a great piece of art justice,” he said. At the same time, the experience was also liberating. “You’re not constrained to any prior convention that has to happen. It’s a labor of love.”

To see her passion project not just come to life, but sell out the Loeb Experimental Theater in only 26 minutes was a surreal moment for Levine, and the end of a long and challenging journey. Due to the pandemic, Levine and Chang, who were in different countries, had to rely on texts and voice memos to shape the show during the two years it took to produce. They say it was well worth it.

“There are so many moments I’ve been moved and struck by the care that everybody is giving this story. So many people are excited about telling this story and that means the world to me,” Levine said. “Sometimes I have to do a double take and be like, ‘This thing that started from one sentence in a Google Doc for a final project is now living in this space and is going to have an impact on people.’ That’s a huge responsibility but it’s also something that I’m really really proud of.”

There’s no denying that the passion and care put into “The More You Know” made it unique. But for Dvorak, what makes it so special is its relevance. “I see myself in a lot of these characters, I see my friends in a lot of these characters and I think watching this show can make you a better person,” Dvorak said. “You can walk out of the theater and think about how you live and work in a new way and approach it in a better and healthier way. As our characters come to that cathartic conclusion at the end of the show I hope the audience can as well.”