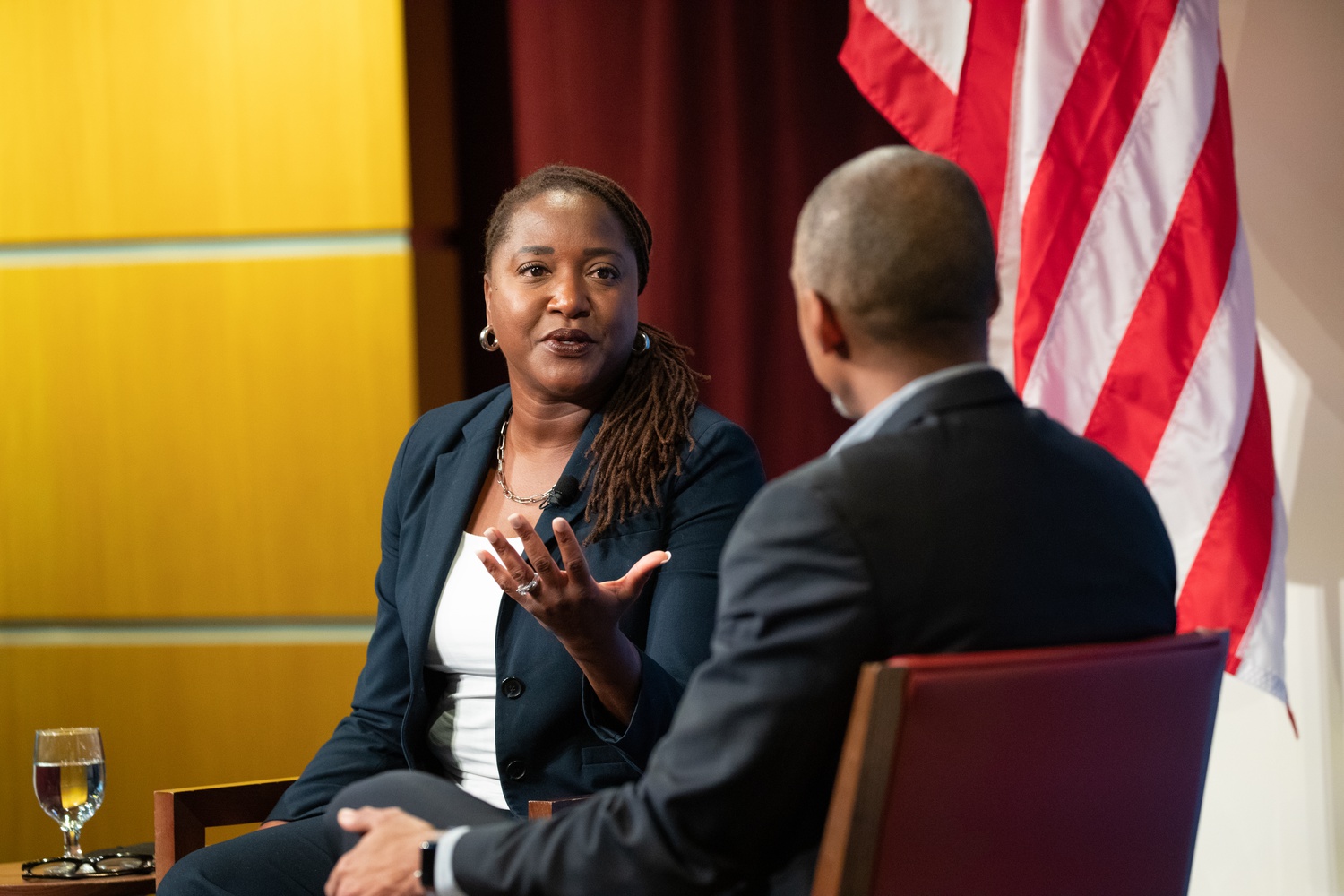 Janai S. Nelson, the president of the NAACP Legal Defense Fund, discussed the judicial system’s role in fighting racial inequality at a forum hosted Wednesday by the Harvard Institute of Politics and the Institutional Antiracism and Accountability Project.

Khalil G. Muhammad, director of the Institutional Antiracism and Accountability Project and Kennedy School professor moderated the event, which was part of a series called Reckoning With the Past, Rebuilding the Future.

Nelson said she expects Supreme Court nominee Ketanji Brown Jackson ’92 — the first Black woman ever nominated to the bench — to be confirmed later this week.

Three Republican senators — Susan M. Collins (R-Maine), Lisa A. Murkowski (R-Alaska), and Mitt Romney (R-Utah) — have said that they plan to support Jackson’s nomination. If all 50 Senate Democrats vote to confirm her, she will have well over the majority of senators required.

“I would like to think that her influence, based on our review of her record, and her sensibilities and her lived experiences may help the court,” Nelson said.

Nelson spoke about voting rights in the United States, saying that restrictive voting bills passed around the country are working to limit the political power of Black and other minority voters.

“We already have seen in some of the primaries that the voter suppression legislation that’s been passed — that we knew would really make it more difficult for people to vote — is, in fact, making it more difficult,” Nelson said.

She said, though, that the NAACP Legal Defense Fund has had some success beating some laws in court. She pointed to a Florida bill, SB90, that was struck down by a federal judge last month.

She said voting bills passed in many red states — some of which ban volunteers from handing out free food and water — disproportionately affect people of color.

“We know that there are certain communities — such as Black communities — that wind up waiting [in] line at a disproportionately longer rate than others,” she said. “One way to keep people there is to hydrate them and to allow them to have a few free snacks.”

Nelson said the NAACP has sought to address voter suppression on a state-by-state basis due to a lack of action from Congress.

“We have to redouble our efforts because, unfortunately, we don’t have federal legislation that will protect the right to vote,” she said. “Now we are forced into this piece-by-piece, state-by-state whack-a-mole strategy.”

She added that “we have not given up on federal legislation,” calling for Congress to pass the John R. Lewis Voting Rights Act.

In an interview prior to the event, Muhammad said education can be a solution to racial inequality.

“We actually have to re-educate ourselves on why we have such inequality and racial inequality in the first place,” he said. “That includes children, adults, native-born Americans, and new residents of this country.”

Nelson called on young people to get involved in social justice activism.

“We need people who are interested in social justice now as much as ever,” she said in an interview after the event.