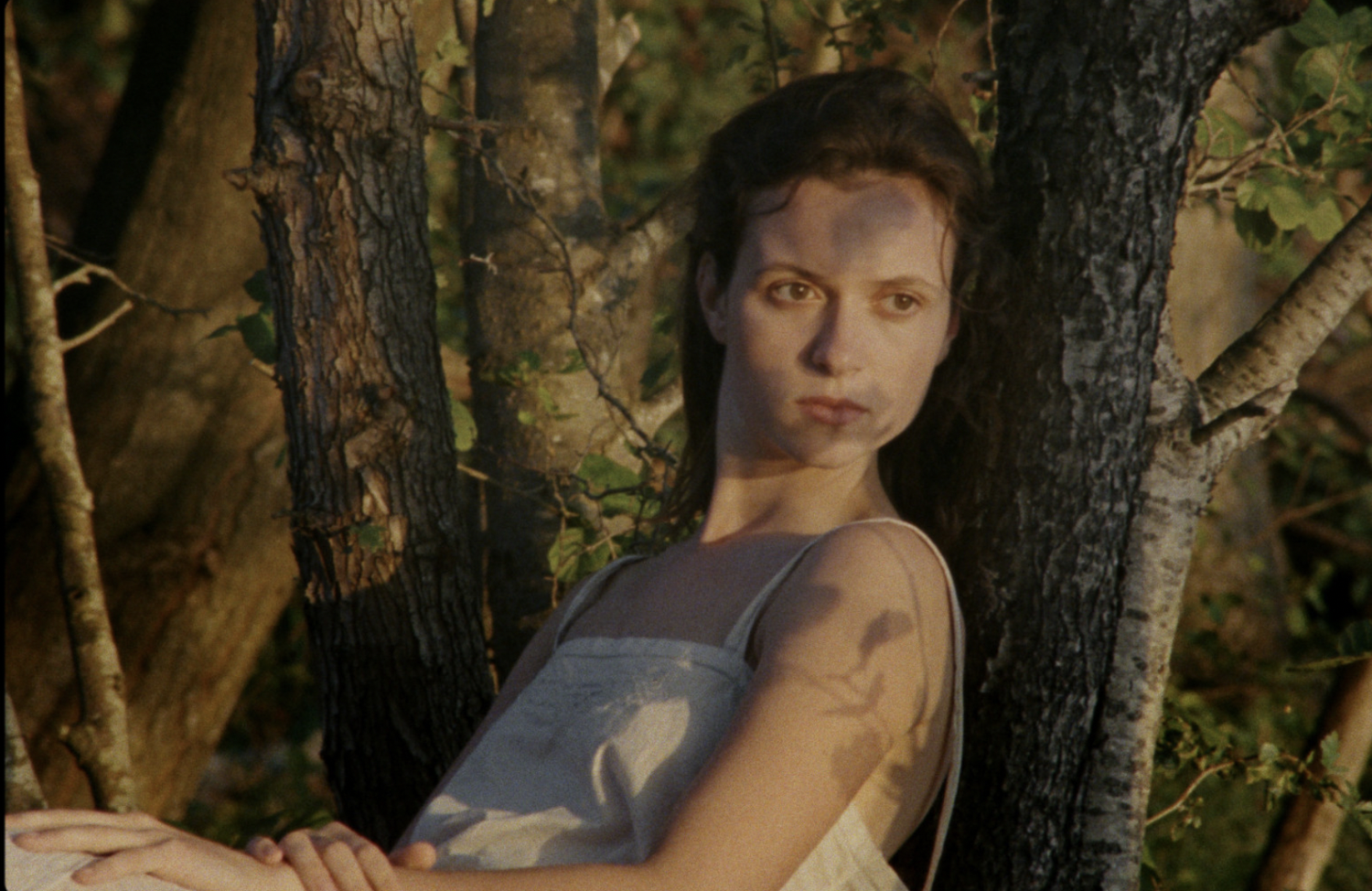 In the early moments of “L’Envol”, the new period drama from Italian director Pietro Marcello, the screen crackles to life with grainy, worn-out film footage of towns destroyed by World War I. Displaced people cross makeshift bridges and soldiers trudge home. As the title card rolls and Marcello begins to unravel the story of one such soldier returning from war, the line between historical record and present-day reenactment becomes increasingly blurred. Marcello’s hallmark style, combining sepia-toned nostalgia with documentary precision, lends itself so well to this story of postwar village life that, as he cuts away to apparent documentary footage throughout the film, one sees Marcello’s history blend with the real archives of the time period.

Marcello’s visual oeuvre — everything shot on 16mm film, dappled with golden natural light and deep shadows — is so well-suited to the film’s period setting that it does much of the work of transportation, bringing viewers into his characters’ hidden world. As it progresses, though, the film struggles to move beyond the realm of aesthetics, sketch out its protagonists fully, or imbue the plotline with emotional depth. The result is a gorgeous movie populated by hollow characters and weighed down by predictable storylines.

The film, which opened the Director’s’ Fortnight screening series at the 2022 Cannes Film Festival on May 18, is billed as a modern fairytale romance. Yet it often feels like a film completely disinterested in romance, fairy tales, or the emotional fantasies central to those genres. Instead, for its first two acts, “L’Envol” appears mostly as a gritty, quiet portrait of a man’s difficult life after war. Audiences see Raphael (played with mesmerizing gravity by Raphäel Thierry) return to his town, meet the baby girl that his wife gave birth to just before she died, eke out a precarious living doing freelance woodwork for a local businessman, and suffer the weight of his town’s scorn as he raises his daughter. 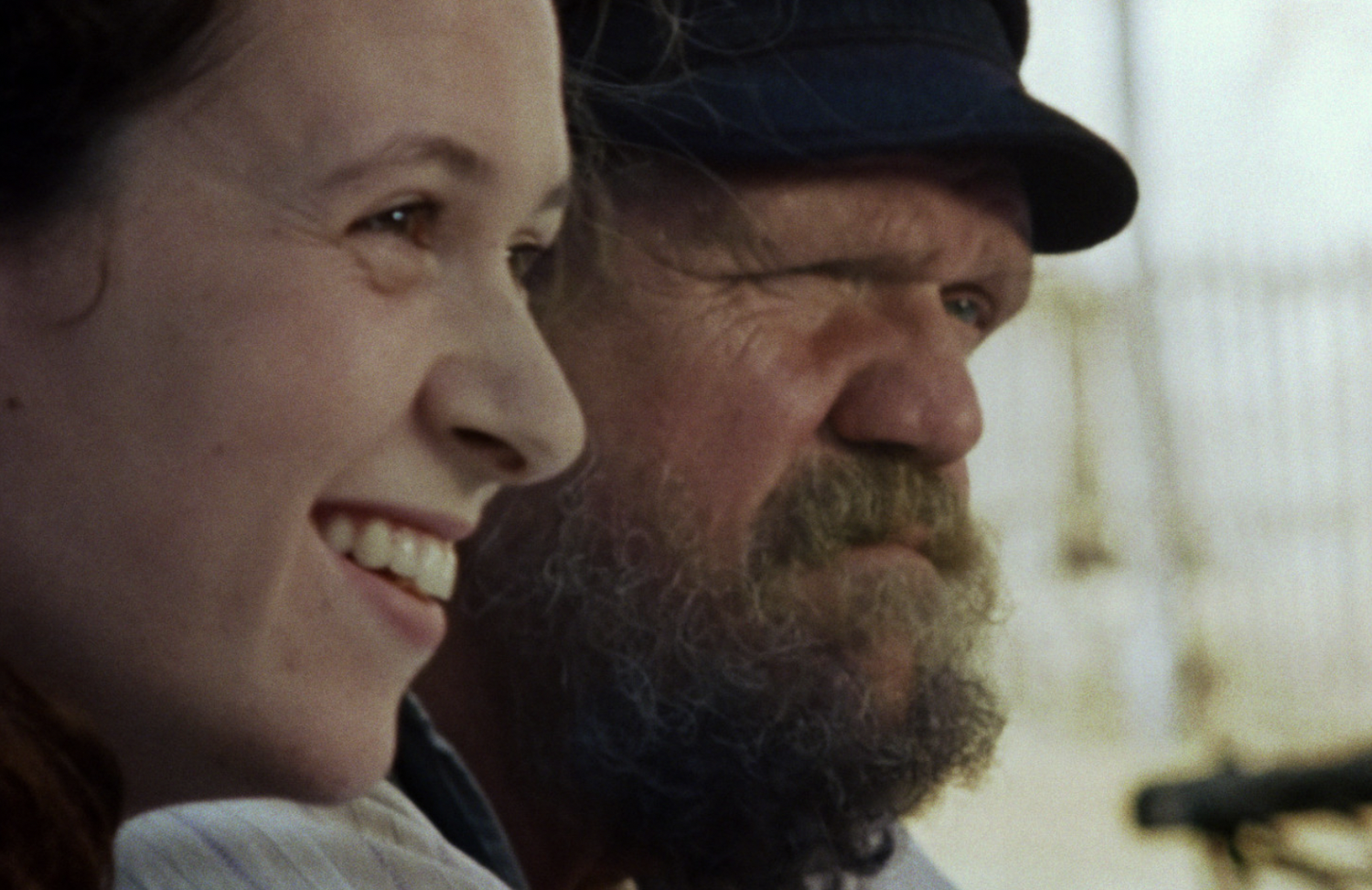 In the first act, the film’s striking beauty combines with its grim subject matter to engrossing effect, carefully documenting Raphael’s life. In the standout opening scene, Raphael walks into town in his military uniform— at this point cutting an unfamiliar, grizzled figure — and receives a tense welcome from his old neighbor Adaline (Noémi Lvovsky), who brusquely introduces him to the newborn she’s been caring for since his wife’s death: his daughter, Juliette. Very little is actually said here — but as the camera dwells on Raphael’s weary face, on his hands grabbing up slices of bread, on Juliette standing to rock the newborn behind him as he hesitates to look at her — the audience sees what it needs to know. Crucial to the story are Raphael’s paralyzing grief, Adaline’s loyalty to his wife, and the unavoidable task of raising his child alone. Marcello’s exacting direction and technical prowess shine in this moment, and the scene’s silence matches Raphael’s characteristic wordlessness.

But soon after, the film’s wordless minimalism becomes a limitation. As it unfolds in stitched-together, sparse scenes of village life, economic tribulations, public cruelty against Raphael and Juliette, and historical footage, its characters fade into archetypal outcasts without any complicating nuance or emotional dimensions.

The few insights given into their inner lives suggest simple motivations: Raphael wants his daughter to receive an education and transcend the town, but she doesn’t want to leave him behind. The audience barely sees her go anywhere, except brief shots of her riding a train to an unseen school, and she never gains any real distance — which explains why, in her later years, she yearns for excitement. When an older Juliette (Juliette Jouard) encounters Jean (Louis Garrel), an amateur pilot with a gambling problem, she’s infatuated. As the film pivots into a focus about Juliette as a young woman, it suddenly takes on a brighter look and jarringly dreamy tone, becoming almost unrecognizable from the first half. In one characteristically pretty shot, Juliette floats in a tranquil river and begins to sing a musical number. As her voice warbles through the woods, the surreally fantastical tone (reminiscent of “The Young Girls of Rochefort”) is jarring.

One could accept the transformation, though, if the film pursued its new romantic direction fully, forsaking its minimalistic character development for a deeper exploration of Juliette and her beloved Jean’s connection. Instead, it maintains a distant gaze, relying on rushed cliches of romance that make their great affair hard to believe in. After the couple nervously kisses for the first time, the scene suddenly cuts away to a shot of them laying in the high grass as Jean tells Juliette pensively, “I was a solitary child.” The romance that was supposed to guide the film, building in the whimsical optimism of a fairy tale, instead feels skeletal. It is reduced to a matching of two characters with good chemistry (owing to engaging performances by Jouard and Garrel) but few moments of substantive understanding onscreen.

This issue speaks to the film’s larger problem: though it benefits from great performances and Marcello’s flawless visual technique, its characters lack heart (or, if they have it, the audience doesn’t see that.) The film starts strong as a striking slice-of-life film, but as it transitions into a brighter romance, it has the trappings of a fairytale in the form of framing archetypes that ultimately don’t seem to go anywhere. (The outcast father, his good-natured and beautiful daughter, her doting godmother, her charming suitor, an evil boss, a village wandering-woman are all present.) It lacks the romantic depth of Marcello’s previous film “Martin Eden,” which dwelled on the growing connection between its main couple, and its documentary montage style prevents emotional continuity that could have made it more impactful. Ultimately, the romance feels like a marriage of stereotypes rather than a portrait of true love.