All the best acts from Day 1 of the three-day NYC music festival. 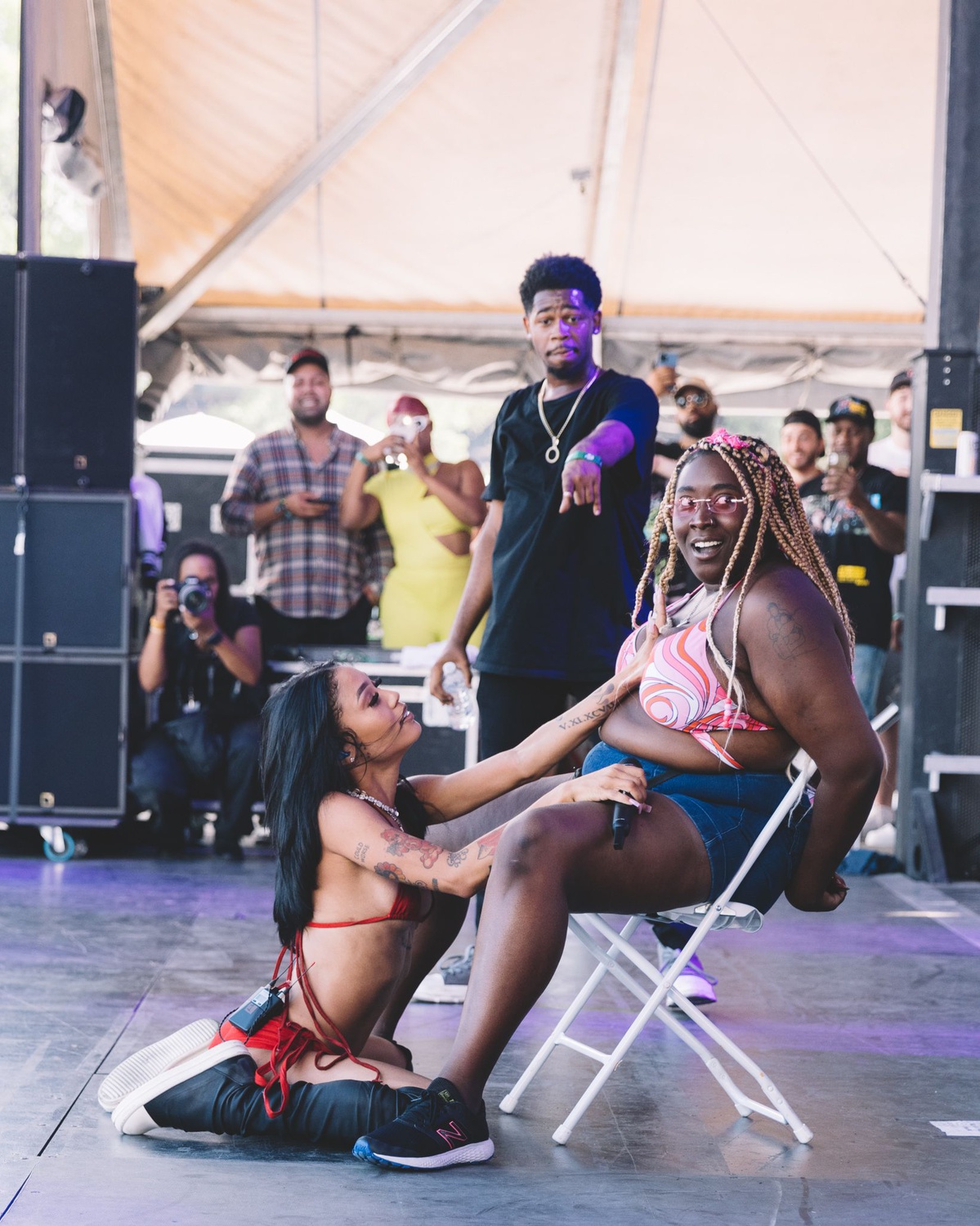 Coi Leray brings a fan on the Bacardí stage for a lap dance at Governors Ball 2022. By Courtesy of @OKAYNICOLITA_ / Governors Ball
By Alisa S. Regassa, Crimson Staff Writer

This year's Governors Ball was special for many. Fans get to see some of their all time favorite performers for the first time in years. Performing at New York’s Citi Field in 2022 was also a first for some of the artists too. The Crimson sent two reporters, Alisa Regassa and Derrick Ochiaga, to cover the event of many firsts. These are a few performances that stood out on the opening day of the three day festival.

As Friday’s unforgiving afternoon sun scorched festival goers at the Bacardí stage, rap duo Paris Texas brought extra heat with their performance. The LA rap group started their set strong with “CASINO,” amping up the crowd so quickly that a huge mosh pit formed only two songs into the set. As rapper Felix and producer Louie Pastel strolled across the stage, they shared that one of their mothers was in the crowd, encouraging the audience to get hyped so that she wouldn’t send them back to school. Their comical, free-spirited stage presence appealed to the masses, but it was really their high energy that got the people going during their most popular hits like “FORCE OF HABIT” and “SITUATIONS.”

Next, the Bacardí stage welcomed Coi Leray opener DJ_JSTACKZ, who played hits like “Super Gremlin” by Kodak Black and “m.A.A.d city” by Kendrick Lamar to hype up the crowd. The rapper stepped out dressed in a red skin-tight two-piece and huge sunglasses, an entourage of dancers at her back. Leray proved to be a tireless performer, busting out dance-intensive choreography throughout the set. During songs like “Thief In The Night” she took it down low twerking while the LED display featured snippets from her music videos. “If you got a sneaky link make some noise” she teased before launching into the track “Sneaky Link,” where she did the jerk to the beat drop. The rapper interacted with her crowd in every spare moment, with phrases like “I love the east coast!” during the chorus of BFB Da Packman’s “Ocean Prime,” as well as starting to chant “Free YSL” before the song “Slide” featuring Gunna. She even invited a fan on stage for a lapdance to “What’s My Name.” Leray winded down the set with crowd favorites “No More Parties,” “TWINNEM,” and “Blick Blick,” having fun with it by screaming the adlib “fa-la-la-la-la-la.”

Over on the main GOVBALLNYC stage, the Texas soul band Black Pumas cooled the sizzling day with their chill vibes. Donning his signature fedora and sunnies ensemble, group songwriter and lead singer Eric Burton started off the set with “I’m Ready” and “Know You Better.” The live performance of these tracks was extended by Burton’s vocal improvisations and accompanied by producer Adrian Quesada’s guitar riffs. Burton strutted along the walkway during musical interludes to interact with fans, while backup vocalist Angela Miller took to the tambourine. “He looks ready. She looks ready,” Burton said of several front row festival goers, before getting them involved in singing the ad libs in “Black Moon Rising.” They closed out the set with their most popular hit “Colors,” during which the band broke out in dance while Burton showed off his vocal range, the crowd singing along to every word.