From Cannes: 'Decision To Leave'’s High-Stakes Mystery Romance Is A Lighting Strike of Longing 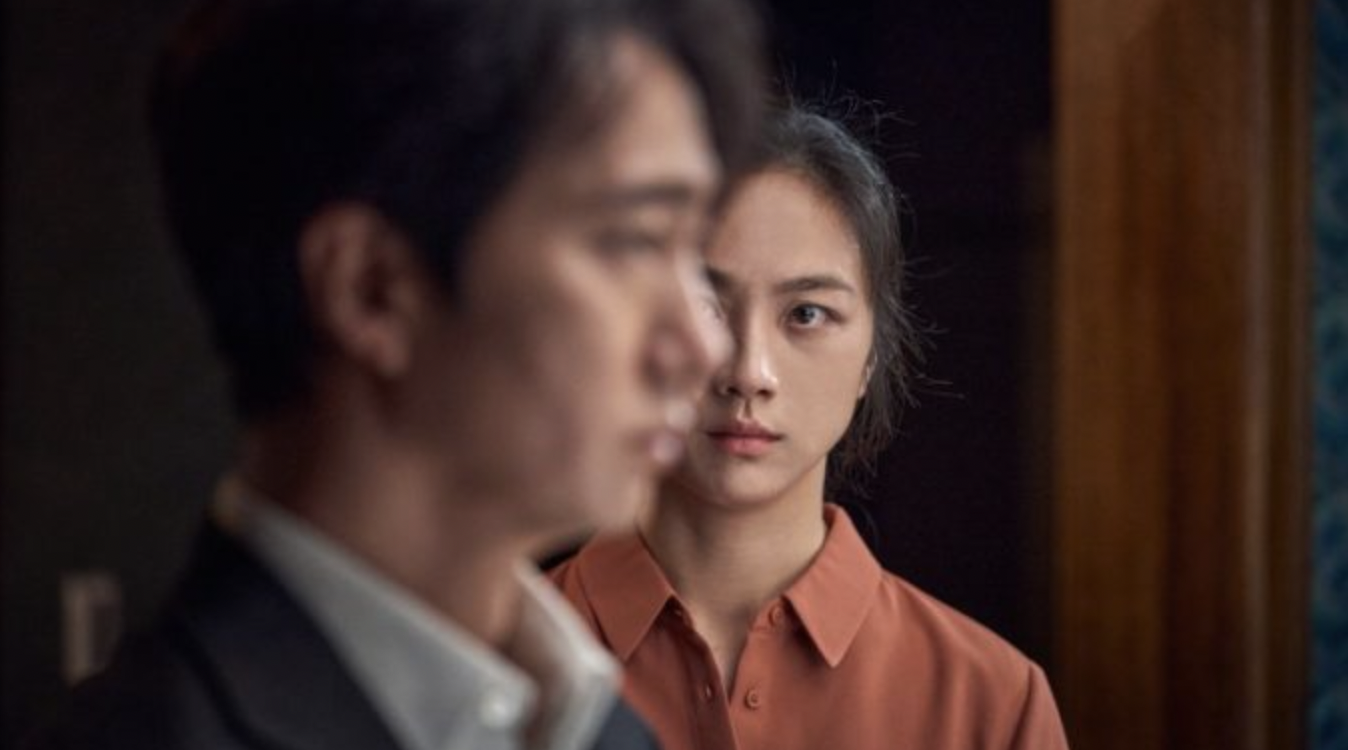 Six years after his lyrical, bloody Victorian romance “The Handmaiden” rocked the 2016 Cannes Film Festival, South Korean director and writer Park Chan-wook has returned to the festival in full force with the May 23 premiere of “Decision to Leave,” an absorbing and powerful meditation on infatuation, obsession, and self-destruction. As he weaves together the atmospheric tension of a crime thriller and the soulful revelation of a romance, Park transcends both genres, avoiding their tendency to exploit the extremes of human experience (radiant love or violent suffering) for voyeuristic entertainment. Instead, he constructs a lush, visually stunning portrait of profound affection and quiet brutality that asks whether violence — witnessed, endured or performed — can ever be a sustainable form of escapism.

The film begins in present-day Busan, where the even-keeled veteran detective Hae-jun (Park Hae-il) spends his weeks rooting out urban crime before heading home for tranquil weekends in the suburbs with his wife Jung-an (Lee Jung-hyun.) When he is called to investigate the mysterious rock-climbing death of an immigration bureaucrat, Hae-jun finds himself drawn to the main suspect, the man’s young wife Seo-rae (Tang Wei.) As the investigation progresses, the pair develop a risky emotional connection and Hae-jun slows down in his search for answers, beginning to question which side he’s on.

From the first glimpse of the crime scene, Park paints the murder mystery in rich, Hitchcockian visuals, highlighting its delightfully theatrical location (a towering rock spire topped with an ancient tree) with engrossing camerawork. In one unforgettable moment, Hae-jung gazes down at the dizzying distance the victim fell when he tumbled off the peak and the shot flips to the dead man’s point of view, gazing up at his faraway figure through cloudy eyes as an ant crosses his cornea. The “murder victim point-of-view” approach could certainly be corny if executed with less precision, but the shot stuns with its symmetrical pastiche of sky and silhouette, deep hues, and a shifting focus that frames Hae-jung as an epic hero with a long way to fall.

Throughout the film, these kinds of intensely dramatic moments are balanced by comic breaks, preventing the film’s serious stakes from becoming suffocating. In one early moment that drew laughs inside the festival’s Debussy Theater, Hae-jun insists on following the route the man climbed and drags his protege Soo-wan (Go Kyung-pyo) along on a hilariously grim belay trip up the rock, during which they count the places the body bounced off the wall. The police scenes that mimic detective procedurals are distinguished by their brisk, engaging pace (you won’t find any “Under The Banner of Heaven”-style pauses to stare woefully at the corpse) and growing focus on romantic rather than rival tension between the detective and suspect, which blossoms into vivid clarity during their interrogation-room conversations. With techniques like these, Park illustrates that the film’s murder mystery is not really its focal point, nor the case that will give Hae-jun purpose as a detective. Instead, it is a poetic and quickly obvious puzzle that leads him into the arms of his suspect.

The real center of the film, of course, lies in this love story. Park is a master of quiet tension, and “Decision to Leave” electrifies with a slow-burn romance with mature stakes, empathetically portraying how two characters are pulled in different directions by obligation and desire. Tang is intense and disarming as the black-widow-suspect, perfectly countered by Park’s performance of tormented obsession. Their chemistry is immediately captivating, conveying a deep and mesmerizing connection long before they act on their feelings. Theirs is the kind of atmospheric love story that comes around once in a blue moon, reminiscent of Wong Kar-wai’s stone-cold classic “In the Mood For Love.”

The efficacy of their connection, though, arises largely because it is explored beyond their chemistry. Park illustrates how Hae-jun and Seo-rae are drawn together not only by their mutual attraction but also by their shared gravitation toward violence as a form of solace. Hae-jun is a figure of tortured restlessness, treating his insomnia by poring over cases and holding stakeouts late into the night. By the time his frustrated wife asks why he needs to obsess over murders to be happy, it’s clear that his gruesome work is the only way he knows how to escape from his anxieties. As Seo-Rae’s motivations are cast into sharper focus, violence appears as one of the only tools she has for control, allowing her to escape the miseries of her life and pursue her own desires for the first time.

Through Hae-jun and Seo-rae’s stories, Park presents two people who have seen the costs of brutality firsthand but are still brought to life by it. As they recognize this perverse attraction in each other, their cursed love becomes impossible to look away from, offering a more immersive escape than either has ever encountered. But as Park’s film asks, does the blood spilled behind them bind them together or doom them to unhappiness? Can two people conditioned by violent obsessions ever turn away from them, or have they been indelibly shaped?

These are fitting questions for fans of Park’s films, which have brilliantly examined the role of violence in human society and relationships since the beginning of his career, when his deliciously unflinching “Vengeance” trilogy presented three takes on the ways ordinary people are driven to brutality by the world’s cruelties. By the 2014 arrival of “The Handmaiden,” Park’s thoughtful portrayal of violence had become a calling card of sorts, standing apart from a theatrical marquis dominated by action movies, dark dramas, and true crime flicks that spilled blood for spectacle. “The Handmaiden,” a gorgeous love story, is also not for the faint of stomach, with graphic representations of abuse that propels its heroines toward revenge and escape. The constellation of Park’s filmography is populated by characters who defy typical narratives, forcing audiences to confront their own similarities to heroes and villains alike. Through Park’s eyes, violence has never been the sole purview of gangsters, wife-beaters, elites, or the downtrodden; it has never been purely evil or utilitarian. Instead, it appears at the root of complex character traumas, along the path of self-realization, or in the aftermath of alienation — a source of self-destruction, renewal, or rot.

Like his others, Park’s latest film traces the creeping tentacles of violence throughout its characters’ lives, but it goes further to challenge the idea that one can passively witness and obsess over violence without developing an unhealthy relationship to it. In the midst of a true crime resurgence in popular media, graphic but depersonalized tales of murder and intrigue have filled streaming sites and podcast charts, creating growing communities of devotees who bond over their mutual fascination with brutal cases. What does it mean, as Park’s film asks, that these relationships are built on a shared escapism through other people’s trauma? And how does shifting focus toward these mutual bonds leave the violent histories themselves lost in the background?

Ultimately, Park’s newest film is a masterpiece of visual and narrative poetry, delving into these ideas with a singularly rich aesthetic vision. Though the film has been called understated in comparison to “The Handmaiden,” its cinematography still stuns with luxuriant colors, gorgeous framing, and impeccable lighting, all bolstered by sleek and simple production design. The luminous final beach sequence is one of the most beautiful shots I have seen all year. And throughout the film, Park’s thriller casually incorporates today’s ubiquitous surveillance tech and imbues it with a heightened suspense factor, using tech-inspired visual effect shots (including a moment when viewers see Seo-rae taking a polygraph from inside the screen of the polygraph monitor) to give the movie a quiet sci-fi edge.

“Decision to Leave” joins Park’s other films with a brilliant examination of violence and its meaning, but diverges with its soulful, affecting love story and beautifully-drawn contemporary setting. As Seo-rae and Hae-jun’s romance is torn apart by the violence from which it arose, one is reminded of a haunting line by poet Hanif Abdurraqib. “I wish this type of betrayal on no one,” he writes, “Being born out of that which will be your undoing.”