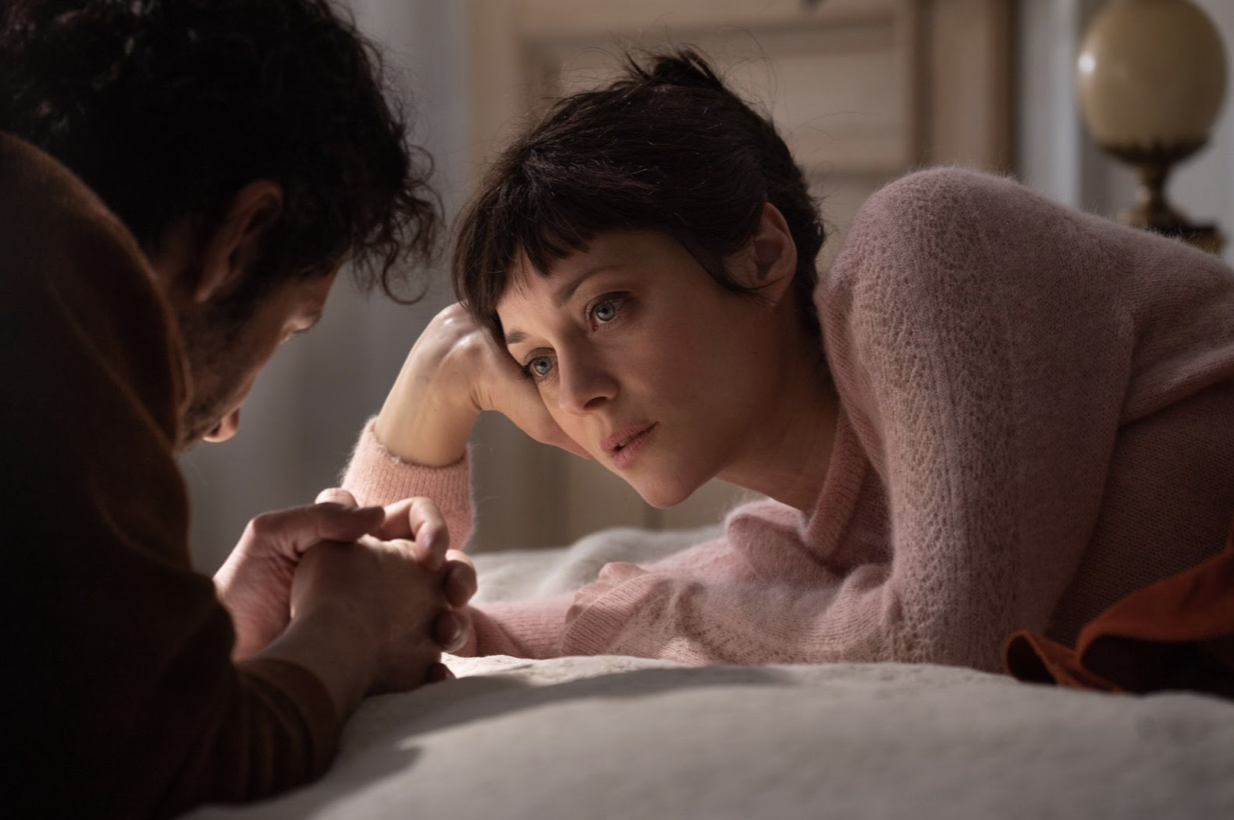 Arnaud Desplechin’s latest film “Frère et Sœur” (“Brother and Sister”) begins by thrusting viewers right in the middle of a hostile, tragic confrontation: An anxious-looking man named André (Francis Leplay) visits the home of his former best friend Louis (Melvil Poupaud) to offer him condolences following the death of his six-year-old son. However, Louis is absolutely furious to see him. He orders him out of the house, where right outside the door, André’s wife Alice (Marion Cotillard) — who is also Louis’s estranged older sister — is quietly waiting outside. She didn’t have the nerve, or perhaps the inclination, to face her brother after the death of the nephew she never met.

“Frère et Sœur,” which premiered on May 20 at the 2022 Cannes Film Festival, maintains approximately this level of melodrama for the entirety of its runtime. Fast forward five years after the opening scene, and yet another family tragedy has forced the estranged Alice and Louis to face one another. What ensues is an emotionally rich, though vaguely sketched, depiction of their intense sibling rivalry. While “Frère et Sœur” lacks enough exposition for viewers to truly believe in Alice and Louis’s exaggerated hatred for each other, Cotillard and Poupaud offer dynamic performances to ground the story in a sense of realism.

When their parents get into a life-threatening car accident, Alice, a stage actress, and Louis, a poet, must return to their hometown to look after them in the hospital. The only problem: they refuse to be in the same room together, and will do literally anything to avoid interacting with one another. Their sweet younger brother Fidèle (Benjamin Siksou), however, is entirely neutral and has no issue with either sibling. Louis, who moved to an isolated rural area with his wife after their son died (they are accessible only by horseback), was hesitant to even visit his parents because it would mean being near his sister. Naturally, viewers are itching to know what could possibly have been the impetus for such deep-seated mutual contempt. Unfortunately, a clear and understandable explanation is never really offered — presumably intentional on Desplechin’s part, but nevertheless frustrating.

“Frère et Sœurr” is rife with many over-the-top moments of tension between the two siblings. Alice is a successful actress, so melodrama is perhaps in her nature. When she accidentally ends up in the same place at the same time as Louis — the hallway of the hospital — she dramatically collapses to the ground, a moment that is captivating yet just shy of amusing. When they both must attend a consultation regarding their parents, a separate entrance is arranged for Louis to go through. Family members and strangers alike are caught in the elaborate song-and-dance to keep them apart. Eventually, an opaque and hazy flashback offers some context on their rivalry, but viewers are still left with a myriad of questions.

Despite the lack of explanation for their mutual resentment, Cotillard and Poupaud uplift the film with sincere performances that effectively convey the depth of their anger. They succeed in creating a palpable sense of hostility between the two obstinate characters with cutting line delivery and chilling glares. Moreover, both of them are caught in intense downward emotional spirals. They barely contain their sadness and rely on substance abuse. They often lash out in emotional outbursts to innocent people in powerfully tense scenes. The depiction of their parallel mental health struggles adds a poignant layer to the narrative, showing how their experiences overlap even as they maintain that they hate each other.

Although the majority of the film is grounded in realism, “Frère et Sœur” also succeeds in its most imaginative moments. In one scene, Louis reads aloud a letter he is writing to his sister. Facing the camera and audience head on, it’s as if he can express his inner world to viewers more easily than he can to his family. In another fascinating sequence, Louis takes opium then flies effortlessly through the night sky until he finds himself hovering outside his mother’s hospital room window. The audience is transported alongside him, caught in this sudden wave of magical realism. With his ambiguous approach to Alice and Louis’s feud, Desplechin could have leaned even further into the fantastical, allowing audiences to learn more about them through unexpected creative moments like these.

There is ultimately an intriguing emotional arc to Alice and Louis’s relationship as they slowly spend more time together. And while viewers might not understand everything about them and their unique dynamic, they still come to care for the duo, with all their layers and nuances.