From Cannes: ‘Syk Pike’ is an Over-the-Top, Amusing Look at Narcissism 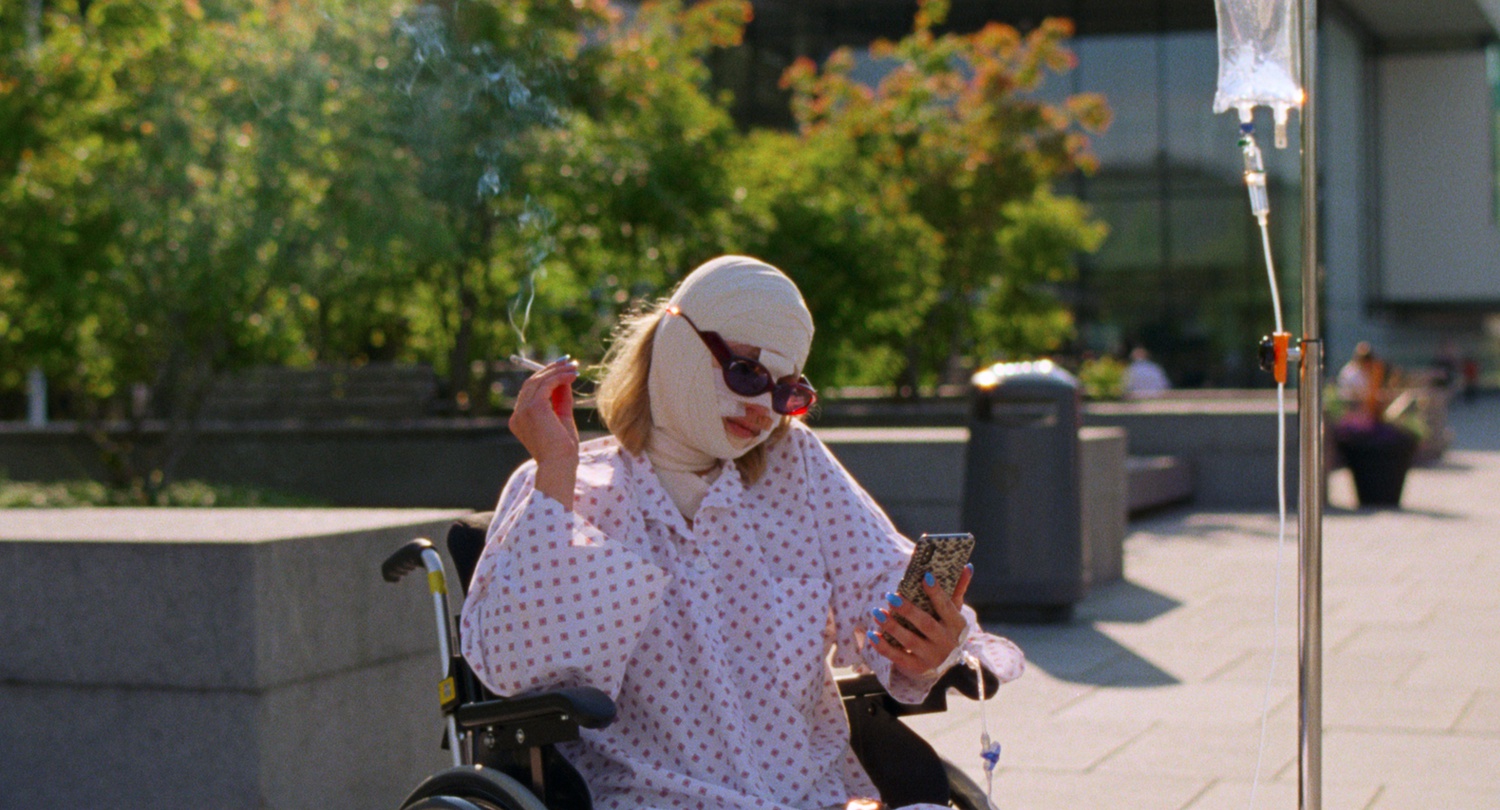 How far would you go to always have the spotlight trained on you? Would you purposefully and permanently jeopardize your health all for the sake of attention? Such are the questions at the core of director Kristoffer Borgli’s Norwegian comedy “Syk Pike,” which premiered on May 22 at the 2022 Cannes Film Festival.

“Syk Pike,” or “Sick of Myself,” follows Signe (Kristine Kujath Thorp), a twenty-something narcissist in a relationship with burgeoning modern artist Thomas (Eirik Sæther), who is also self-obsessed. As soon as Thomas’s art career begins to take off, Signe is desperate to steal attention away from him. Thus ensues her astoundingly bizarre pursuit of a rare illness through prescription drug abuse: She purchases copious amounts of illegal Russian pills in order to contract a degenerative skin disease.

At the Debussy Theater the night of the premiere, Borgli commended his actors for sticking with his vision even when they asked him if their characters could be made a little more likable. Yet Signe and Thomas aren’t meant to be liked; Borgli himself called his film “a toast to the assholes.” Though oftentimes over-the-top and surface level in its critique, “Syk Pike” is nevertheless a witty examination of narcissism, unabashedly holding up a mirror to humanity’s worst tendencies.

Signe’s pathological spiral begins with a strange event that sets the offbeat tone of the film: At the coffee shop where she works, a woman is bit by a dog and Signe rushes to check on her, resulting in her white shirt being covered in the other woman’s blood. As she continues her day with that bloody shirt on, she realizes she loves all the concerned reactions she’s getting. Signe finds she will do anything for sympathy. And the more Thomas ignores her and becomes enthralled in his own success, the further she goes to feel special. Her actions escalate humorously: At a dinner celebrating Thomas, she fakes an allergic reaction. When she reads an article on a Russian pill that causes a skin disease, she gets an acquaintance of hers to illegally buy it online for her. At this point, the audience might begin to question the script — who would ever do such a thing? But Borgli executes its most outlandish moments with just enough tongue-in-cheek humor that viewers can go along with it.

Indeed, Signe’s obsession with attention is at once comedic and excessively silly, an overtly satirical look at just how selfish humans can be. When Thomas visits her in the hospital after intense boils appear on her skin, his first question is, “It’s not contagious, is it?” Their unspoken contest of who can be more egotistical is one of the funniest parts of the film, with Thomas only half-heartedly caring about Signe’s illness in favor of his art projects (which bizarrely involve him stealing chairs.).

The absurdity of Borgli’s vision only escalates from there. In an effort to maintain her status as patient zero of a mysterious disease, Signe refuses to allow doctors to run tests on her. She attempts to leverage her condition to become an influencer, begging her journalist friend to do a profile of her and attempting to get signed to an inclusive modeling agency. All the while, the pills she took continue to make her sicker and sicker, a not-so-subtle communication that her actions are catching up to her, karmically speaking. As Borgli himself affirmed at the film’s premiere, Signe is an intentionally unlikable protagonist, but actor Kristine Kujath Thorp doesn’t make audiences detest her either. Rather, she succeeds in lending dimension to a distinctly unsympathetic character. Perhaps it’s because even in Signe’s darkest, most absurd moments, Thorp’s comical, animated acting allows the audience to recognize a part of themselves in her — the part that longs to be seen.

While most of “Syk Pike” enraptures viewers in Signe’s bizarre reality, Borgli occasionally probes the imagination of his protagonist. There are multiple hilarious and creative fantasy sequences interspersed throughout the film in which Signe imagines possible future events relating to her elaborate lie: In one sequence, everyone she knows is sobbing at her funeral after she dies from the disease. In another scene, she imagines herself as a bestselling author after coming clean and writing a self-aware memoir. The script continually returns to the amusing plotpoint that her dad and one of her friends never visited her in the hospital, and she repeatedly imagines them suffering for this and repenting for their apathy — they’re not even allowed at her fantasy funeral. “Syk Pike” is packed with such lighthearted jokes meant to keep audiences laughing.

While “Syk Pike” certainly features sharp humor in its unconventional, hyperbolic narrative, it could have made slightly more in-depth commentary on the nature and consequences of the narcissistic behavior it pokes fun at. Despite its occasional lack of rigor, “Syk Pike” is a captivating, wild ride. If audiences are feeling guilty about any of their own questionable behavior, this film will certainly help them feel better by the end.