From Cannes: ‘Stars at Noon’ is a Well-Acted Yet Muddled Thriller-Romance 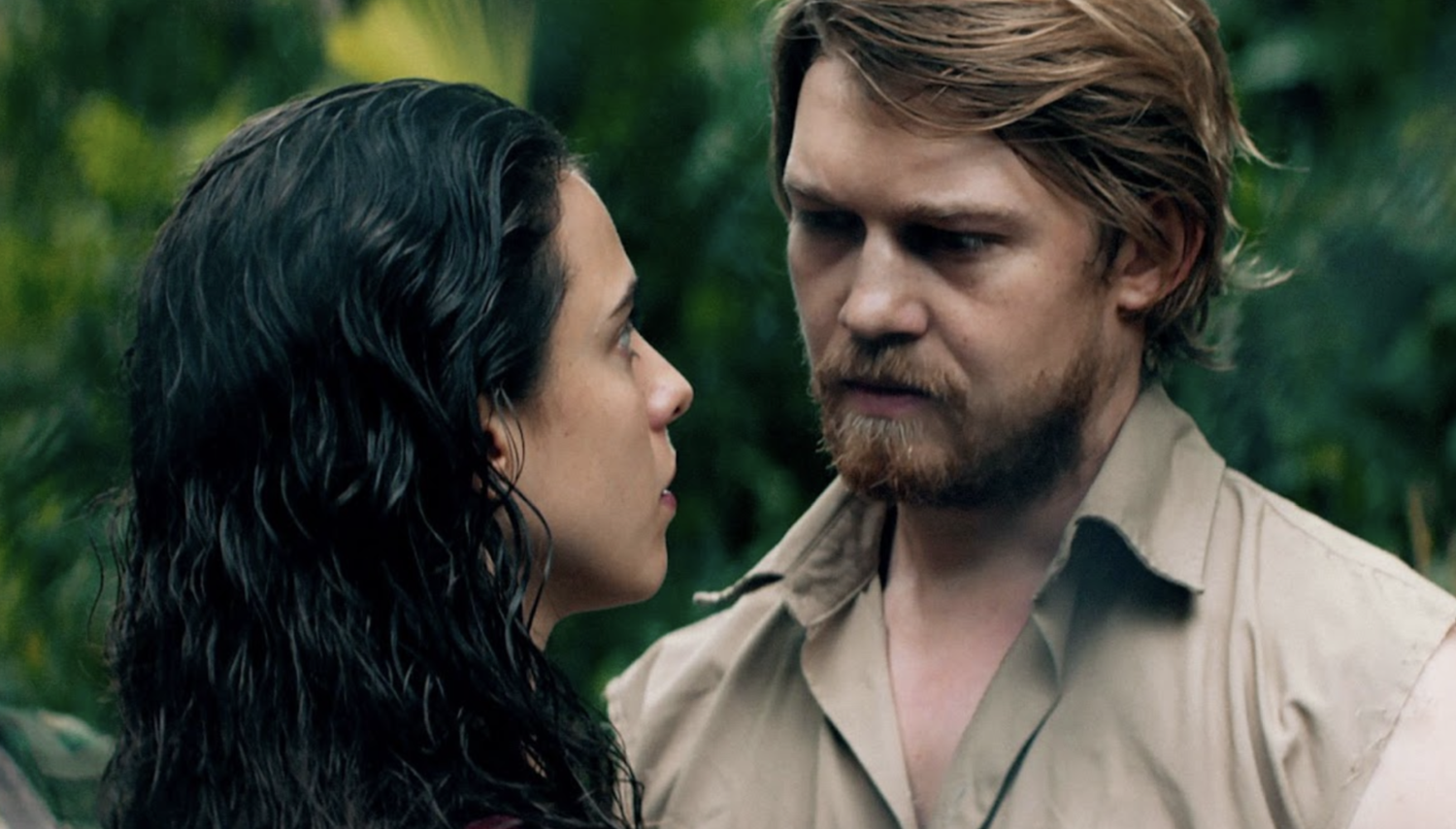 French auteur Claire Denis’s latest film is based on the 1986 novel “The Stars at Noon” by Denis Johnson, which takes place during the Nicaraguan Revolution in 1984. In her screen adaptation, however, Denis transports Johnson’s narrative to the present day so that it unfolds during the Covid-19 pandemic. The film follows Trish (Margaret Qualley), a young American journalist, as she meets the mysterious Englishman Daniel (Joe Alwyn) against the backdrop of the country’s simmering political tensions. Their blossoming romance is complicated once Costa Rican police start chasing Daniel, and they scramble to flee Nicaragua together. Denis’s latest effort is commendable for its exciting pace and distinctively sultry mood, but the romance at the core of the film is not strong enough to fully draw audiences into the muddled world of its underwritten protagonists.

What exactly brought Trish to Nicaragua remains mysterious, and without knowing her motives it’s difficult to sympathize with her. At one point, she briefly alludes to having written some controversial articles on “kidnappings and hangings,” which presumably landed her in hot water. Beyond that blink-and-you’ll-miss-it context clue, she doesn’t seem to have a particular purpose in the country at the time the film starts; she is only desperate to leave the U.S. and continue her journalism career elsewhere. However, her boss, played by John C. Reilly in a brief but hilarious video call cameo, insists he is not actually her boss and she is not actually a journalist — she’s more of a floundering freelancer. In exchange for money and support, Trish has been sleeping with a military officer and a government official, but even they won’t help her get a passport to leave.

Trish’s relationship with Daniel also begins transactionally: After meeting at a hotel bar, he pays her 50 U.S. dollars to have sex with him. Although they frustratingly never learn anything truly substantive about each other, their originally superficial relationship quickly transforms into something else, and their romance drives the narrative. The attraction between the pair is made all the more intense by Daniel and Trish’s stressful circumstances. Once Trish spots an undercover Costa Rican cop (Danny Ramirez) who wants to arrest Daniel, they go on the run together.

Alwyn is well cast as the elusive Daniel (although at this point he is perhaps being typecast as the reserved, smoldering man), but even his charm can’t bring to life an underwritten character like Daniel. He is more of a stereotype than a nuanced person: the prototypical Cool, Secretive Man who moodily smokes cigarettes instead of revealing anything about himself. While Trish is also underdeveloped, Qualley is at least allowed to be more expressive in her acting; Daniel is consistently stoic and impenetrable. The opaque characters would be forgivable, perhaps, if Alwyn and Qualley shared a certain level of chemistry. Unfortunately, while the film is rife with sex scenes, there isn’t a powerful electricity between them. They are both beautiful, talented actors, but that is not itself an instant recipe for success.

This is not to say they are altogether unengaging on screen. There are several moments of bittersweet intimacy between them. In one standout scene, they sway back and forth in an empty club to the smoky lilt of Staurt Staples’s vocals. Awash in a pastel pink light, the romantic atmosphere is enough to move even the most cynical viewer. Whenever Trish fears she’s been separated from Daniel for good only to reunite with him soon after, their tight, prolonged embraces are heartwarming. As a couple, they are certainly not without their charm, but a magnetic pull between them is absent.

Although the thriller element of “Stars at Noon” is often confusing, the film keeps viewers on edge, mostly as they attempt to untangle the mystery of the plot. Granted, it is steadily paced as well. The jazzy, saxophone heavy score, composed by frequent Denis collaborator Tindersticks, helps establish the fluidity of the narrative and its sultry tone. However, viewers can’t help but wonder: Who is Daniel, and why is he really in Nicaragua? With the film no longer set during the Nicaraguan Revolution, how do Trish and Daniel fit into the country’s current political climate? The narrative becomes a gritty and suspenseful look at their trek through urban and rural terrain as they try to outrun the police, but is without the necessary context. Daniel’s crisp white suit becomes increasingly dirty and rumpled as they move along, perhaps more reflective of his interiority than any of his dialogue. (It’s a miracle they get anywhere considering how much they’re drinking, particularly Trish.)

Captivating as their game of cat and mouse is, Trish and Daniel aren’t likable enough protagonists for viewers to care deeply about whether or not they will outrun their pursuers and end up together. While Daniel is unknowable, Trish sometimes veers toward being irritating. She is certainly intended to be flawed, which is often refreshing in lead characters, but she isn’t someone to root for in spite of or because of her flaws. Qualley is nevertheless a commanding actress, embodying her many quirks with a discernible liveliness. She modulates between crying fits, aggravated arguments, and drunken hazes with ease.

While the star-crossed lovers story is compelling and buoyed by two impressive actors, the script of “Stars at Noon” does not lend its characters adequate depth or elucidate the details of its complicated plot. If Trish isn’t a working journalist like she says (she isn’t really, at least not anymore), and Daniel isn’t in the oil business like he claims (he definitely isn’t), who are they underneath the narratives they present to the world? By the end of the film, they are still two difficult-to-pin-down characters — the audience doesn’t know them, and they might not even know each other.