From Rolling Loud Miami: Playboi Carti is All the Rage 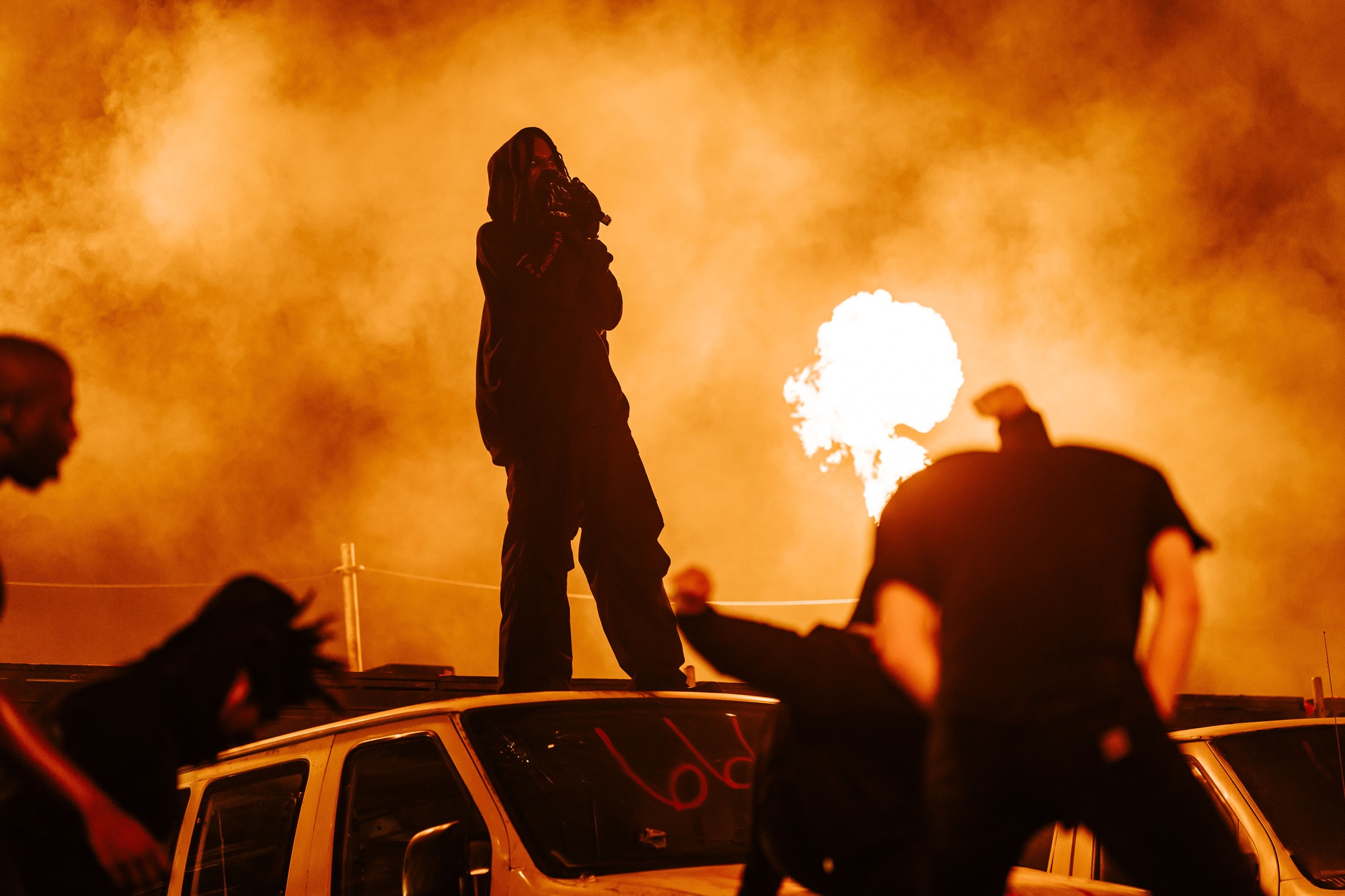 If there is anything Playboi Carti is known for, aside from his cryptic tweets and unhinged vocals, it would be his fanbase’s unwavering ability to rage. While Carti arrived at this year’s Rolling Loud festival in Miami over 20 minutes late to his 9:15 P.M. start time — standing atop one of four white vans positioned at the back of the stage for maximum suspense — the anticipation of the crowd never faltered. Waterpouches strapped tightly around sticky backs, multicolored bandanas waving in the air, and whistles secured between puckered lips indicated the crowd was hungry to mosh. From flying water bottles to borderline demonic screeches, Rolling Loud Miami’s Ciroc Stage felt like the set of a riot the moment the first beat drop in “Stop Breathing” hit fans’ ears.

Carti’s stage design also visually leaned into the chaos. While the screen directly behind the mainstage routinely flashed between black and white as strobe lights shined down, crisscrossing to the beats, six screens bordering the stage showed grainy grayscale graphics of the popular rapper performing. These images were complemented by animations of lightning strikes, a fog machine, and intermittent pyrotechnics. 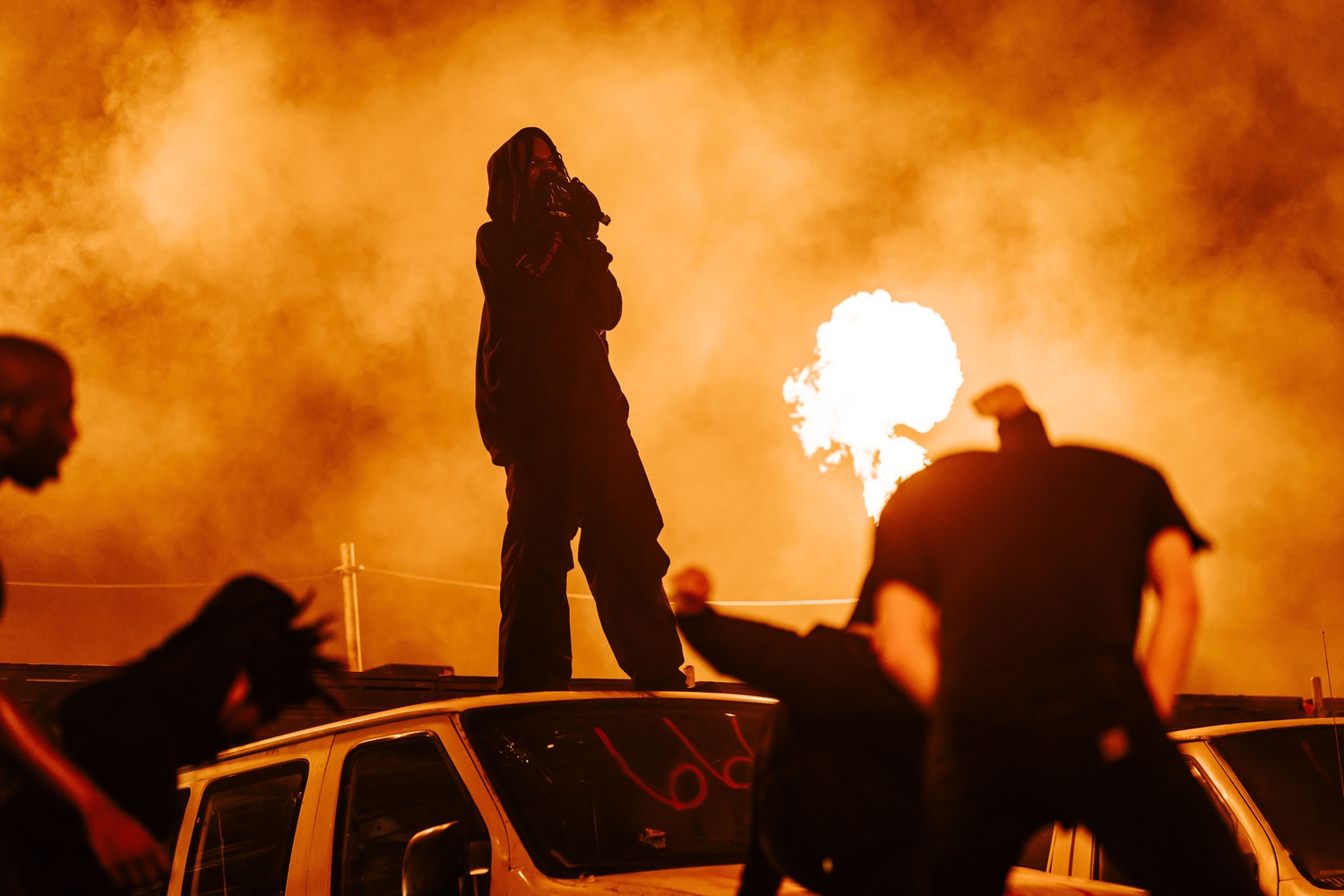 Feeding off of the crowd’s excitement, Carti brought the energy for the entirety of his set, which was unfortunately cut short due to the late start. Crowd favorite “Rockstar Made” from Carti’s second studio album “Whole Lotta Red,” which Pitchfork describes as a “pressure cooker” that “seems to careen wildly toward an unknown destination,” was second on the setlist. At this point, Carti let loose, barking to the crowd as every quadrant of the yard opened into pits.

Carti’s crowd responded rabidly, yelling the lyrics back at him while experiencing a range of emotions. In a live streamed video of the concert, overwhelmed attendees can be heard yelling “Let me out!” while others check their hands, almost surprised they are still standing.

A few songs later, Carti performed an excerpt from “Off the Grid,” an almost six-minute long track from Ye’s “Donda” album which features vocals from Playboi Carti, and for a moment it seemed possible Ye would make a guest appearance. But alas, the performance continued on — with Ye no doubt waiting in Miami Gardens for a later surprise.

Carti rounded out his set, transitioning through “Sky,” “No Sl33p,” and “Teen X,” before maxing out his time with “Control” as an impromptu closer. 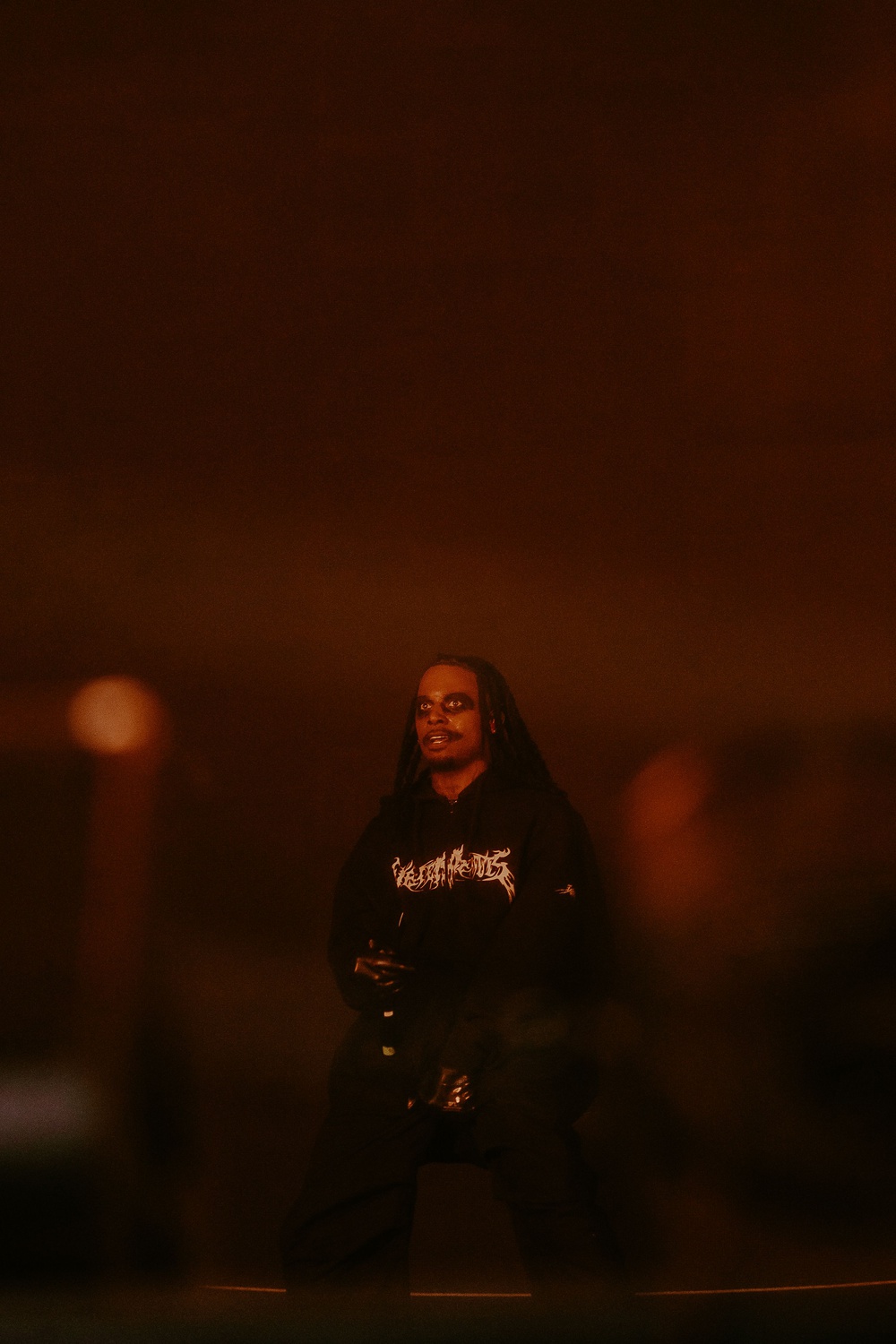 Playboi Carti looking out over the crowd at Rolling Loud Miami 2022. By Courtesy of Rolling Loud / @itchyeyephotos

After Carti’s set came to a close, a good portion of the crowd emptied out, leaving crumpled emergency water bags, ripped pieces of clothing, and even a few lone shoes in their wake. Not very keen on staying for last minute headliner Kid Cudi, some of the crowd called it a night, no doubt riding the incomparable Carti high.

—Staff writer Anya Henry can be reached at anya.henry@thecrimson.com.