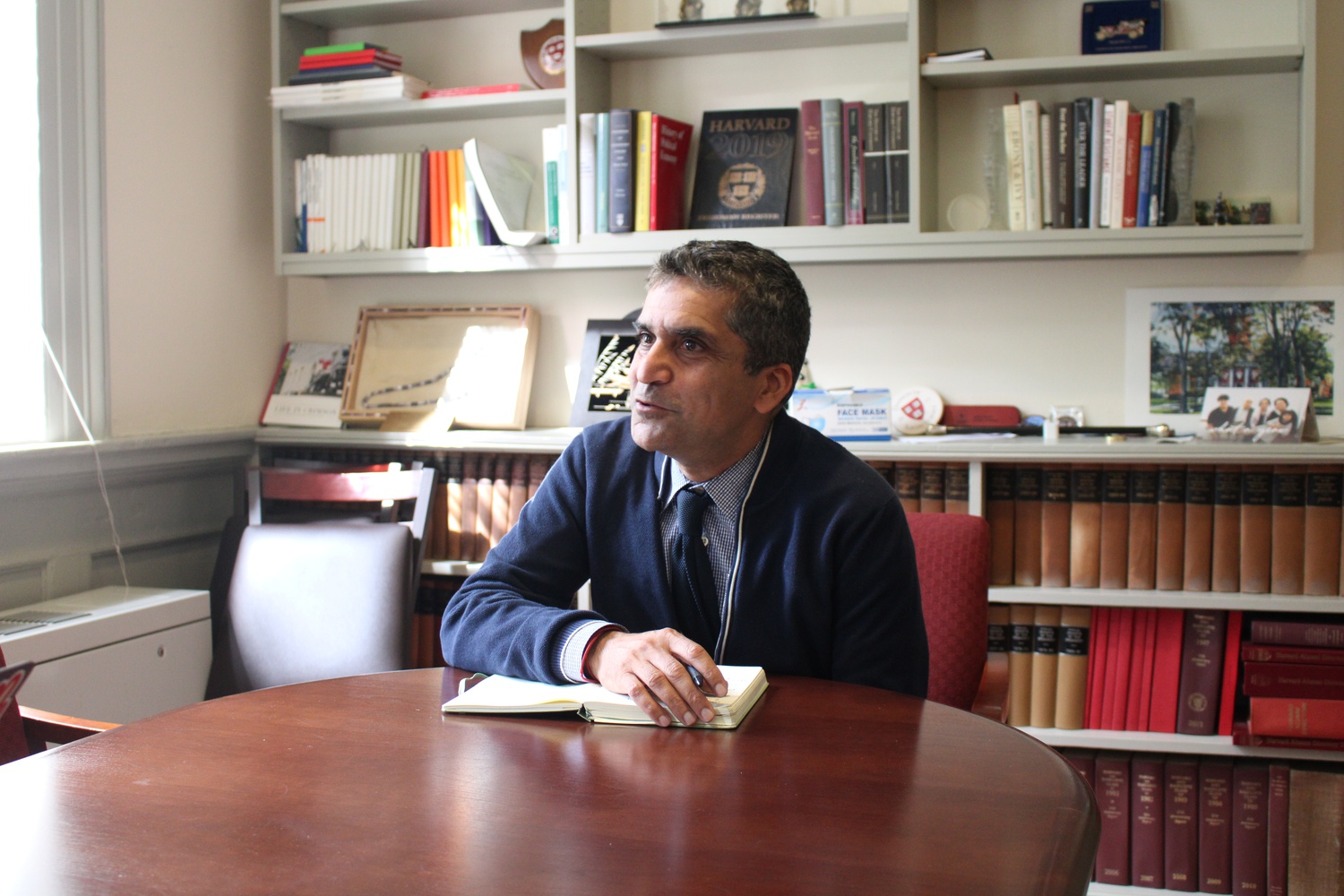 Dean of Harvard College Rakesh Khurana praised the tenure of University President Lawrence S. Bacow in a Monday interview with The Crimson.

Khurana said Bacow, who is set to step down in June, has been a “great friend of Harvard College” over the past four years, citing his commitment to students and his handling of the Covid-19 pandemic.

“He is someone who guided us with a steady hand through an extraordinarily difficult time, in addition to steadying the financial and administrative structures of the University during Covid,” said Khurana, who called Bacow a personal mentor.

Bacow and his wife Adele F. Bacow “devoted their lives to something bigger than themselves,” according to Khurana.

Khurana added that Bacow’s defense of international students during the pandemic was one of his “most powerful” moments as Harvard’s leader. Under Bacow’s administration, Harvard and MIT sued the U.S. Department of Homeland Security and U.S. Immigration and Customs Enforcement over policies restricting international students from staying in the U.S. while attending universities that offered only online classes.

“He’s always stood up for our students,” Khurana said.

When asked about the type of leader he hopes will replace Bacow, Khurana declined to comment.

“The search committee is in the best position to answer that question,” he said. “But I hope they understand that I think Harvard College is the jewel of the University.”

Khurana also addressed the following topics in the interview:

“Protest is one part of expression on our campus,” Khurana said. “In addition to creating space for protests, we also want to make sure that people who are here for an event also get a chance to hear the event in a way that is also free from interference.”

Khurana emphasized that students who share their perspectives with College administrators “will be heard” and “taken seriously.”

“One of the things that I really encourage always is our capacity to be open-minded, to listen to different perspectives, to think about our own perspectives and points of view,” he added.

The Harvard College Pakistani Students Association has called for donations and increased awareness for flood victims in Pakistan, criticizing administrators for their lack of public acknowledgment of the humanitarian crisis.

Khurana said his “heart goes out” to those affected by flooding in Pakistan, where a third of the country is underwater and almost 1,400 have died.

“My family is from that region — my parents were both born in Pakistan — so I know how devastating things like flooding can be,” Khurana said. “We really want to support our students and encourage students who are being impacted by this to reach out to their resident deans.”