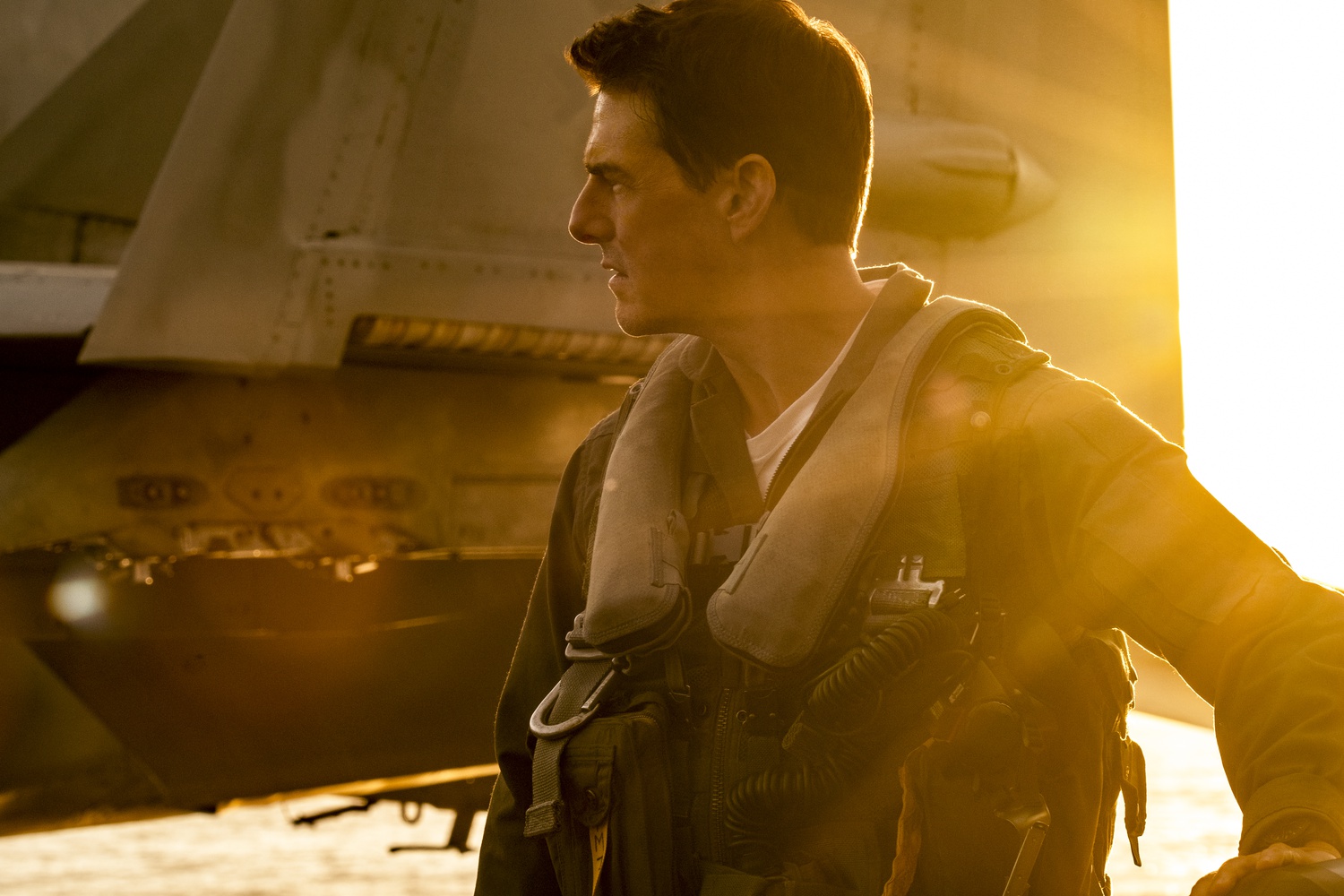 Even before the original “Top Gun” released to explosive reception in 1986, Paramount Pictures wanted Tom Cruise to sign on for a sequel. Cruise, then America’s newly minted heartthrob and de facto promoter of aviator glasses, was hesitant to commit. At just 24 years old, his career was still gaining steam and he itched to expand his repertoire.

Since then, 36 years have passed. The extended stretch between the two films, exacerbated by a postponed release due to the pandemic, has dramatically expanded “Top Gun”’s viewer base. “As time went on, every year I would release a movie, people would be like, ‘What about ‘Top Gun?’ Make another ‘Top Gun,’’” Cruise said in an interview last month. “And it didn’t ebb — now, it was generational.”

Like the 1986 original, “Top Gun: Maverick” follows Tom Cruise as Captain Pete “Maverick” Mitchell. This time, though, instead of being a cocky prodigy enrolled in the U.S. Navy Fighter School, also known as “TOPGUN,” he has to teach the newest class of elite fighter pilots. Contending with the specters of his past, Maverick struggles to train a new generation of TOPGUN pilots for a risky operation that involves neutralizing a uranium enrichment plant built in violation of a transnational treaty. Though decades have passed since Maverick’s education at the exclusive military base, his unorthodox approach to flying has not. He struggles to gain the trust of the young, talented lieutenants — particularly Bradley “Rooster” Bradshaw (Miles Teller), the son of Maverick’s late best friend and former colleague Nick “Goose” Bradshaw (Anthony Edwards). Goose dies while flying alongside Maverick in the first film. Beyond its stunning aerial sequences, punchy dialogue, and balanced sentimentality, the most interesting aspect of the film is its implicit meditations on change.

“Maverick” is animated by the titular protagonist’s anxieties about the passage of time. In a private and stirring exchange, Commander of the U.S. Pacific Fleet Admiral Tom “Iceman” Kazansky (Val Kilmer) tells Maverick, in reference to the latter’s lingering guilt over Goose’s death and his reservations about sending Rooster on the new mission: “It’s time to let go.” The ghosts of Maverick’s past lend the film a strong meta-structure: Just as Maverick contends with history, so does the film itself. Like its protagonist, “Maverick” does not forget its past or deny the call of the future. It listens, as Maverick does, to Iceman’s bittersweet words. The result is a film that soars, reaching even greater heights than the 1986 original. Cruise’s latest is an uncommon generational event.

Even for the uninitiated, the aerial lingo of “Maverick” isn’t confused or overwrought. The seamless integration of viewers into the world of TOPGUN is one of the film’s many successes: Through sharp dialogue, understated yet revealing idiosyncrasies, and anecdotal glimpses into characters’ pasts, “Maverick” welcomes long-time fans and neophytes alike to the California base with ease. The first few scenes in which the young pilots take to the skies are especially vital in orienting viewers to the particular insecurities and strengths of the new class — not to mention this introduction is wildly entertaining. Natasha “Phoenix” Trace (Monica Barbaro) proves herself a dependable partner, encouraging her new weapon systems officer Robert “Bob” Floyd (Lewis Pullman) in the face of taunts by the hubristic Jake “Hangman” Seresin (Glen Powell), who cruises through challenging drills at the expense of his partners. The camera’s focus on these granular interactions lend rich windows into characters’ personalities.

The TOPGUN crew put its jovial camaraderie on display in a bar owned by none other than Maverick’s former romantic interest Penny Benjamin, portrayed by Jennifer Connelly. (While Penny is not featured in the 1986 film, she is mentioned in an early scene). Despite the film’s attempts to paint the captain’s love interest in bold strokes, Penny ultimately falls flat, serving primarily as a source of solace for Maverick in times of self-doubt. A scene in which she steers a boat across unruly waves — her feet planted firmly on the dock as a wobbling Maverick clutches onto the jostling vehicle for support — aims rather simplistically to paint her as headstrong. Yet this persona is never given the airtime to fully develop. The film’s struggle to lend strength and dimensionality to its women extends to the skies. Though Phoenix — notably the only woman to fly on the six-person mission — is a formidable lieutenant in her own right, she unsurprisingly plays the role of mediator, serving as a liaison who steadies and soothes towering male egos.

As D-day approaches, “Maverick” grapples with the cinematic responsibilities of elevation and erasure. Vast, exhilarating aerial sequences frequently render Cruise larger-than-life. Ever the determined risk-taker, he escapes death time and time again by the skin of his teeth; indeed, he behaves not dissimilarly to a demigod. This stratospheric stature is extended selectively to those who wear the red, white, and blue flag on their uniforms. The enemy fighters are faceless, rendering them effectively dehumanized, and don opaque black head protection, all uniform, juxtaposed sharply with the American pilots whose call signs are embossed on their colorful helmets. The contrast between vibrant individuality and monotone conformity is not just a cinematic technique, but also a common feature of military narratives — one that makes foreign death easier to swallow on the home front. Amid the riotous entertainment, the darker subtexts of “Maverick” are easy to overlook. That doesn’t mean viewers shouldn’t scrutinize the film’s choice to paint a deeply asymmetrical portrayal of the human impact of military violence.

The heavy symbolism of the film extends beyond the binary of “us” and “them.” In fact, “Maverick”’s most impactful symbolism lies in the tools it uses to convey arguments about the inevitability of change. One of the most notable is an unsuspecting aircraft that becomes tremendously handy later in the story: an antiquated F-14 Tomcat that an aghast Rooster refers to as a “museum piece.” As Maverick navigates the aircraft in a nail-biting dogfight with the enemy’s sleek, obsidian planes, the symbolic message resounds: Despite the inexorable march of the future, the best of the past endures.

As the F-14 cleaves the clouds, Maverick clenches the grimy controls with Rooster in the backseat — an image strikingly reminiscent of his former partnership with Goose. The film’s thesis on the relationship between the past and present is aptly captured in Maverick’s response to Rear Admiral Chester “Hammer” Cain (Ed Harris), who insists the captain’s kind is set for extinction.

“Maybe so, sir,” Maverick says, an imperceptible grin flitting across his face. “But not today.”