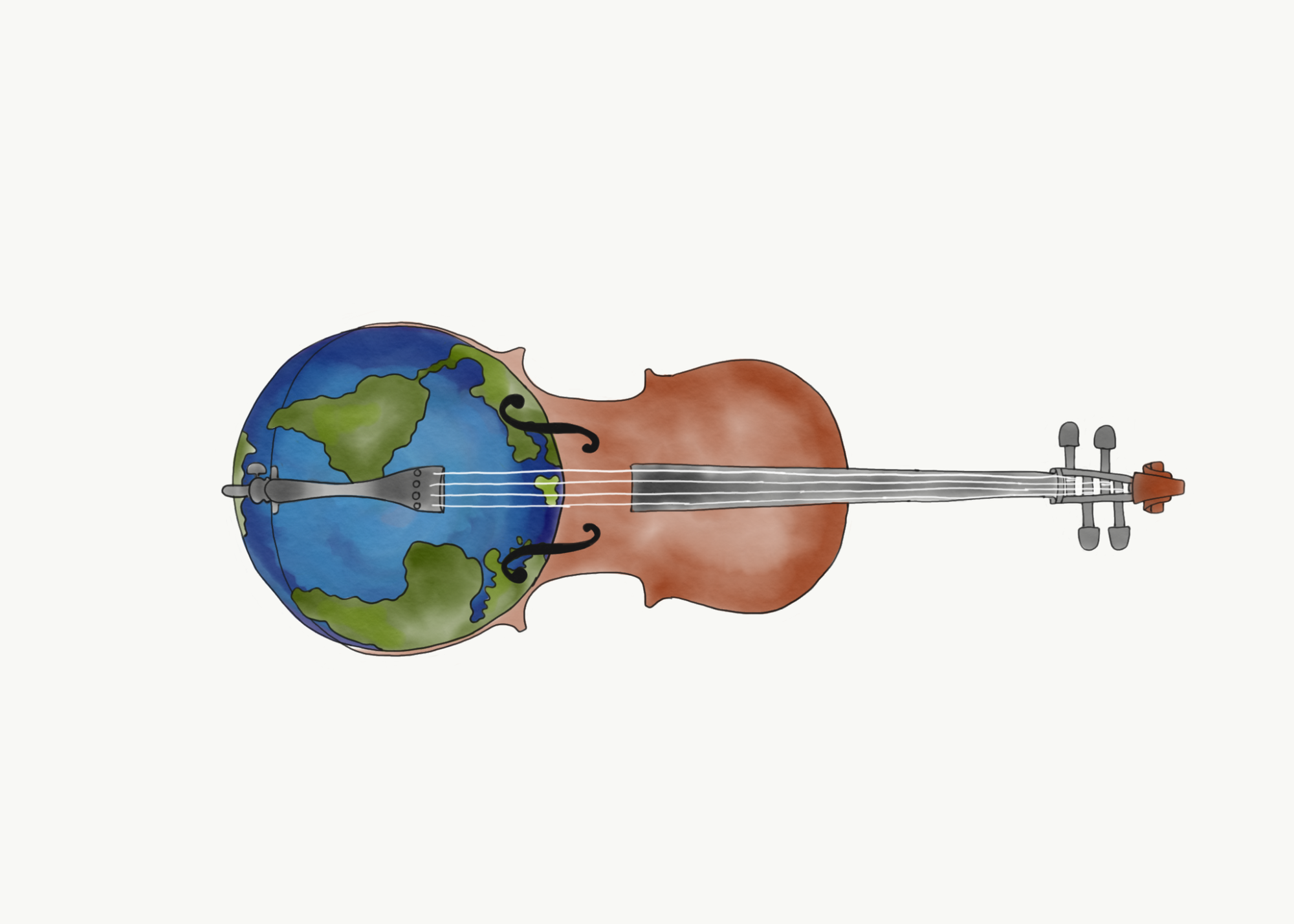 By Ilana A. Cohen, Contributing Writer

It is at once overwhelming, heart-wrenching, and empowering. It is the feeling of being thrown into battle and of transcending the status quo of climate inaction. It is the crescendo of humanity itself. The piece ends on an alarming note: There is a world to save and it is up to you to save it. That was what I first felt when I heard COPUS’s performance of “What If We…?” — a jazz-spoken word hybrid composed by the ClimateMusic Project based on climate data — at the WorldBank’s Art of Resilience exhibition last October. This work does not stand alone; rather, it complements a growing number of pieces composed from interpretations of the sounds of rising sea levels and soaring temperatures. In this way, music provides an innovative medium to bridge the conventional communication gap between the public and the often inaccessible world of research science. By turning science into symphony, they convey the statistics behind the stark reality of climate change with an evocative and uniquely human experience to galvanize climate action.

“What if We…?” is one among many pieces produced by the ClimateMusic Project founded by San Francisco-based artist Stephan Crawford, which aims to “harness this universal language [of music] to tell the urgent story of climate change to broad and diverse audiences in a way that resonates, educates, and motivates.” The works implore listeners to imagine the potential for a transformed future, a what-if scenario in which we achieve a more sustainable system. At other times, they strike a more somber tone, suggesting a what-if scenario in which the intransigence to serious climate action seen today persists, dooming us to a planet of depleted natural wonders and destroyed communities. They do so through overlaying techno beats and instrumental blends with audio snippets of startling facts about the stark reality of climate change.

This correspondence between the music’s tonality and the Earth’s condition also manifests in the concepts of other climate-data-inspired composers. Szymon Weiss and Szymon Sutor’s composition “The Lost Seasons,” first performed at the U.N. Framework Convention on Climate Change COP24 in December 2018, inteprets climate research data through a discordant blend of instrumental and technical sounds. It represents how Antonio Vivaldi’s “The Four Seasons” would change if composed today, amid the climate crisis. Such reconceptualization conveys a sense of radical intergenerational change — an alarming disharmony and urgency in 21st-century life. Meanwhile, the composition of seismologist Lucy Jones’ piece “In the Name of a Warming Earth,” performed earlier this year in Los Angeles, reflects changing surface temperatures, while its fuller blend of softer high notes with intense chords cultivates a sense of wonder in its audience. It invites nostalgia for the world before the intensifying effects of climate change, gently prompting listeners to mobilize against further sorrow.

As they turn science into symphony, these composers are united by the fundamentally and radically experimental nature of their projects. Though science is critical to understanding the urgency of the climate crisis, scientists often face criticism for struggling to communicate their findings in publicly accessible terms. Yet music creates a shared tongue between listeners of diverse levels of scientific understanding — a language of ecological loss and common struggle in the face of the climate crisis. Mixing sound media creates an overwhelming sense of immersion for both the scientific artists and their listeners in their one dying world, with their unity representing a promise for its salvation. In this way, climate-data-driven pieces not only strike a deep chord with their audience to sound the alarm about climate change, but inspire their audience to sound the alarm themselves.

As the climate crisis accelerates, this science-to-sound movement may play an increasingly valuable role: Music can offer scientists, vital authorities on climate change, a new pathway for public expression. It creates harmony in place of the former discordance between academia and the sphere beyond it. As compositions like “What if We…?” become more common, scientists are not only transcending this divide, but carving out an entirely new role for themselves as climate artists and activists to catapult their unique understanding of the stark reality of climate change into public consciousness. The question that remains is which what-if scenario the public will pursue.

— Contributing writer Ilana Cohen’s '22 column, “Expressions of the Climate Emergency,” is a nonfiction column that discusses artistic response and resistance to the climate crisis.