A Brief History of Trolling in the Arts and Elsewhere 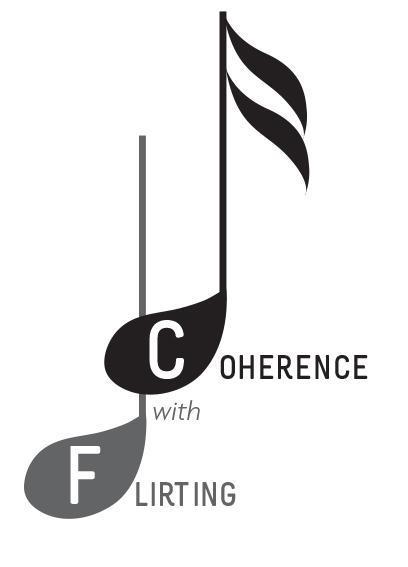 Can you remember the last time somebody trolled you?

If not, perhaps you’re not familiar with the word “troll,” as in the slang verb form “to troll.” This usage derives from another, narrower meaning of “troll” that emerged out of the proliferation of online chat rooms and web forums circa the ’90s, which Wikipedia defines as “Someone who posts inflammatory, extraneous, or off-topic messages in an online community, such as a forum, chat room, or blog, with the primary intent of provoking readers into an emotional response or of otherwise disrupting normal on-topic discussion.”

As with other popular internet slang, trolls and trolling have migrated from the virtual into the real. It’s relatively common to hear of people “getting trolled” in everyday life, which I would define as being deliberately misled and thereby humiliated or made upset. Not all trolling is created equal: most trolling, like slipping a fake anonymous love letter under your roommate’s door on Valentine’s Day, is generally harmless. Other forms of trolling, however, can border on harassment and possibly be subject to legal action.

Although trolling is becoming an increasingly mainstream phenomenon of contemporary youth culture, be apprised that the practice has been around since ancient times. It’s also important to note that being smart isn’t enough to avoid being trolled—even people like Plato got trolled from time to time. Case in point: An apocryphal story goes that Plato once offered Socrates an elegantly concise definition of man as a “featherless biped,” to which Diogenes of Sinope, an essentially homeless philosopher and troll par excellence, replied by offering Plato a de-feathered chicken, i.e., a new member of mankind.

Of the different realms in which the art of trolling takes place, the arts may be most insidiously affected because of how difficult it can be to identify fraudulent artistry—essentially a work of art whose merit is unearned on a formal level, but is still earned through some intentionally deceptive means (like a conceptual artist whose explanations of his or her art are so purposefully dense and opaque that even professional critics would be fooled into thinking that the artist was brilliant) or unintentionally (an artist whose work is created haphazardly and doesn’t reflect technical achievement or conceptual brilliance, but somehow happens to look like it does). For instance, a recent n+1 article explains how the American philosopher Stanley Cavell abandoned a possible career in music after struggling with how to differentiate true art and fraudulent art. (Academia in general is also subject to risk, though—just look up the Sokal Affair). For a mainstream instance of alleged arts trolling, check out “Exit Through the Gift Shop,” a documentary chronicling a French immigrant’s rise to fame as a street artist through clever marketing and publicity—even though the art itself is questionable.

As a student of jazz, I’m intimately familiar with trolling in an art form that has its fair share of trolls. Trolling in jazz is not uncommon: for as long as musicians have been holding open jam sessions, inept musicians have been showing up to the chagrin of other players. In response, the rhythm section, consisting of bass, drums, piano, and guitar in some configuration, might troll these inadequately prepared musicians off the stage by changing the key in which the song is being played. This renders the musical choices of the soloist completely irrelevant and often causes his or her playing to sound extraordinarily dissonant and therefore just plain bad.

Another story I’ve heard involving jazz trolling began with a series of phone calls. A musician thought he’d play a practical joke by calling every bass player he knew and setting them up for what they thought was a real gig. These poor bassists agreed to meet at the place and time designated by their false employer, and at that particular day and time, bystanders were bewildered by the convergence of 30 men lugging double basses into the center of Time Square.

The only thing that really matters for us non-trolls, though, is how to respond to a troll. Several weeks ago, a young musician in New York criticized Wayne Shorter, a legendary saxophonist who played with Miles Davis in the ’60s and became a widely respected composer in his own right. Ordinarily, this wouldn’t provoke too much controversy; everybody’s entitled to his or her opinion, right? Unfortunately, the phrasing of the comment, which used expletive language to insinuate that Shorter is a musical charlatan who is undeservedly lauded for his contributions to jazz, and the fact that it was shared publicly on Facebook led to a firestorm of replies and social media mini-debates; It even led some musicians to interpret the episode as evidence of the jazz community’s doomed future: a splintering and dissolution of this marginalized artistic community.

As I’ve learned over the years, and as I hope many of those involved with this particular incident have learned, the best way to deal with trolling is to ignore it. Trolling stokes its own fire, and even cases that initially begin as unintentional provocation can turn into trolling—when parties become aggrieved and respond, causing the original provoker to feel defensive and shift from unintentional provocation to great provocation in self-defense. Certain incidents may require the intervention of outside parties, but I’d hesitate to call these incidents trolling. At a certain point, it’s just harassment.

Harassment is bad, and trolling can be bad, but it needn’t be. At this point, sometimes I even enjoy getting trolled just a little bit, but as with drinking and as with art-making, we have to be responsible about it. Troll responsibly.