Musical Gluttony And How To Suppress It 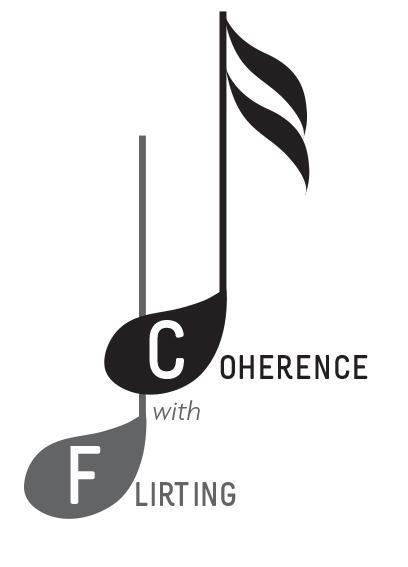 I was a junior in high school when it started.

Every Saturday morning, I would leave my house in suburban New Jersey and take a train into Manhattan, transfer to the subway, and make my way over to the Manhattan School of Music on the Upper West Side. It was there that I became a musical glutton.

One of the privileges of attending the music school’s pre-college program for high school students is complete access to the music school’s library. For two years, my weekly ritual was a walk down along the long series of stacks to the CD retrieval area, a small room separated by a waist-level divider (not unlike a drive-through without the car). I would hand the library worker—usually a somewhat homely female conservatory student, cruelly nicknamed “The Chub” by my peers—an index card with call numbers for the five CDs I’d be taking home.

It started off small: taking home five CDs and then ripping them to my hard-drive wasn’t too much to handle. I could listen to a record a day and then hand them back next week for a fresh stack of music to consume. But then I discovered box sets: “The Complete [Insert Artist Name Here] on Blue Note [7 Disks],” “Complete [I.A.N.H.] Sessions on Decca [5 Disks],” “The Complete [I.A.N.H.] on Verve [14 (!) Disks],” etc. At the time, I thought of this kind of hoarding behavior as pre-hibernation for the bleak post-pre-college years when I’d be separated from my beloved source of aural stimulation. Once I finished high school, I figured, I’d finally have time to sit down and listen to all of the music I had accumulated.

As it turns out, I now have 21076 items in my iTunes library, i.e., 85 days, 23 hours, 19 minutes, and 54 seconds of sound. To be perfectly honest, I probably haven’t listened to more than a quarter of the songs in my library. What’s worse is that since graduating high school, I’ve discovered an even faster way to acquire large amounts of music: subsuming the libraries of friends via external hard drive, which has added days of music by artists I’d never even heard of (and still don’t recognize, really).

I can’t remember exactly when I realized that I had a problem, but what I can remember is the long series of attempts—mostly failed—to address it: making “Currently Listening” playlists for regimented weekly consumption, trading in my iPod for my CD player (affectionately known as the “oPod”), trading in the CD player for the iPod and going on permanent shuffle, and so forth.

But there’s hope. In the past, I think the reason for my uncontrollable urge to assimilate everything like an edacious musical blob was because I was worried about missing out; I didn’t want to pass up a chance to get some music that I might not have such easy access to later. Things are different now, mostly because so much music is available for free, any time and all the time. This comes with its own set of problems, most significantly the threat presented to the livelihoods of musicians, but for myself I’ve learned to curb my music-hoarding compulsions—at least a little bit.

When I was younger, I regularly used to read a series of books called “Uncle John’s Bathroom Reader,” which served precisely the purpose its title declaimed. My favorite part was the fortune cookie-length facts, known as “running feet,” one of which would run at the bottom of every page. I remember one such fact—that an adult requires exposure to something seven times before he or she learns to like it (if he or she doesn’t the first time, that is). It’s common sense that the best way to learn to appreciate something unfamiliar is repeated exposure, but I didn’t think to apply this to my musical consumption habits until recently.

Setting my mobile music device on “repeat all” has tempered my need to expand my collection, and I’ve finally found contentment in the middle way of repeated listening. I should be forthcoming about this method, though: what probably helped me even more than adhering to a schedule of repeated listening was actually an accident.

A little while back, all of my music from my mobile device was accidentally disposed of through some technical issues. I chose not to fill up said device as I had before, and the absence of clutter has kept me in check ever since. That said, there is something inherently reassuring about the plenitude of a full mp3 player—never having to worry about not having enough stuff to listen to—but having too much to choose from is distracting more than anything else. There ends up being too much noise.