Alleviating the Effects of Misogyny in Rap and Hip Hop Music 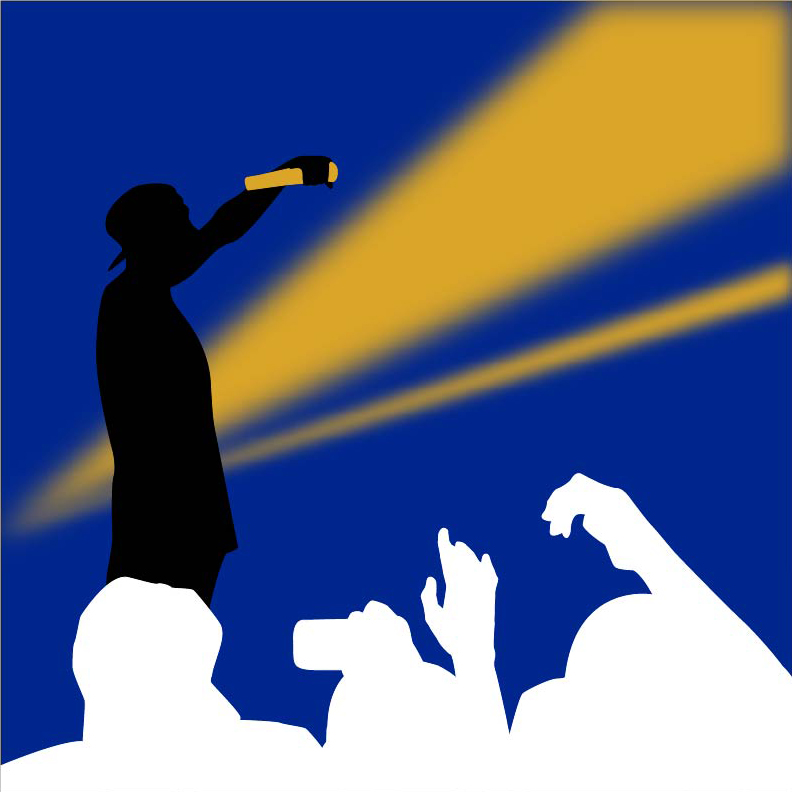 In 2017, for the first time in history, hip hop/R&B officially became the most consumed music genre in America. Consumption of rap music increased by 25 percent from 2016, recording the second-largest growth of any music category. In fact, the past few years have marked groundbreaking success for the rap and hip-hop industries, as the genre has progressed from taboo to widely accepted.

Moreover, the average age of hip hop listeners is the lowest of all major music genres in the United States. Because of this impressionable demographic, the content of hip hop and rap music has particular potential for impact. Hip hop and rap music effectively convey significant and powerful messages, from expressing grievances in the black community to illustrating the vision that even the poorest black Americans from the most dangerous neighborhoods can achieve wealth and fame—a potent image for young black people in those very situations.

But along with these positive messages come more insidious connotations. One such example is the saturation of rap and hip hop music with misogynistic lyrics that hypersexualize and give little to no respect to women. On Feb. 24, 18 out of 25 of Billboard’s top rap songs—most of which are also classified as hip hop—had lyrics referring to women as “bitches,” “hoes,” or “whores.” While the core message of most songs do not line up with such belittling rhetoric, these words saturate the songs with misogynistic undertones, and their presence in so many top songs indicates how pervasive said undertones are.

The overt lionization of infidelity is similarly prevalent and problematic. One doesn’t have to venture far to find an example of this glorification. In “Gummo,” number 12 on Billboard’s Top 25 as of Feb. 24, 6ix9ine says, “Your girl on my phone / she wanna fuck but… I only want the jaw / that’s really all I use her for as I kick her out the door.” The next song on the chart, A$AP Ferg’s “Plain Jane,” contains equally demeaning lyrics: Towards the middle of the song, he says, “I fuck yo bitch for the irony.” These misogynistic lyrics run contrary to the progression of gender equality. At a time when some of the nation’s most power leaders have undercut the social strides we have made as a country, it is important to be vigilant in denouncing misogyny and to be careful to not take these aspects of rap and hip-hop to heart.

This is especially important in the black community, both because black Americans represent the largest percentage of consumers of hip-hop and because the creators of the genre’s music are predominantly black. If lyrics are ever going to positively evolve, it is important that young, aspiring rappers do not internalize these messages. In addition, trends in family composition, like single-parent households, are more prevalent in the black community than in any other American racial group. According to a study in “Demographic Research,” a journal on population sciences, children born or raised outside of families with married parents may experience diminished wellbeing. These relationship trends are due to a conglomeration of factors, including the current disproportionately high incarceration and poverty rates in the black community. It is difficult to directly measure the impact that misogynistic music lyrics have on the black community, but by taking care to internalize the positive messages in rap and hip hop, and disregard the negative undertones, listeners can better promote a culture of respect for women.

This, however, does not mean that censorship is the answer—though a reevaluation is certainly warranted, and not just for rap. Misogyny manifests itself widely and across genres from rock and roll to country music. Instead of censorship, consumers of rap and hip hop who will ultimately become the genre’s creators should be cognizant of the messages that they subconsciously integrate into their thoughts, actions, and vocabulary. Words are powerful, and consistent auditory exposure to an ideal can have concrete effects on people’s mentality. This principle is indicated by the “mere exposure effect,” which states that people develop preferences for stimuli to which they are repeatedly exposed. Verbal influence can yield positive or negative effects on behavior. In a bid to make America a more socially equitable place, rap and hip hop consumers should try to optimize the positive effects, and minimize the misogyny in the music they listen to.